The Future of Yacht Recycling Conference will take place during the ...
Browse News Section

The Future of Yacht Recycling Conference will take place during the 2015 METS (Marine Equipment Trade Show) week at the RAI Conference Centre in Amsterdam on November 17. The event is sponsored and fully supported by METS. 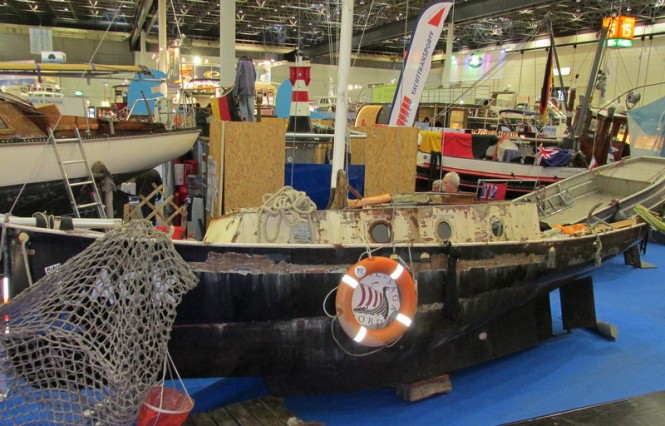 It’s an issue that won’t go away. What to do with boats when they reach the natural end of their life?

The term ‘End-Of-Life Boats’ and the business prospects for a form of organised yacht recycling network have come to prominence recently as part of the narrative in yachting circles, due to a perfect storm brewing. The boom years of the 70s and 80’s, mass producing GRP yachts from long-life composite construction materials, are now presenting the yachting industry with some economic and environmental challenges.

London based Quaynote Communications in partnership with YachtMedia who operate as nautical media consultants from Rotterdam in The Netherlands, have announced a conference specifically targeted at this business area, entitled ‘The Future of Yacht Recycling.’  The one day conference is to be run in conjunction with METS 2015 (Marine Equipment Trade Show) at the Amsterdam RAI conference and exhibition centre on 17th November.

The International Council of Marine Industry Associations (ICOMIA) has estimated that there are more than 6 million recreational craft in Europe alone, and as we all know, the larger percentage of these are constructed from GRP. The study revealed that present disposal methods are crude, and generally involve chopping up composite structures and reducing them to fragments that can be sent to landfill. This approach is considered unsustainable in the long run; already certain countries, such as Germany and the Netherlands, have regulations restricting the disposal of GRP to landfill. So, recycling will become the only realistic option.

But, something is happening at last! The sharing of information between various EU countries is, and will be vital. The costs and who pays will have to be addressed. Some options such as a EU administered yearly disposal tax on all boats, or an ‘up front’ payment when the boat is purchased are being discussed. Towards the end of this year the Brussels based European Boating Industry organisation will publish for the first time a set of guidelines designed to lay down some best practice examples, and this may lead to future EU legislation on disposal of yachts that have reached their end-of-life.

There have been significant advancements in several European maritime nations in the last two years with some organised yacht recycling schemes becoming independently established, and also some break throughs in tackling the particularly challenging problem of cost effectively recycling GRP, and finding secondary use applications for the resulting reconstituted materials.

The Netherlands is a particularly suitable location for this inaugural commercial Yacht Recycling Conference. Historically Holland is a leading maritime nation, and has a very large number of ageing leisure yachts in its domestic fleet. The Dutch government also prides itself on its care for the environment, and for its responsible ecological management policies, not least across its vast network of inland waterways.

With this well documented background, Quaynote and YachtMedia believe that the timing is perfect to bring together in Amsterdam as many interested parties as possible, to share experiences, latest technologies, legislative updates, commercial funding possibilities, and of course business opportunities!