The Superyacht Builders Association (SYBAss) has announced that it has taken ...
Browse News Section

The Superyacht Builders Association (SYBAss) has announced that it has taken the last step to being recognised as the representative of the superyacht industry by the International Maritime Organization (IMO). Since receiving provisional consultative status two years ago, SYBAss as well as its members have made a number of major contributions to the work of IMO. This has now led to SYBAss being granted full consultative status by the IMO Council, a decision that was approved by the IMO Assembly on December 4, 2013.

“We were delighted to receive this news during the 28th meeting of the IMO Assembly in London,” comments Theo Hooning, secretary general of SYBAss. “Almost 170 countries were present and their approval of our permanent status means the superyacht industry at large now has a dedicated voice at the highest regulatory level. As the representative body of the leading superyacht builders, this recognition by IMO is perhaps the greatest achievement yet by SYBAss since our formation in 2007. We will continue to do everything possible to support our highly specialised sector within the wider marine world.”

Over the last two years, the SYBAss secretariat has used its consultative status as an NGO to attend all relevant IMO committee meetings and provide detailed reports to SYBAss members on regulatory developments. “Timely awareness of upcoming regulations is of utmost importance for the builders and designers of superyachts,” explains Hooning. “This is vital as the time between contract and delivery of a superyacht can easily be three to four years. Moreover, new rules are often based on data about large merchant vessels, yet the design, construction and operation of superyachts is very different. Now we have full consultative status SYBAss will safeguard the interests of our members and the superyacht sector in general whenever possible, especially in the areas of concern to yacht builders.”

The secretariat, with support from SYBAss members, actively participates in IMO committees, correspondence groups and working groups. A good recent example is the new criteria for intact stability. Noting that the initial criteria proposals were unsuitable for superyachts, SYBAss succeeded in having them amended to suit the size range and slender hull lines of superyachts.

Other areas in which SYBAss is currently active within IMO are the regulations for reducing nitrogen oxide emissions, greenhouse gas emissions and issues related to the International Tonnage Convention. 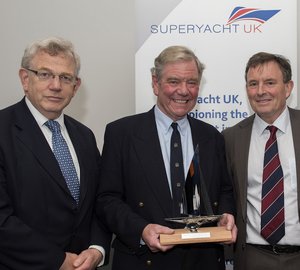 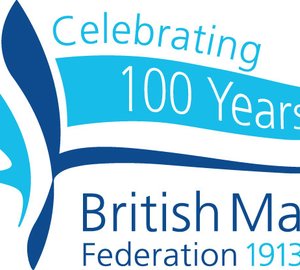