A sail to be remembered was documented today for all participating in race 4 of ...
Browse News Section

A sail to be remembered was documented today for all participating in race 4 of the Fife Regatta 2013. Pushed to their limits, the attending yachts demonstrated how a century of the extraordinary skills of William Fife created strong, efficient as well as spectacular vessels. 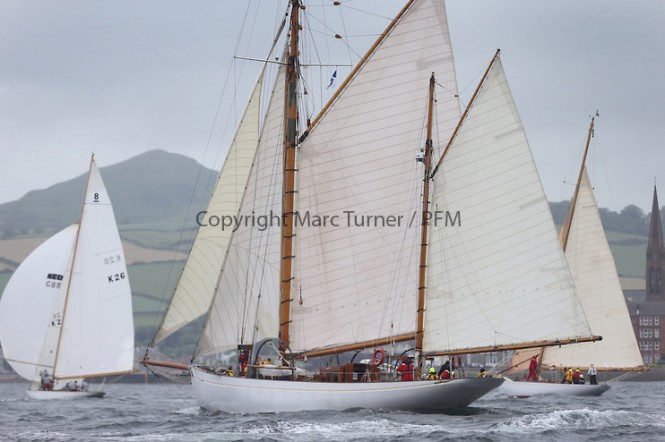 Leaving the shelter of Portavadie Marina they gathered in Loch Fyne with sun peaking through dramatic skies reflecting beautifully off the varnished decks of American yacht Astor as she set off in her quest of victory on Independance day. Waking to a day of sunshine and wind between 15 – 20 kts is very pleasing for a sailor and most were not disappointed.

Latifa and  Kentra  powered through the start line giving a fine spectacle of classic quality. Continuing with her were class 1 boats Sonata and Solway Maid. These yachts share the same hull design but differ in their rigs. Sonata is the only yacht with an Aluminium mast and was completed in the 1950s with this more modern approach. Solway Maid having recently been lovingly refurbished was looking stunning surfing downwind with her spinnaker flying requesting everything of her crew onboard.

Class two boats followed suit in wonderful breeze and were a splendid sight against the back drop of Arran and the mountain ridge of Goatfell and the “warrior”. Truant and Mikado were tussling it out at the front of their class with incredible boat handling and making exceptional speeds. Challenging each other with their sail plan Mikado remarked later in the sailing club bar that they used almost every sail they had and had not forseen so many sail changes to maximise on their days racing. Asked to sum up the day they said “if the week hadn’t been extreme enough then today certainly topped it – it had everything”. 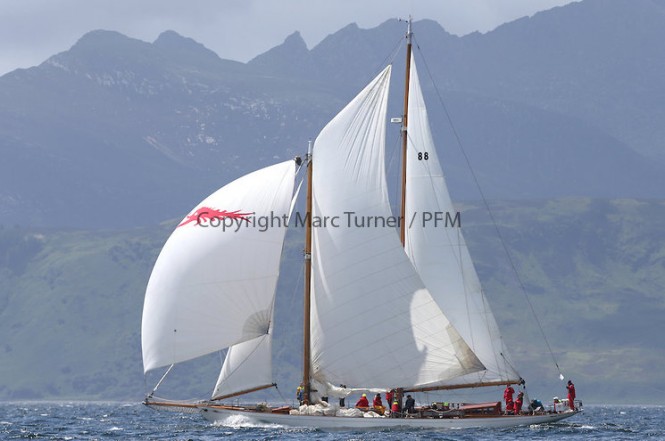 The class 3 boats started separately in the East Kyle between Bute and Inchmarnock island. Being an hour later they dovetailed into the race and enjoyed phenomenal sailing close into the Bute shore and across into the home straight to Largs. It was not without eventuality as the breeze built with squalls exceeding 30kts.

This was on the edge for these small yachts and they were forced to tack round instead gybing in order cope with the power in the sail, the rig and the sea. Oblio, owned by Gordon Turner, spectacularly took on the challenge of gybing and as an eye witness there were definitely a few wet wellies and assistance required from each other to keep all crew onboard.

Rounding the final headland of Millport Bay brought the yachts into more sheltered waters in the Largs Channel. It is a welcome feeling after what was described by one competitor as a “screaming sail, the type that is a fine line between exhilarating and terrifying!” It is without doubt that this will be a race remembered and talked about for a very long time and will find its own place in the archive stories of the great Fife yachts.

Results of Race 4 on the Fourth of July will give cause for celebration for Astor as she claimed 1st place and is tied on points with Latifa as they approach the final race of the series tomorrow. Mikado scored first in class 2 and leads overall and Mignon won continues her winning streak in class 3 with straight firsts. 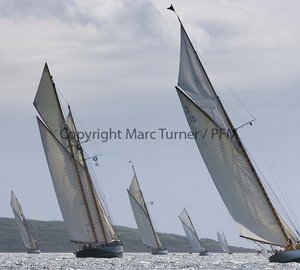 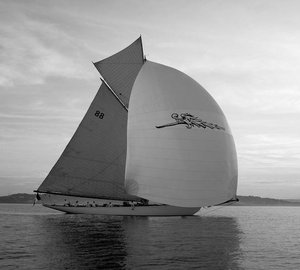 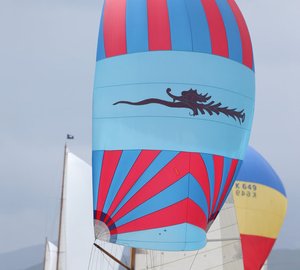 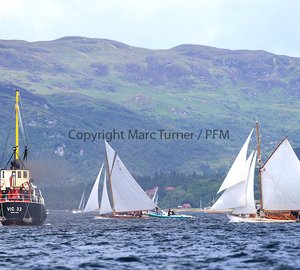