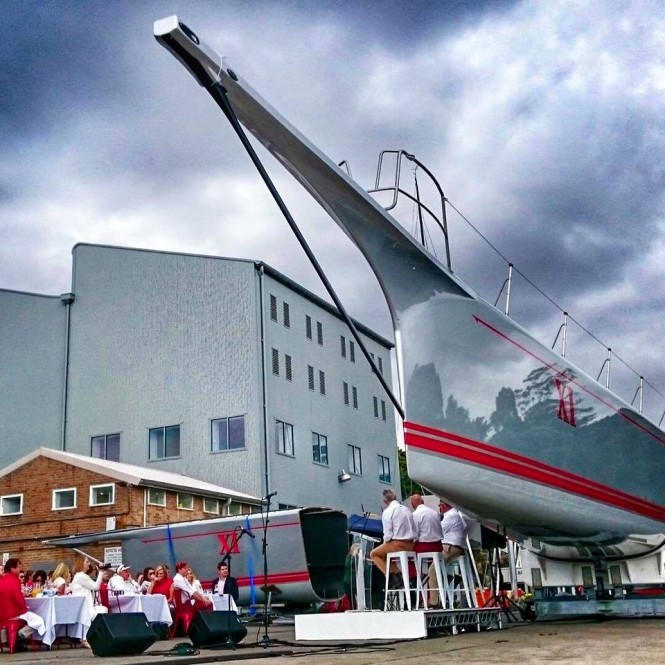 “She just lifts her bow and goes like she’s never gone before,” commented her skipper Mark Richards. “It’s still early days, but I think we’ve got the yacht we wanted.”

Richards and his 18-man crew had pushed the 30-metre sloop as hard as possible during the trial that took place off Sydney. The near 300 nautical mile passage was the first solid test for Wild Oats XI since she was re-launched ten days ago following hull modifications. These saw the hull almost cut in half and a new, 14-metre bow section fitted. It was a meticulously calculated modification which it is hoped will lead to Wild Oats XI leading the 110-yacht fleet into Hobart for the ninth time in 11 starts in the 628 nautical mile Hobart classic, which will kick off on Sydney Harbour on Boxing Day.

Her next test will take place in the Solas Big Boat Challenge, a Hobart race curtain-raiser. This will be hosted by Sydney Harbour starting at 12.30pm tomorrow.

Richards said that the new, more buoyant forward sections of the hull, mixed up with the larger and more powerful sails the vessel now boasts, had contributed to a noticeable increase in speed on almost every point of sailing. However, he was quick to add that Wild Oats XI’s arch rivals for line honours in the Hobart race – Comanche and Rambler 88, as well as Perpetual Loyal and Ragamuffin – would be hard to beat to Hobart, especially if they get strong cross-wind reaching conditions.

“We’ve done everything possible to make Wild Oats XI a better all-round yacht,” commented Richards. “The Hobart race usually sees a real mixed bag of conditions: you get to sail upwind and down in light winds and strong. Wild Oats XI’s strength has been her ability to be competitive on all points of sailing, and now we think she’s even faster. While we are far from confident about being first to Hobart, we believe we will be hard to beat if we get our conditions.”

Wild Oats XI is the current record holder for the Rolex Sydney Hobart race with a time of one day, 18 hours, 23 minutes and 12 seconds. She represents the most successful yacht in the 71-year history of the Hobart race, but this year, she is likely to face her most challenging competition since being launched in 2005. 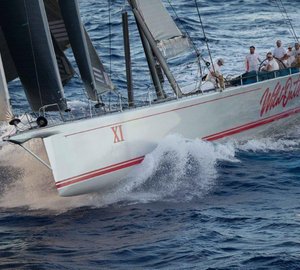 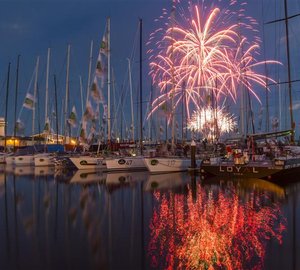