Getting ready for her exciting new journey, motor yacht SURI is an ideal Halter Marine expedition vessel, converted in 2007, currently under refit. She is measuring 50 metres and her refit was designed by Kirilloff & Associates and Stan Antrim of YES. At the moment located at the Bayship and Yacht Co. yard in San Francisco, superyacht SURI is having an 11m extension applied to the mid-body as well as other additional features for even more space aboard and in order to accommodate even more water toys. Works on her extension have started in February this year and should be completed by the 1st of May, 2012.  SuRi is currently preparing for her maiden voyage cruising the entire coast of North and South America, after which she will move to the South Pacific. 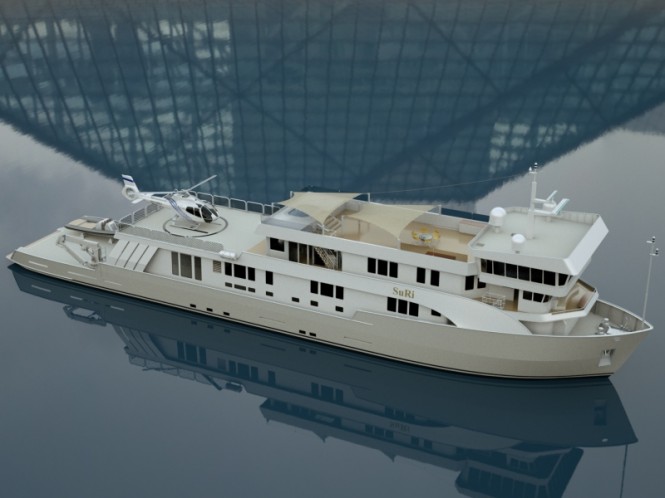 One of the highlights when stepping aboard SURI will be the ‘Windows to the Sea’. This unique feature has been installed on the superyacht for the first time ever; two large windows under the water are illuminated by high intensity lights, which attract fish right up to the vessel, providing a natural aquarium viewed from the interior of the yacht.

Thanks to her refit, motor yacht SuRi will feature new engines with more horse power, quieter running, less environmental impact, increased speed and more fuel efficiency. Her longer sun-deck will provide even more space for sun bathing and relaxation. The bridged deck and the helicopter deck will be extended 11 metres continuing from the comfortable and elegant existing lounge, which can be closed off in glass and it is completely climate controlled. It can also have the existing lounge aft doors closed, all the glass panels opened for the fresh breeze to enter, for guests’ commodity. 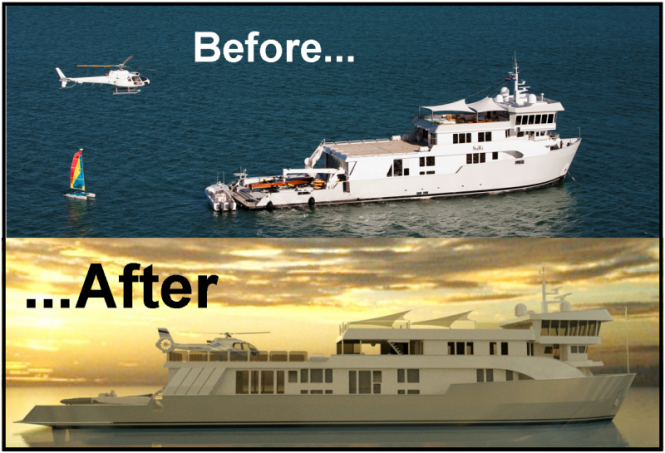 Luxury motor yacht SuRi – before and after

Superyacht SuRi will feature two additional full beam mezzanine guest cabins, outfitted to continue with the existing guest cabin style. The existing cabins will also be expanded and reconfigured. All will allow for an unparalleled, private view.

The main deck also receives the full added length of 36ft in the hangar, to accommodate even more water toys and tenders that before. 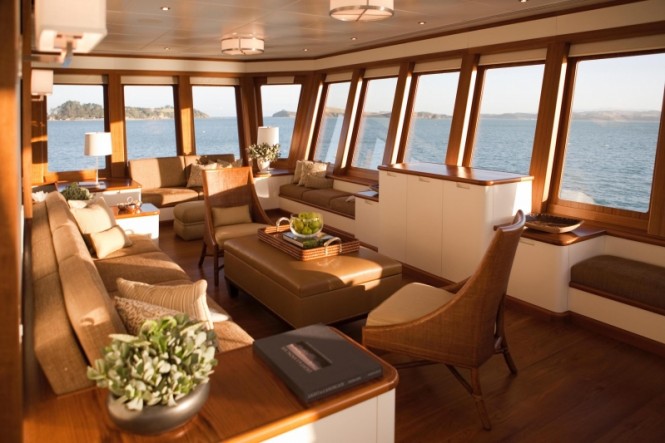 Aboard charter yacht SuRi – before the 2012 refit

There are two additional fully equipped areas on the starboard side of the new Hold Deck for exercise, yoga and for additional lounging and meeting area. Children can also use this area for entertainment and playing. On the port side of the hold-deck there is a relaxing and comfortable cinema room equipped with the latest television and sound system. This is also the space where the ‘Windows to the Sea’ can be found. 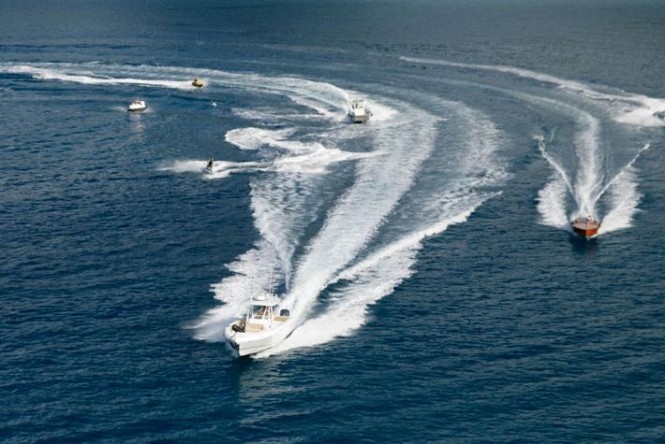 Charter guests will be comfortably accommodated in 5 luxuriously appointed cabins with 10 berths in total and well looked after by a professional and friendly crew of 10.

Once her refit programme is completed, the new and larger SURI will set off for an amazing grand tour cruising the entire west coast of the North and South America, following which she will head down to the South Pacific for the ultimate adventure and discovery voyage. 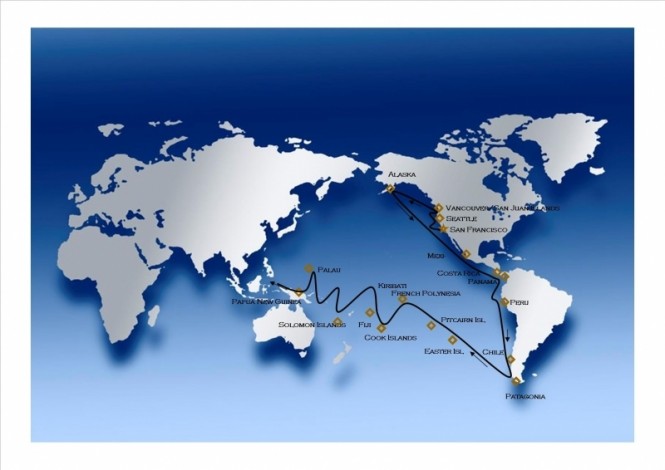 Her cruise will start in the North West of America, exploring such unique and exciting places as the San Juan Islands, Seattle and Alaska before moving on to her journey south. 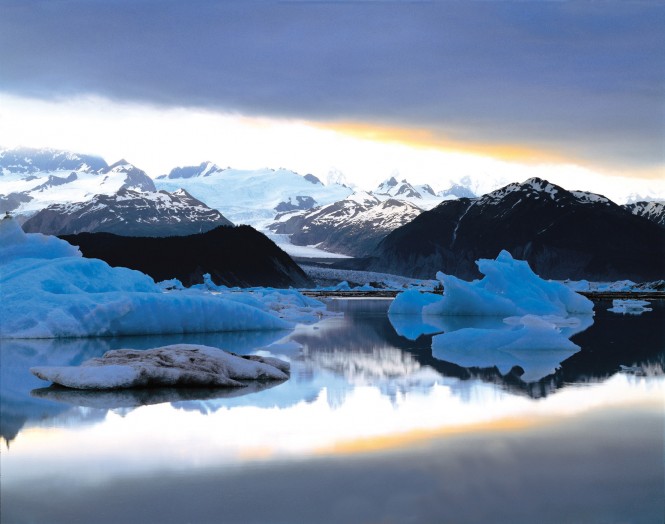 Quite uniquely for a charter yacht of her size, SuRi is planning on cruising down the Coast of America, stopping at places such as Mexico, Costa Rica, sailing past the Panama Canal and on to the coast of Chile. She will then go right down to Patagonia where she will offer a unique possibility for charter in Antarctica. 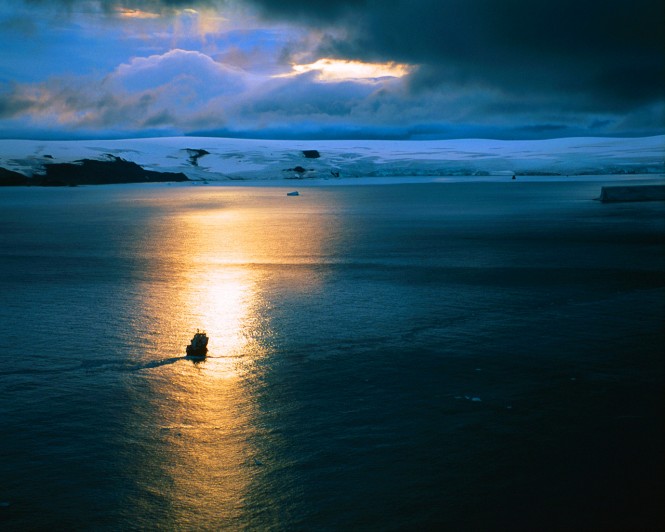 Plans are for SURI yacht to leave Patagonia at the beginning of 2013 to make the ultimate journey across the South Pacific to South East Asia. With the main focus on adventure and discovery, SURI’s luxury charter vacation will incorporate stop-overs at such exotic locations as the Easter Island, the Pitcairn Islands and Papua New Guinea. 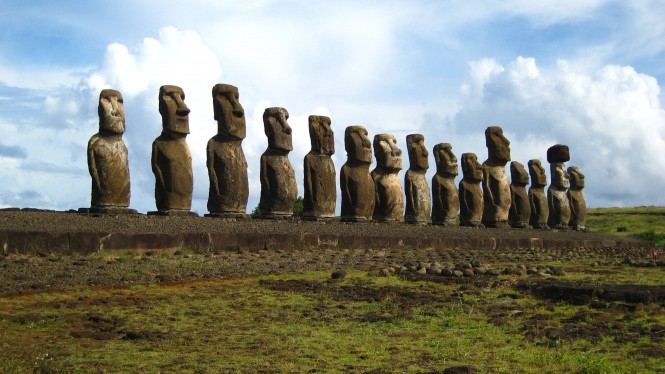 Charter guests aboard SURI will have the possibility to experience countless new discoveries in the more remote destination of the South Pacific, all in great style and comfort, which will surely open their minds to a somewhat forgotten world. Superyacht SURI will be available the entire journey across, either for sections of the trip or the whole voyage. 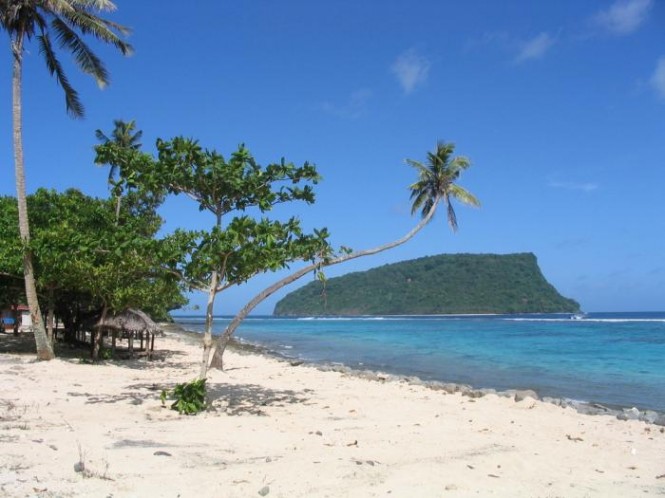 To find out more about chartering SURI or any other luxury superyacht, please do not hesitate to contact us for more information. 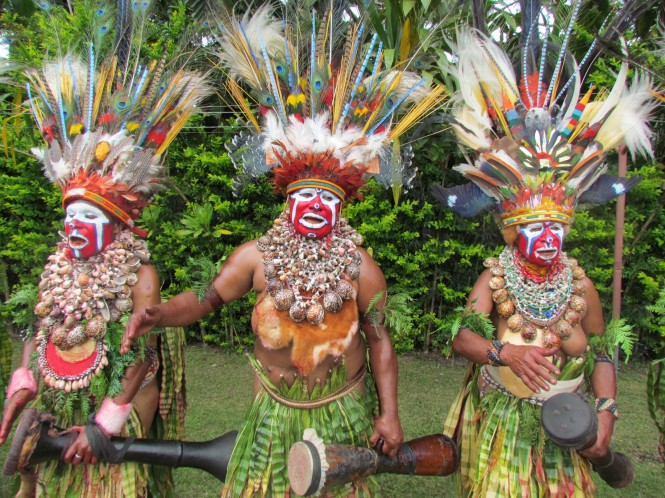 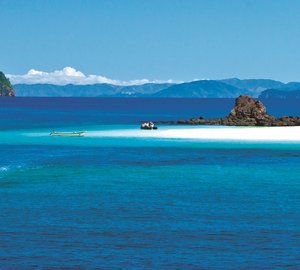