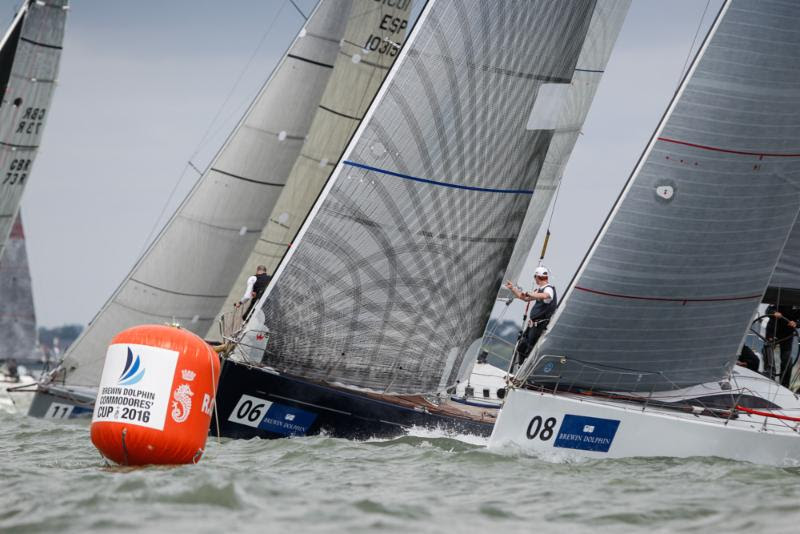 Competitors from the south side of the English Channel have the upper hand after the opening day of the Brewin Dolphin Commodores’ Cup, the Royal Ocean Racing Club’s biennial event for three boat teams with Corinthian crews.

Day one saw Principal Race Officer Stuart Childerley lay on two windward-leeward races followed by a ’round the cans’ with a reaching start. These were held in the central-eastern Solent with the start set up off Lee-on-the-Solent. The southwesterly breeze was relatively light at the time of the 1030BST start, but by the end of the final race mid-afternoon had picked up to 20+ knots, with some lumpy wind-against-tide conditions.
Stand-out team today was the favourite, France Blue, but second-placed France White is still in contact with their fellow countrymen as are their neighbours in the Flanders North Sea team.
RORC Admiral Andrew McIrvine and his First 40 La Réponse in GBR Red got off to a strong start claiming the opening race of the day, blazing down the last run with the new breeze, but was subsequently 12th in race two. McIrvine explained: “We got stuffed at the start and then got caught in traffic at every corner. But it was very close – you just had to have a couple of bits of bad luck and suddenly you were pushed down.” La Réponse then salvaged a sixth in the round the cans race after a tricky first reaching leg.
In GBR Blue the ‘small boat’, Tom Kneen’s JPK 1080 Sunrise had a similar zero to hero story: OCS in race one, but blitzing race two to take the bullet. They then suffered some technical failures in the final race, the jib breaking out of the headstay foil, followed by the Code 0 pulling out a deck fitting during the second reaching leg. “A D-ring sheared off and it nearly took our bowman’s head off,” downwind trimmer Marcel Herrera recounted.
Lowest scoring today was Cifraline 4, the turboed Jeanneau Sun Fast 3200 belonging to the boat’s designer, Daniel Andrieu, which posted a 1-3-3. Their France Blue team mates, the A13 Teasing Machine had a disappointing second race, finishing ninth but went on to win the final race, despite suffering a major headsail wrap on the second reaching leg, north across the Solent.
“Overall we had a good day with reasonable winds. The committee did a very good job with the courses, especially the last one,” said Teasing Machine owner, Eric de Turkheim. The first two windward-leewards saw the fleet taking the right side of the beat en masse, because, as Teasing Machine tactician Laurent Pages explained “there was a little bit of tide difference. It was a tricky deal because there was less current against us on the right side but there was some wind curvature and we were going into a left hand trend. It worked well in the first race, but it didn’t work so well in the second.” 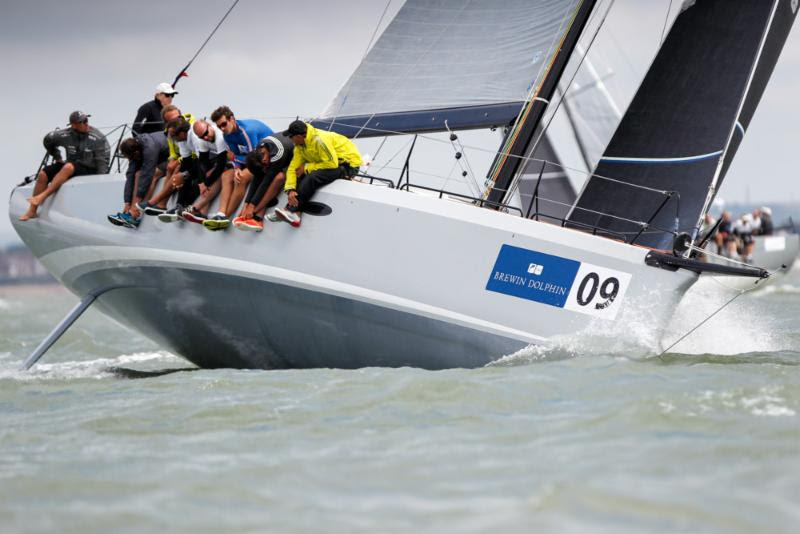 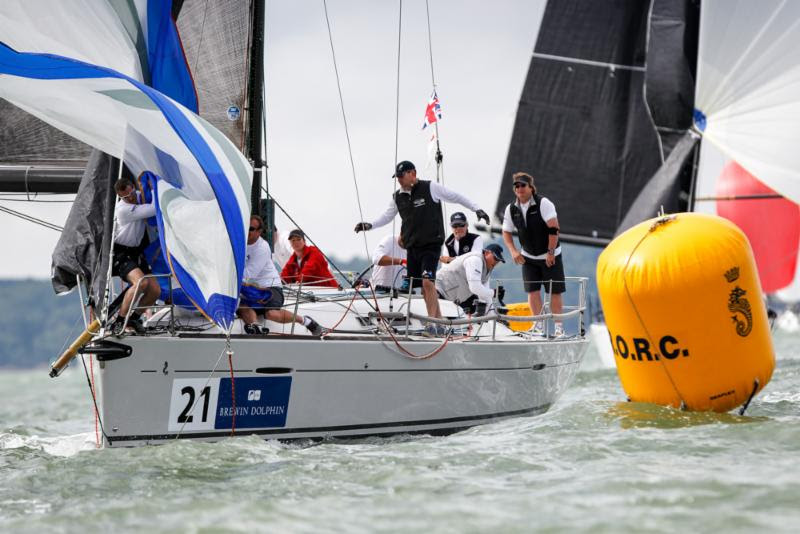 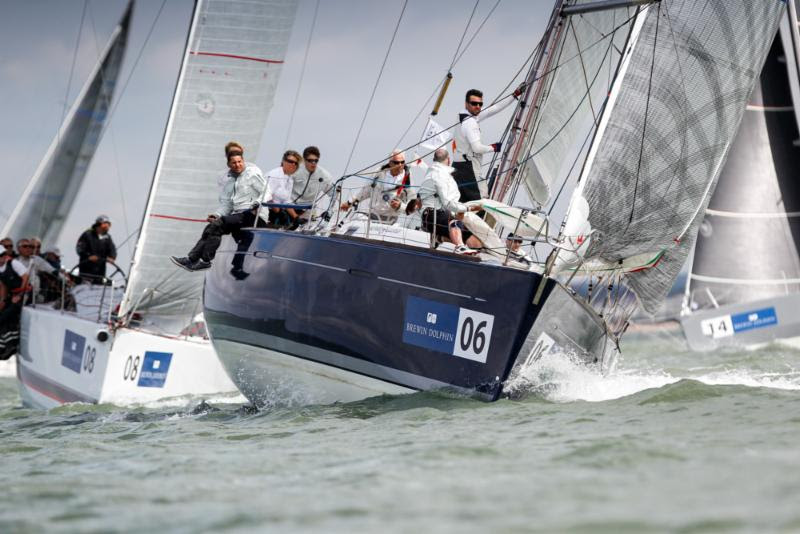 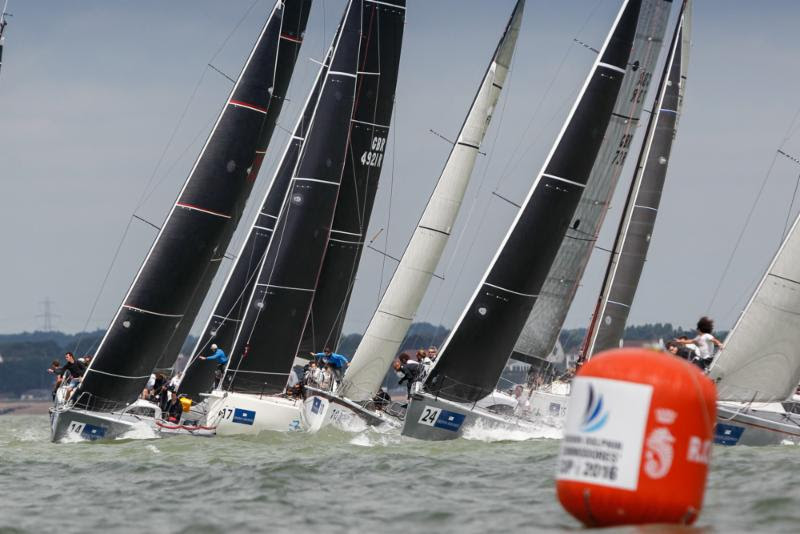 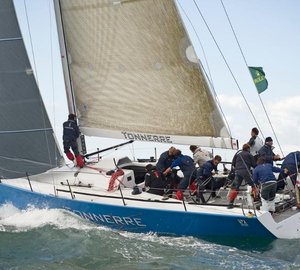 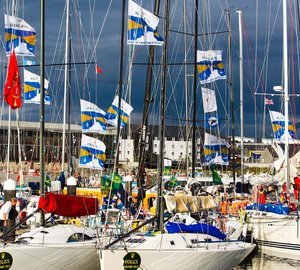 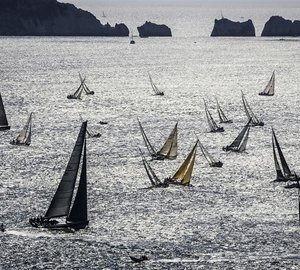 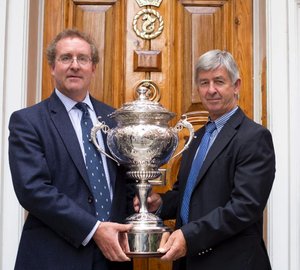