Rosetti Superyachts is currently building a brand new expedition yacht known as the RSY 38M EXP, on schedule for delivery spring 2021 to experienced Owners who were closely involved in all stages of its creation. 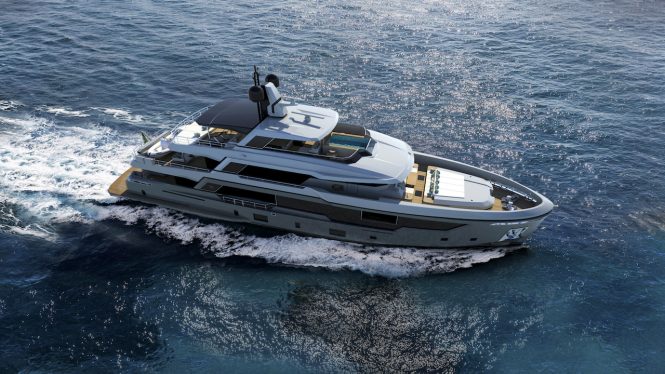 RSY 38m Exp under construction with delivery in 2021

Boasting the exterior styling of renowned naval architecture firm Hydro Tec and the interior styling of Burdisso Capponi, the explorer yacht is thoroughly modern in appearance as well as in her on board engineering and state-of-the-art systems. Comfort and safety in all conditions are priorities for the Owners, who intend to spend extensive time on board.

“The exterior design is a reflection of the yacht’s functionality and reliability, which were the key priorities for the Owners,” explains HydroTec founder Sergio Cutolo. “Special attention has also been paid to the crew area and to the hold volumes, both essential requirements for long voyages far from ports or marinas.”

Large windows were installed at the Owners’ request for excellent views and plenty of natural light within the interiors. The main salon in particular has been fitted with large windows and sliding doors to the aft for impressive sea views and perfect indoor/outdoor flow between the living spaces, and cutaway bulwarks further extend the outdoor space.

The main deck amidships to starboard has a wine cellar that acts as a divider between the shared living spaces and the Owners’ stateroom, where there is a glass sliding door out onto a fixed side balcony, which ensures that the occupants can use the space without the help of the crew.

The lower deck hosts two double and two twin cabins that all have en-suite facilities and plenty of space. Forward is the laundry, ironing room and storage space that leads directly to the crew quarters.

The upper deck is fitted with a service pantry and aft of the helm station is the Captain’s cabin and a large office. 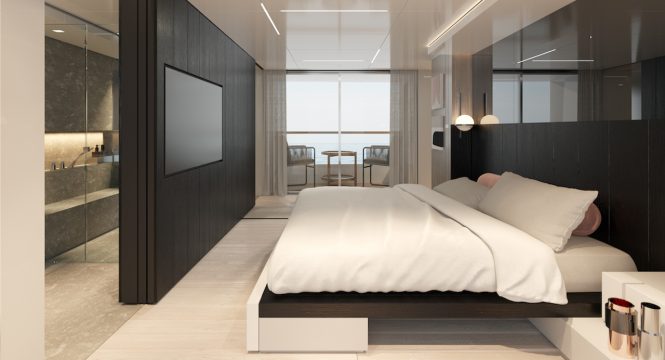 The broad sundeck meanwhile hosts a large alfresco dining table, a corner bar and Jacuzzi with a waterfall feature, plus two showers on the sides.

The interiors were influenced by the Owners’ tastes from the beginning of the creative process, and alcoves and niches have been added in various places to display their works of art. The majority of lighting is linear and diffused, while in service areas and guest areas where guests will be concentrating, there is far more focused lighting. 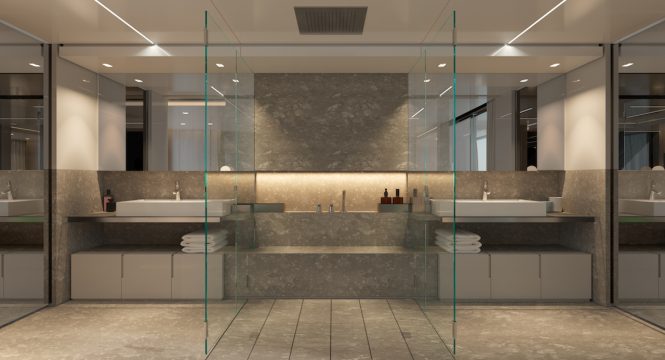 “Following the initial meetings, it became evident that the staircase would become the centrepiece of the project as the central functional and stylistic core with a character that is carried throughout the whole interior,” commented BurdissoCapponi Yachts & Design.

“In fact, the stairway is conceived as an architectural base that becomes a recurring element of the project, as does the interplay of white lacquer, light and dark woods.”

A central tunnel at the under lower deck provides crew with direct access to the engines from the crew quarters and easy access to the tanks as well as inspection of watertight compartments which house the stabiliser fins. 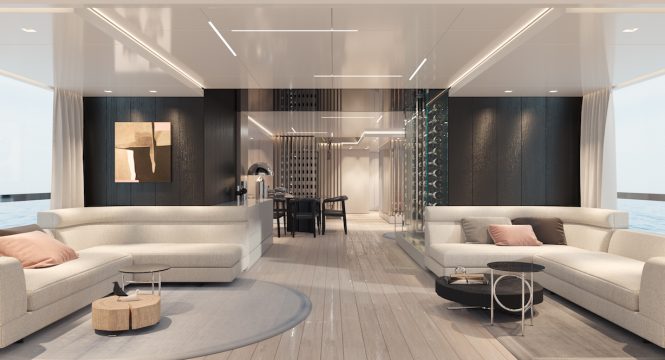 While at anchor, the aforementioned electric fin stabilisers reduce the noise levels and vibration as much as possible and for leaving dock, there is a powerful electric bow thruster and independent rudders that ensure full manoeuvrability.

Luxury expedition yacht RSY 38M EXP is a prime example of Owners, project managers, builders and design houses coming together to create a vessel which is as much a piece of art as it is functional, safe and comfortable. 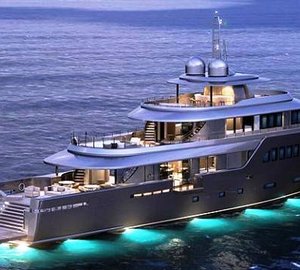 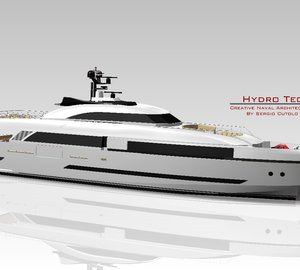 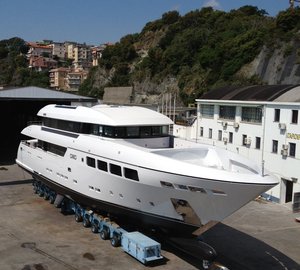