The second day of the 2013 Australian Superyacht and Marine Export conference (ASMEX) saw the Australian industry identify tactics to work smarter, targeting the real decision makers as well as selling the experience as they move forward as a united front. 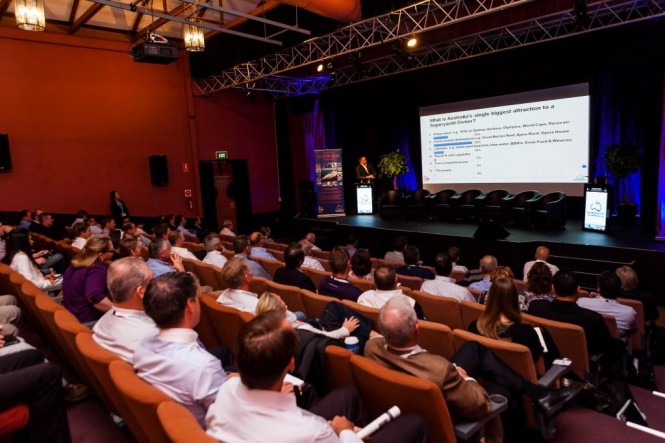 Get to the gatekeeper, the one who holds the purse strings, captain Brendan O’Shannassy told ASMEX 2013. He’s one of the many proud Australians who work in the superyacht industry offshore, and his advice to his countrymen is clear. Find the person who makes the decisions and your selling process will be streamlined and more likely to result in profit.

The Australian superyacht and marine export industry met last week to share ideas, discuss new markets and talk about legislation affecting the industry’s ability to exploit all revenue channels. The conference, held in Sanctuary Cove on Australia’s Gold Coast, proved a hotbed of ideas and a lineup of insightful, and straight-shooting, speakers left delegates with plenty to think about in the coming months.

Captain O’Shannassy certainly did. As a captain who has had control over some of the biggest budgets in the industry, he expressed his frustration that he couldn’t spend them with Australian companies as often as he would like. Whether because of distance, because of legislation preventing easy access to services, or because of a lack of information on Australian availability, the captain who is often based in the Med and has planned circumnavigations, had been unable at times to buy Australian.

He pointed out that despite the high figures involved, the superyacht industry is still a cottage industry and that he, like many within the market, does business with people not companies.

Build relationships, was a key point he impressed on conference delegates. Ring people, stop by the yacht and say hello, and if at all possible, have a representative on the ground in your target market. Keep present in your mind that in straitened times, very few captains and crew have unlimited budgets. “Find the gatekeeper, the one who signs off on spend, and build the relationship with them.”

With a market that had traditionally focussed on the Mediterranean and Caribbean, Australian exporters had in the past battled the tyranny of distance. Not any more.

In a vote taken from delegates, 37% of those manufacturing offshore, were doing so in China – far and away higher than in any other country. John Lu, president of Horizon Yachts and chairman of the Taiwan Yacht Industry Association gave delegates his advice on further capitalising on the surge of growth happening in Australia’s neighbouring Asian markets.

With over 100 yacht builders in Taiwan and China, and a third of those capable of building superyachts, manufacturing is pushing forward strongly. And that’s the opportunity for Australian companies, in Lu’s opinion, rather than boat sales.

“The manufacturing arm is strong in Asia, however boats built are almost exclusively for export. The potential buyers are there but conversion isn’t starting to happen yet.

“Many aspects of Asian boat building are still not up to par – and that’s the opportunity for Australian companies – marinas, supplies, parts, maintenance, training.”

The Honorable Bob Baldwin spoke to conference delegates about their concerns around legislation and the ways in which this could change if the Opposition are elected to government come September. He agreed attention needed to be given to rules prohibiting superyacht access close to the Great Barrier Reef, as well as customs legislation around yachts in dry dock.

He also spoke of the positives. Australian tourism growth has kept pace with the Asia Pacific region – no mean feat considering the high Aussie dollar – and the strong Chinese tourist market.

“The key now is stay ahead of the competition.”

Baldwin left the conference with this, echoing sentiments from other speakers that the superyacht industry needs to, above all, sell the experience.

“Australia’s marine environment is one of our greatest assets. It reflects to the world the global traveller’s aspirations and helps showcase Australia at its best.”

There was another key point the business-minded captain O’Shannassy made.

“Yachting, simply, is about sharing experiences.”

Sharing the Australian experience, sharing knowledge of new markets close to Australian shores, and sharing the drive to increase the nation’s power in the industry is what the global market can – and should – expect from the Australian contingent. 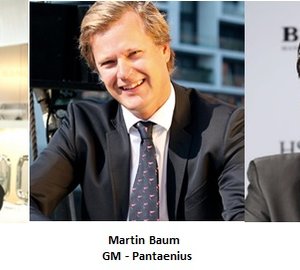 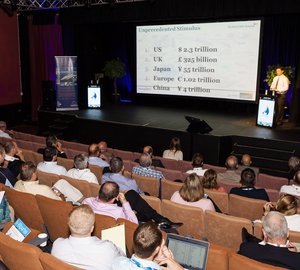