Jorge Jabor Pinheiro has designed a 92m superyacht concept called Sahodara with a rotating owner’s deck. The concept incorporates the existing design format seen in land architecture such as a rotating restaurant like the Space Needle in Seattle, Washington, built for the 1962 World’s Fair. 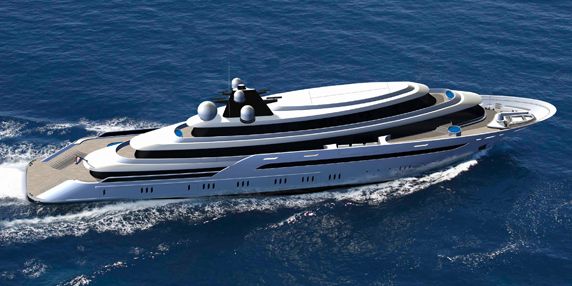 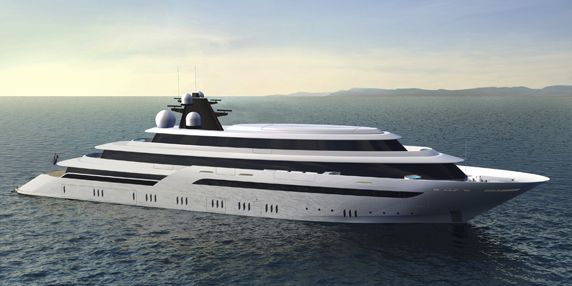 The 94m Superyacht concept Sahodara will enable 2 master cabins on the owner’s deck to receive the same forward facing panoramic views when rotated. The design concept has taken into consideration that not all yachts are owned by one person or couple. The Sahodara will enable two owners who have an equal stake in the use and ownership of the vessel to each have a private and custom designed suite at each end of the deck that can rotate and face forward for the best views while they are onboard.

“It is mainly a wish of the two owner’s that each room is capable of having a forward view of the ocean while on board,” explains Pinheiro. “Besides, the rotation gives the whole yacht two different profiles, making it a very intriguing feature.”

The top deck would only turn in one direction to complete the 180-degree swivel and the operation could only be achieved when docked or travelling at low speeds. “I should probably add that it’s not a 360-degree rotation device, it only rotates to about 200-something degrees and back.” noted Pinheiro. 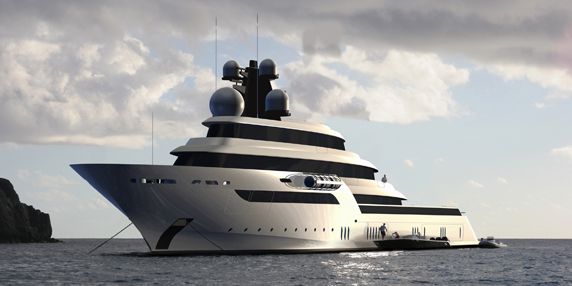 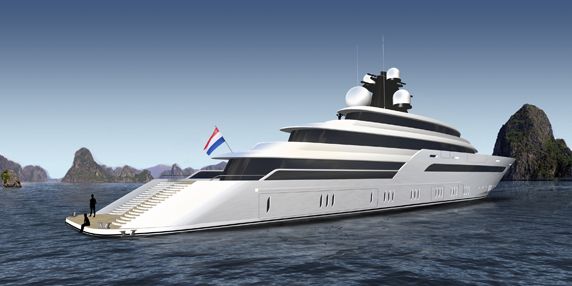 The exterior design of the yacht is asymmetric and was inspired by looking at layered architecture and topography models with the aim of creating a ripple-like effect when seen from a birds-eye view.

The 94m Superyacht concept Sahodara would have a steel hull and aluminium superstructure and would be able to accommodate 12 guests with a crew of 27.

Diesel-electric engines and azimuthing propulsion pods, would power the vessel, helping to reduce the amount of GHG emissions and maximise manoeuvrability. With two Rolls-Royce Mermaid engines it is thought that Sahodara may be able to attain a maximum speed of 20 knots and a cruising speed of 16 knots. 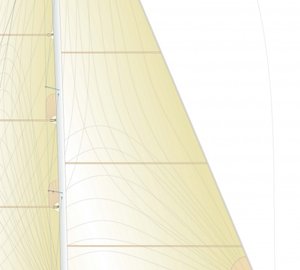 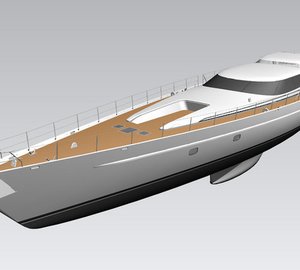