The 78m Motor Yacht TITAN 2010 by Abeking & Rasmussen in Germany

On May 21 2010 CharterWorld News brought you information about the exciting new ...
Browse News Section

The 78m Motor Yacht TITAN 2010 by Abeking & Rasmussen in Germany

The 2008 yacht Eminence was the first superyacht launched in the 78 metre series, complete with a unique beige hull and the 2009 motor yacht C2, with a blue hull, was the second in Abeking & Rasmussen 78 series. All three yachts, including M/Y TITAN had their exterior styling and interior designed by Reymond Langton. 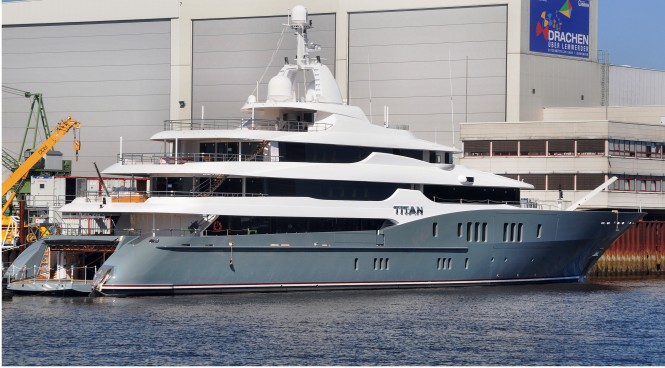 Ship and yacht photographer Martin Groothuis of Bremen took this first image below of the brand new luxury yacht Titan in Germany.

Yacht Titan has a grey hull, built from steel, with a white superstructure which was constructed in aluminium. Unlike her sister-ships luxury yacht Titan has some minor customisation in the profile look of her sundeck and radar mast areas. Titan can also be distinguished with her large doors which have been positioned on the side part of the forward full beam area. These doors are likely to be for water toy and tender side garages.

Abeking are known for designing and building very large transom hatches on their modern motor yachts as they operate two well proven tender launching systems actually developed by A&R. This allows the yacht to employ smooth launching and recovering of the ship tender even whilst under way, or when approaching a anchorage or harbour.

Motor yacht Titan will be delivered officially to her owner later in the 2010 summer after further finishing and sea tests. CharterWorld will keep you updated. 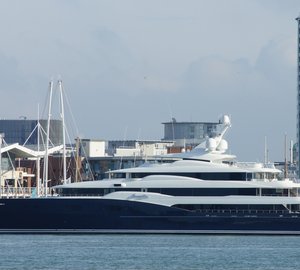 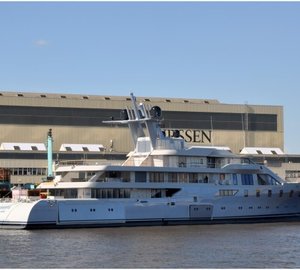 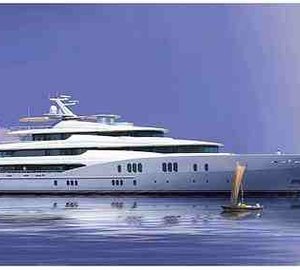 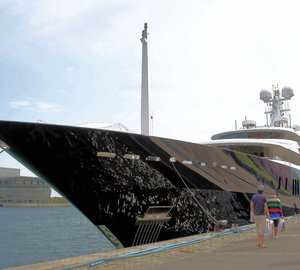