Penned by designer Andrew Trujillo, the 65-metre motor-sailer yacht Serendipity concept represents a deliberate attempt at rethinking the motor-sailer as Trujillo feels that they are a category of vessel that has been paid only a little attention so far.

Superyacht Serendipity concept has a reverse bow, with a simple sweep to her sheer-line. She aims to be more graceful than some vessels of this type. Her design aims to target Owner’s that are more accustomed to a motor yacht but see the advantages of sail.

Motor sailers were popular in the seventies, but have fallen out of favour, Andrew Trujillo suspects because many of them although practical were not blessed with good looks. Yet, there is a case to be made for motor-sailers. A yacht that has good accommodation (thanks to an ample hull) which is designed to be reasonably efficient but not win regattas. She will not get died in the wool sailors particularly excited, but that is not her purpose. She is designed to provide a real alternative to a motor yacht.

Serendipity yacht concept is intended to provide a comfortable ride, by heeling less than more performance oriented sail yachts. However, the way she would achieve this would be taking technology found in performance sail boats, by means of a lifting and canting keel. The canting mechanism would lock in the central position for the keel to be raised. The canting mechanism would be an active system counteracting heeling motion to an extent where she would heel no more than a similarly sized motor yacht.

Some other features worthy of note are the aft facing owners cabin, which would have its own terrace complete with spa. Luxury yacht Serendipity concept has been designed with the aim to encourage motor yacht owners to consider the use of a sail assisted yacht without having to make the many compromises that might be expected from a conventional sail boat. So she is designed to behave and look more like a motor yacht. Her appearance is also in-keeping with the expectation of an owner that may be seeking a fly-bridge yacht.

Andrew Trujillo feels that he is attempting to design a yacht that aims to be a little greener, but mainly more efficient, and to that end it is absolutely essential to consider the use of sail. She also has integrated solar panels in her superstructure. The solar panels will not massively reduce the hotel load on a yacht of this size; their aim is to provide emergency and low level power generation. Solar power is also harnessed to provide pre-heating to the hot water system. Again, these all add up to make a yacht that is efficient and practical, suited to longer cruises if desired. Her interior would seek to be designed with sustainability in mind, but without compromising the high level of finish.

Serendipity superyacht concept has an unusual full beam salon. The main salon is full height in the central section, but the sides are lower to accommodate the port and starboard passageways. However, so that the main salon has plenty of light, the windows that are situated above the level of the side deck passageways provide indirect illumination into the salon, in a manner similar to that done in some art galleries, where the sunlight enters the room from above but never directly hits the art. 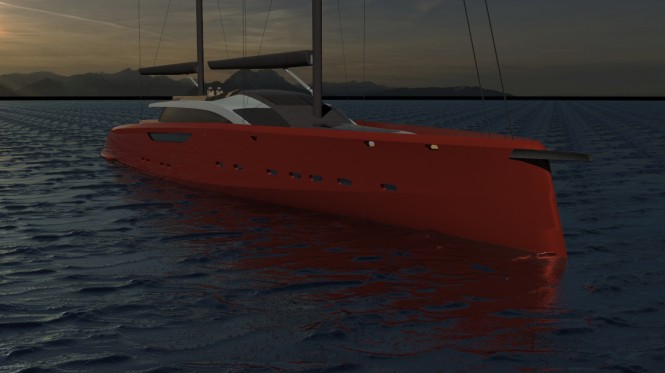 The cabins on Serendipity yacht concept are generous and have been designed to be similar in size and specification to those found in a motor yacht of similar size. 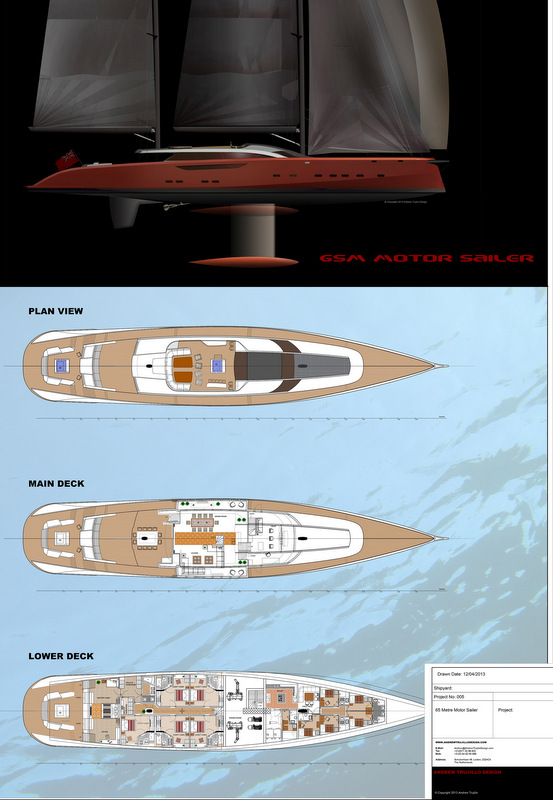 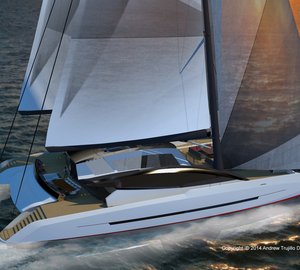 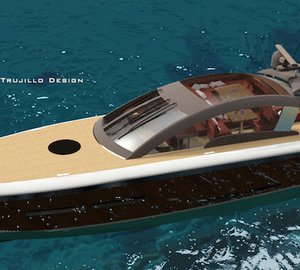 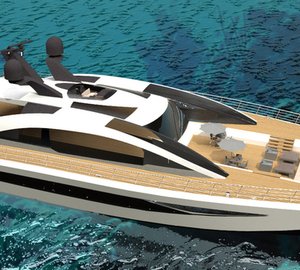