Codecasa Shipyards are thrilled to present a new project, the motor yacht Codecasa 50, developed entirely by the in-house Style Department, headed by Domenico Gozzani. The new Codecasa 50 yacht project recalls, with the exception of a softening in the forward part of the main deck, the line of the hull of the Codecasa 50 Vintage Series, the first unit of which, Hull C121 yacht, is already in build. She is due to be delivered in Spring 2015. 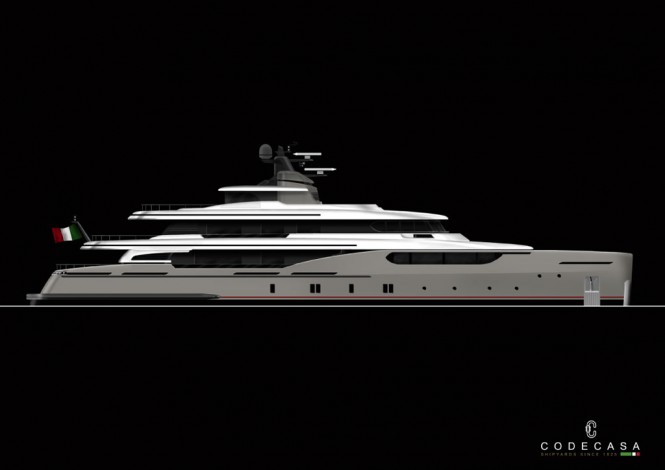 In the new Codecasa 50 superyacht, however, the straight bow is combined to a more sinuous and feminine superstructure than the one on the Vintage Series and the bulwark lightens on the main deck and bridge deck levels, allowing also the inclusion of larger windows. The lightening impression with respect to the Codecasa 50 Vintage Series is also present on the Sun Deck, where the glass walled gymnasium replaces the “solid” base of the mast. 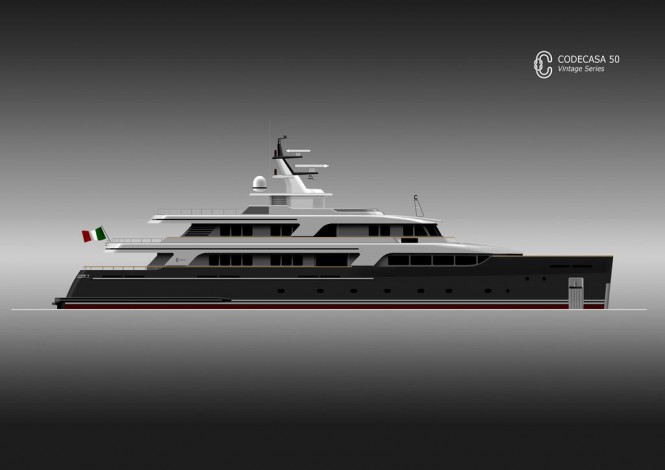 The Codecasa Shipyard Style Department was able to express its creativity and, using the same hull, to design two Yachts of the same length, but almost antithetical in the external lines: on the one hand, the rigorous profile of the Codecasa 50 Vintage Series, almost austere in its masculinity, on the other hand the much more modern lines of the new Codecasa 50 yacht. The only  commonly shared trait between the two projects, besides the length, is the fusion of elegant simplicity and high functionality, of style and high technology, as the Yachts built by Codecasa traditionally do.

Below is a gallery for the stylish charter yachts built by Codecasa Shipyards. 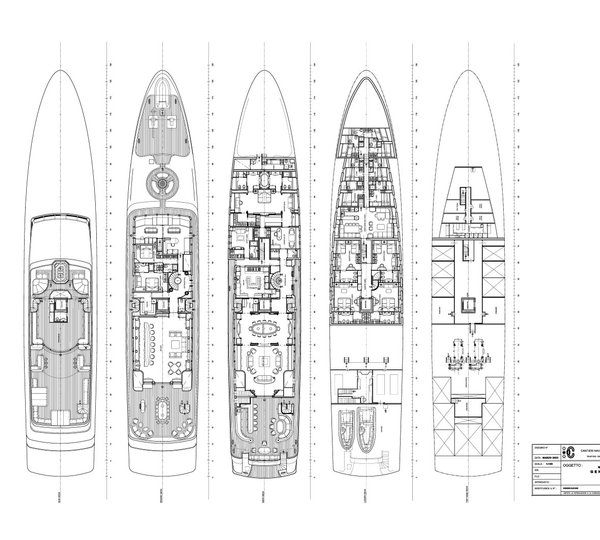 Luxury yacht APOGEE from Codecasa is constructed from a 63m/205ft steel hull and aluminum ... 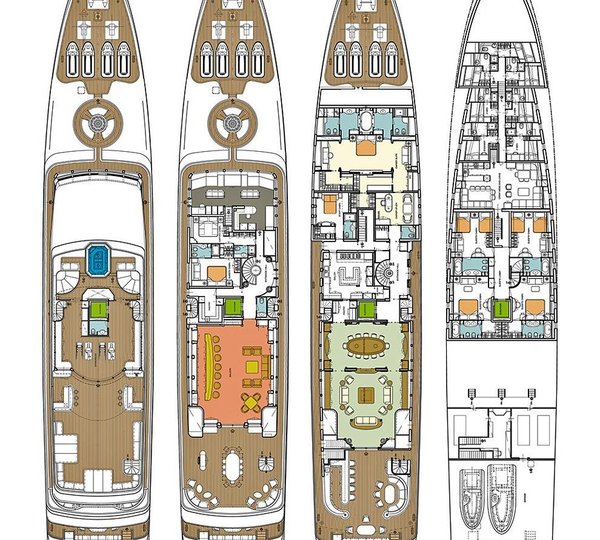 // ~ GYMNASIUM (air-conditioned on the sundeck with panoramic views): ~ Commercial grade ... 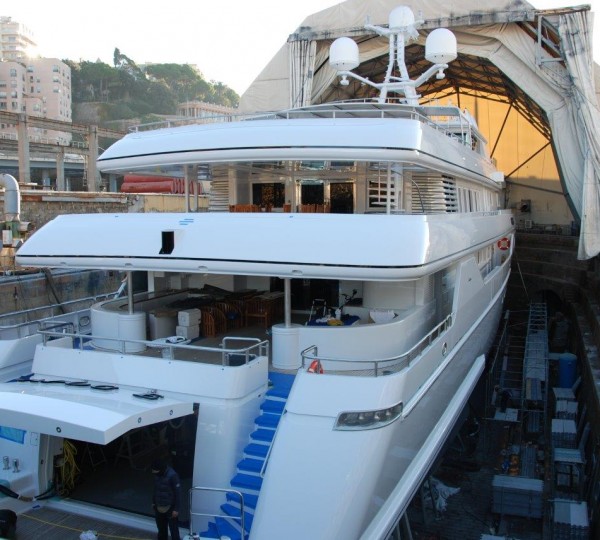 Beside the windows on the adjacent side, there is a sofa and armchairs surrounding a coffee table ... 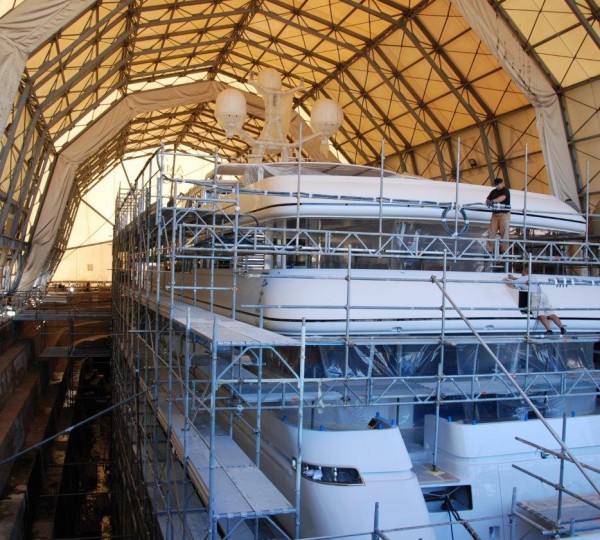 Large windows ensure that there is plenty of light and excellent views throughout the day and the ... 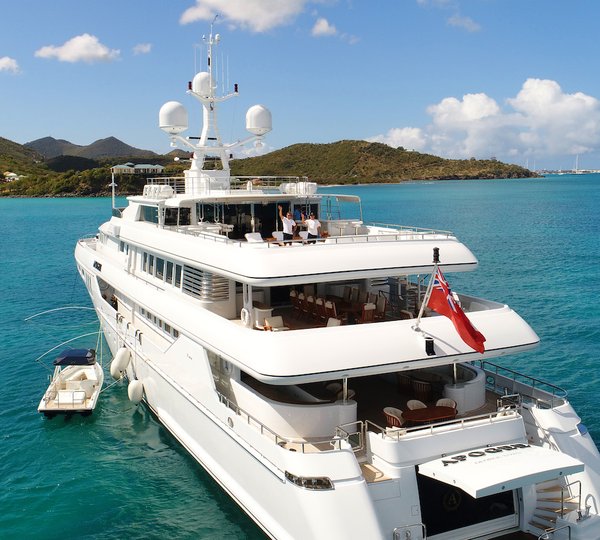 The master has a king sized bed, a his & hers en-suite bathroom with a Spa Pool tub, as well a walk ... 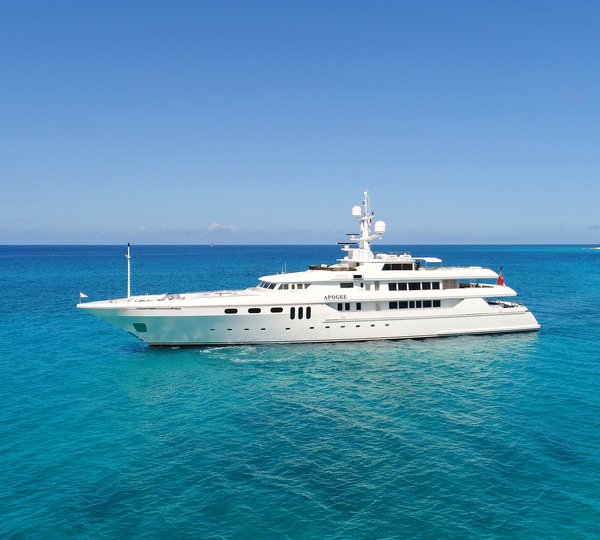 Towards the bow, there is a place to store the motorized water toys. The sundeck is crowned with ... 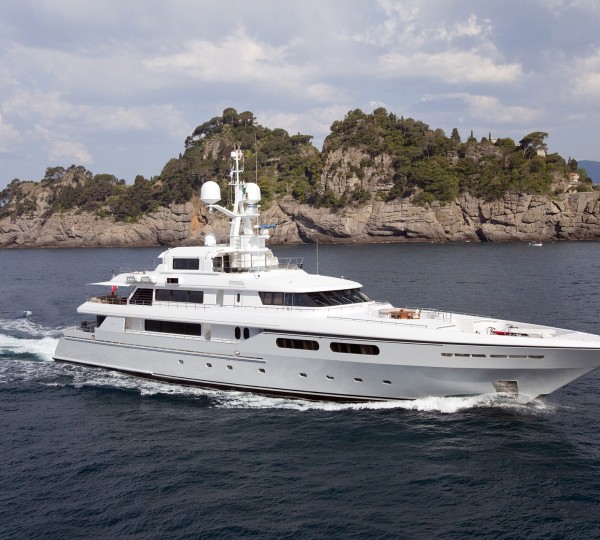 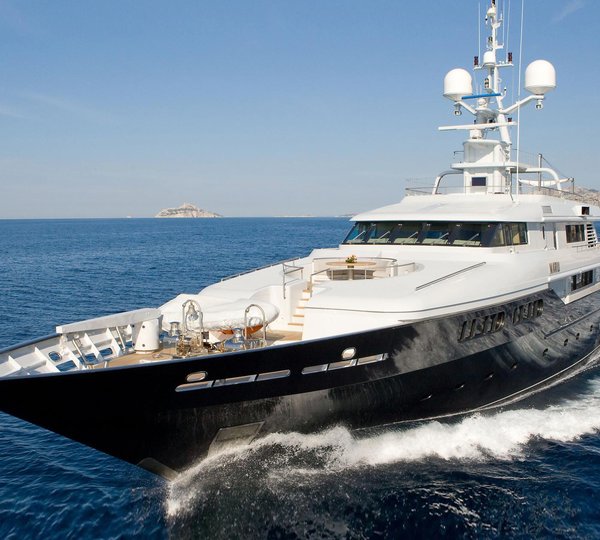 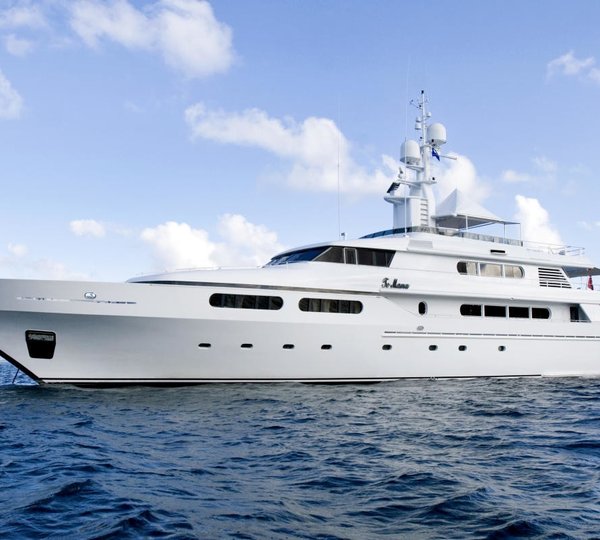 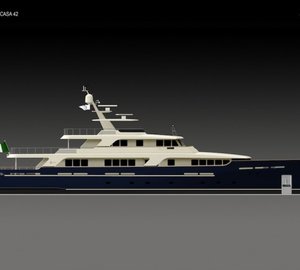 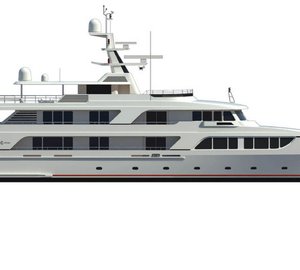 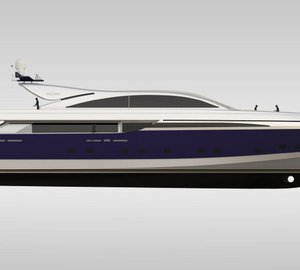 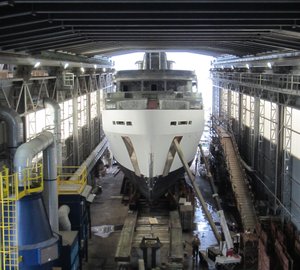