Just before 2:00pm, the winners began to come back to the Pendennis Point ...
Browse News Section

Just before 2:00pm, the winners began to come back to the Pendennis Point finish line, following a closely fought battle in both classes. The complete table of results from Racing Day 1 of the 3rd Pendennis Cup has been posted online, with the superyacht Mariette of 1915 winning in Class 2, The Pendennis Cup Class. The winner in Class 3, The Little Dennis Classic Class, has become the sailing yacht Mikado. 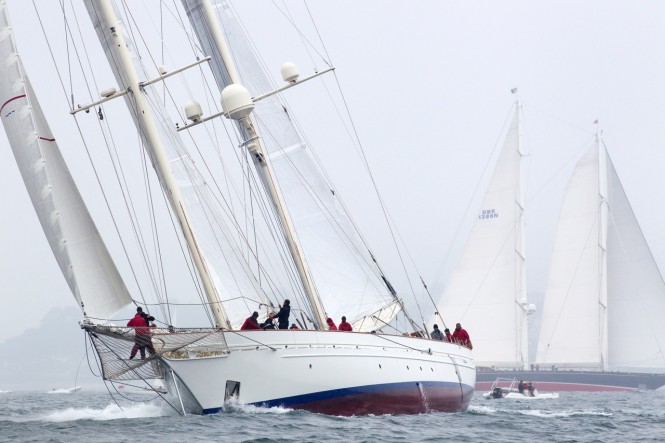 A textbook start saw all yachts away safely to their allocated times. The beat towards the ‘Helston’ leg showed the power of the larger vessels in the breezy conditions, but the fleet remained fairly tight throughout the first leg. After rounding the first mark Adela superyacht picked up speed and rapidly closed the gap between the leading pack, picking up to a speed of 12-13knots on the downwind leg. The low hanging cloud added to the drama of the race as yachts loomed out of the fog, with Athos slowly appearing as she gained ground. To add to the spectacle a large group of dolphins followed the fleet creating a fantastic photo opportunity! By the middle of the leg Adela had stormed past most of the fleet and had Mariette in her sights as they approached Gull Rock.

Luxury yacht Mariette was also sailing well and rounded the second mark in the mist ahead of her rivals. As she did luxury yacht Athos started bearing down from the back of the fleet, but it was Adela then the distinctive black sails of sailing yacht Unfurled that followed next around the rock. As sailing yacht Athos rounded the mark just ahead of Breakaway, Unfurled’s asymmetric sail shredded leaving her vulnerable as she tacked, enabling following yachts to gain the advantage on the final downwind leg.

The smaller yachts in the class followed swiftly behind, with a tight battle between Bequia yacht, Velacarina superyacht and luxury yacht Mariquita on the approach to Gull rock, with all three performing flawless manoeuvres around the rock. 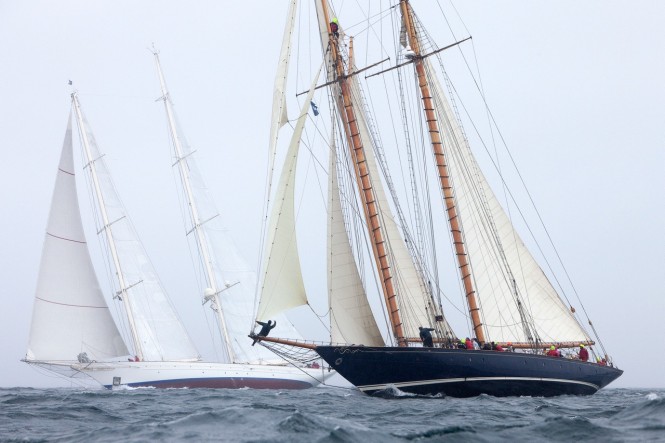 The wind picked up to 15-20 knots whilst the racing continued. With white caps breaking and the fog closing in the fleet moved further offshore beating south towards the ‘Old Wall’ marker. The race was on, with Adela flying past Mariette and a lead pack developing with Athos bearing down too. Unfurled recovered her rig quickly and had a storming leg taking the lead for the final sprint from the Old Wall in towards the coast again.

As they flew towards the finish just off Pendennis Point Unfurled showed her agility in the swell and took the lead from superyacht Adela, but only by a couple of boat lengths. The excitement built as Adela looked like she was gaining just before the finish mark, but Athos put a final sprint on taking the windward line and stealing Adela’s breeze, but just after they crossed the line. A smart tactic and I’m sure we will see these two giants battling closely at numerous points throughout the week. Mariette followed fourth over the line, then Breakaway and a central pack of Bequia, Velacarina and Mariquita with Bare Necessities crossing the line last.

The little Dennis Fleet had an equally close race, with all yachts performing well on the first and second legs. Unfortunately Pinuccia was forced to retire with some rigging issues after being competitive, leaving Tomahawk to take the lead and cross the finish line first, but only one minute ahead of Tomahawk. It However, it was Mikado that was crowned the winner following rating adjustments. 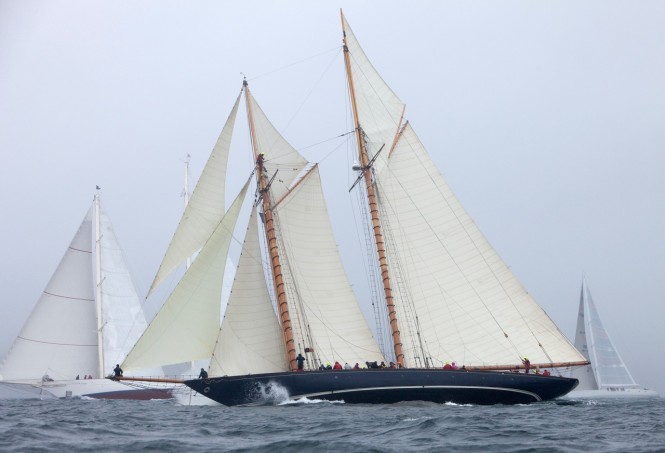 Both fleets were tight throughout, reflected in the final results, making for an interesting story yet to unravel during the week’s racing. Despite the damp weather it certainly didn’t stop the racing being first class completed with a dramatic finish to the first day’s race. 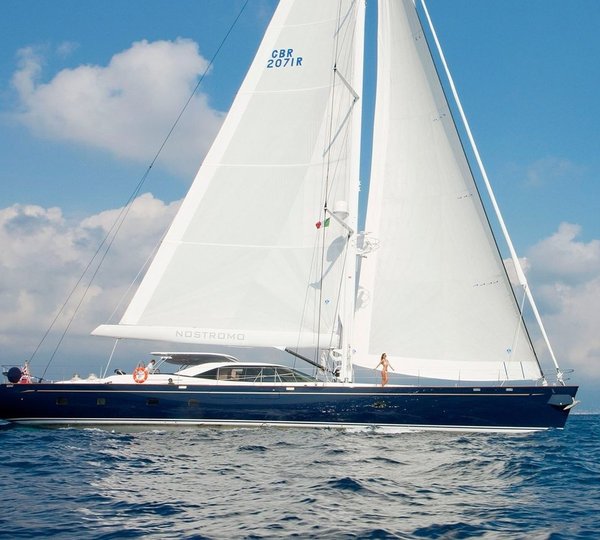 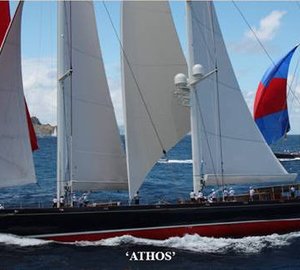 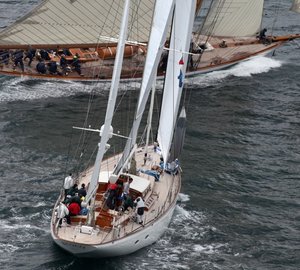 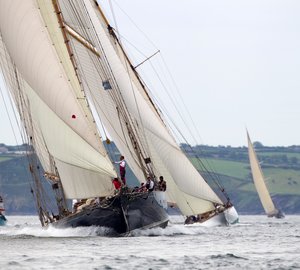 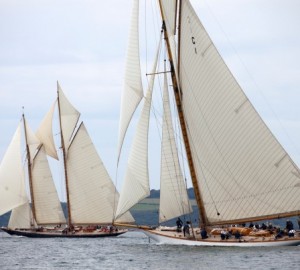