Planning is well under way for the 2011 Audi MedCup Circuit season which for ...
Browse News Section

Planning is well under way for the 2011 Audi MedCup Circuit season which for the first time will feature both the TP52 Series fleet, racing under the new measurement rule which will take the Series forward from 2011, and the exciting new S40 one-design class which has been attracting worldwide attention since it was announced as the Circuit’s second class from 2011 onwards.

The 2011 season is set to follow a very similar schedule of dates as 2011, with one regatta in each of France, Italy, Portugal and two regattas in Spain. As yet most of the city venues have been decided, but final negotiations are continuing.

The regatta format will be the same as previous seasons for the TP52s, racing starts officially each Tuesday and finishes Sunday with one coastal race at each regatta, usually on the Friday. The S40 programme has to be confirmed but will maximise their racing time and they will not race coastal races.

As usual the season’s finale, the last Audi MedCup regatta of 2011, runs Monday to Saturday to allow for a Saturday night final prize-giving party.

In 2011 teams will be allowed two training days only at the venue immediately prior to the event.

Announcement of the venue cities that will host the events are currently being studied as Ignacio Triay (ESP), Audi MedCup Circuit Director, explains:  “We are finalising negotiations with venues at the moment. The principles remain the same and we expect to be returning to a number of the venues that proved so successful in 2010. We are very conscious of delivering what the owners like and also what the preferences are for our sponsor Audi.”

“On the one hand, returning to successful, known venues makes a lot of sense for everyone involved, it allows continuity for everyone: it allows the cities to build on their successful formula, it streamlines logistics for organisers, teams and hosts.  And we have built good data on weather reliability and wind patterns for efficient race management on the water.  But on the other hand, we all like to visit new cities for different reasons, not least to introduce new challenges for the competitors, which they enjoy,” continues Triay.

“At the moment we have agreements with most cities for 2011, but it is a difficult balancing act, one which we feel we have got right in the past, and we will not compromise to ensure that the next season is as good as 2010,” concludes the Audi MedCup Circuit Director.

2011 Audi MedCup Circuit: Traction building for a Great Start in May 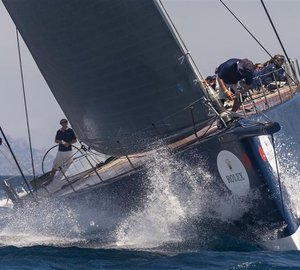 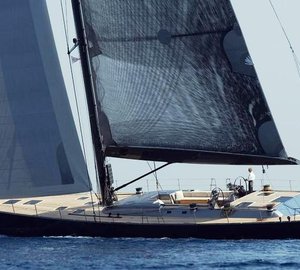