Newcastle Shipyards of Florida have announced the launch of their largest motor ...
Browse News Section

Newcastle Shipyards of Florida have announced the launch of their largest motor yacht to date, the 54.87m (180′) Newcastle 5500 super yacht Harbour Island .

M/Y Newcastle 5500 measures just under 55m (180ft) with a 10.4m (34ft) beam and when completed, the yacht Harbour Island will sit proudly among the top 10 largest built super yachts in the United States of  America over the past 50 years. The Newcastle 5500 features styling and naval architecture by Murray & Associates, with interior design is by  Claudette Bonville Associates.

Scheduled to be launched this month, the superyacht Harbour Island a Newcastle 5500 will be moved to Rybovich Superyacht Marina and Refit (Rybovich) for final outfitting. 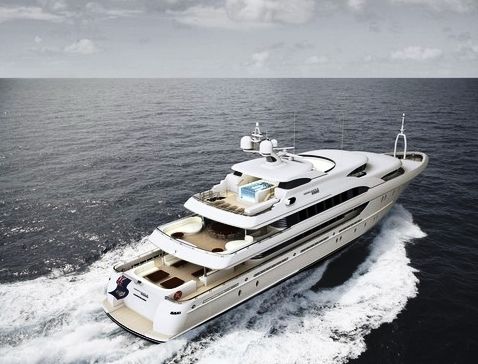 The Newcastle 5500 motor yacht will boast Twin 3512B Caterpillar 1410 HP engines. She will displace 910 Gross Tonnes which is the largest volume 180′ yacht on the market today.  The Newcastle 5500 is built to ABS Maltese Cross A1 YS, AMS, is MCA compliant and has trans-Pacific range.

The Newcastle 5500 motor yacht Harbour Island is able to accommodate up to 12 guests in a 6 stateroom layout which includes 2 king master suites located on the Main deck and sky lounge deck forward and a VIP king guest suite on the lower deck. 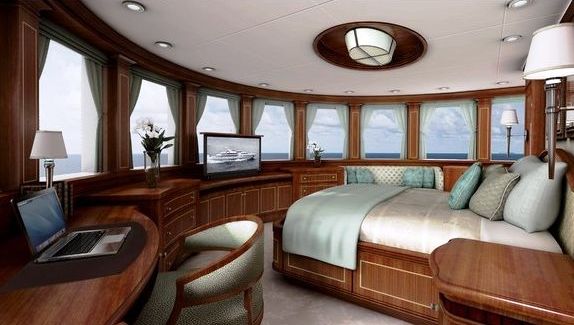 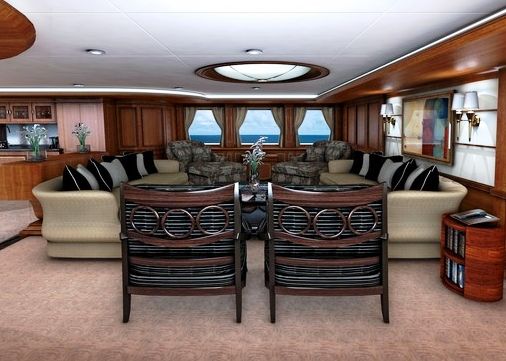 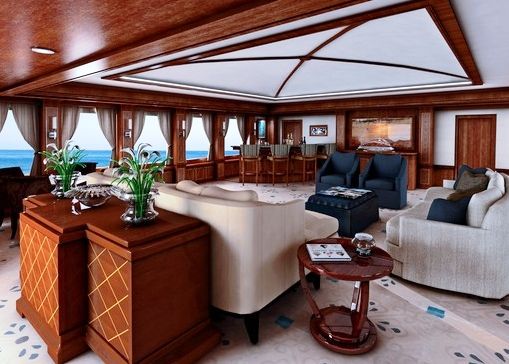 Some special features of the Newcastle 5500 megayacht include an infinity pool on the split level sundeck, a raised “veranda” on the main aft deck and expansive built-in seating area aft of the alfresco dining area on the skylounge aft deck. 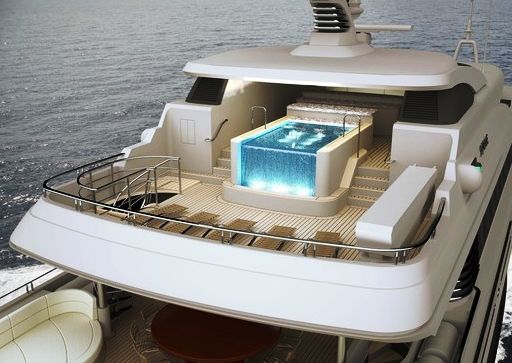 Tenders & toys onboard the Newcastle 5500 are stowed in the stern garage which leaves the spacious exterior decks free and uncluttered. 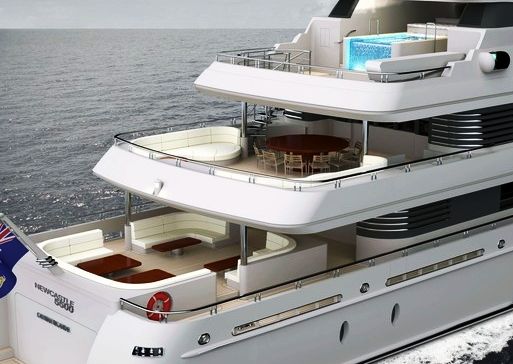 Kevin Keith, owner of Newcastle states, “We are excited to see our largest yacht to date near completion.  The Newcastle 5500 begins a new chapter in the history of Newcastle Shipyards as we look to build superior yachts for the most discerning Owners.”

Newcastle Shipyards, located in Palm Coast and Palatka, Florida, USA, was formed in 1999 and has delivered several yachts to discerning owners through the years.  With the ability to build yachts over 200 feet in length, Newcastle currently has a 129′ ice strengthened Expedition style yacht, a Newcastle 149′ Expedition yacht, and a Newcastle 174′ Expedition motor yacht under construction.  When the Newcastle 5500 is delivered, she will be the 9th largest superyacht built in the United States in the last 50 years. 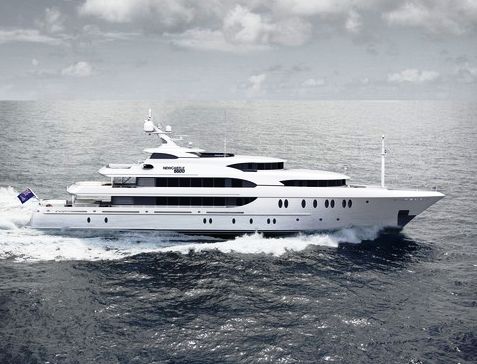