British Designer Alex McDiarmid, based in the South of France, presents his ...
Browse News Section

British Designer Alex McDiarmid, based in the South of France, presents his latest project, the 87m motor yacht Iwana. After her success at the 2011 Monaco Yacht Show, the Iwana superyacht has grown by 2m and showcases a fresh thinking approach to her styling, while maintaining the classic bow. 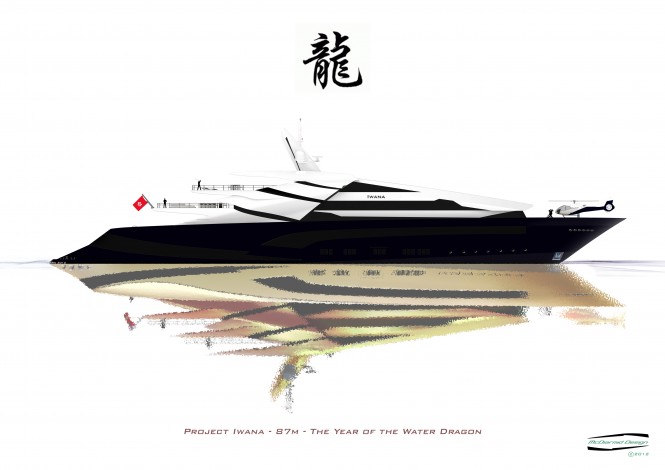 The Dragon is the most auspicious and powerful of the 12 signs of the zodiac, one associated with high energy and prosperity. It’s also the only mythical and legendary creature in the Chinese astrological calender and is considered the luckiest year in the Chinese Zodiac.

This year is considered especially auspicious because it is the year of the Water Dragon and Chinese dragons traditionally symbolise potent and auspicious powers. The dragon is a symbol of power and superior control, a good symbol that represents change and mobility. 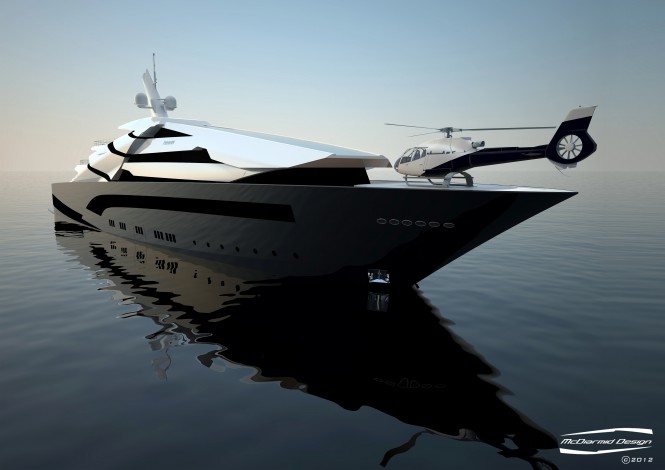 The main superstructure takes its form from the head of a Dragon while the decks and communication tower are inspired by the dorsal crests of Dragons and beautiful marine iguanas.

Similar to panoramic roof windows on modern cars, the super structure integrates a full length, panoramic roof window running over the Iwana yacht. This incorporates a solar panel system in the ‘Magic Smart Glass’. All glass on the vessel is electronically and colour switchable changeing instantly for privacy, sun/glare protection and visual entertainment.

There appears to be huge expanses of glass used in the yacht. Obviously due to current manufacturing capabilities, a one piece large glazing structure can not be viably produced. Therefore an automotive glazing and bodywork technique is applied in ‘colourway break’. This in essence disguises the supporting structures behind the glass giving a visual impression of one continuous piece of material. The amount of natural daylight that enters the yacht is on another scale altogether. 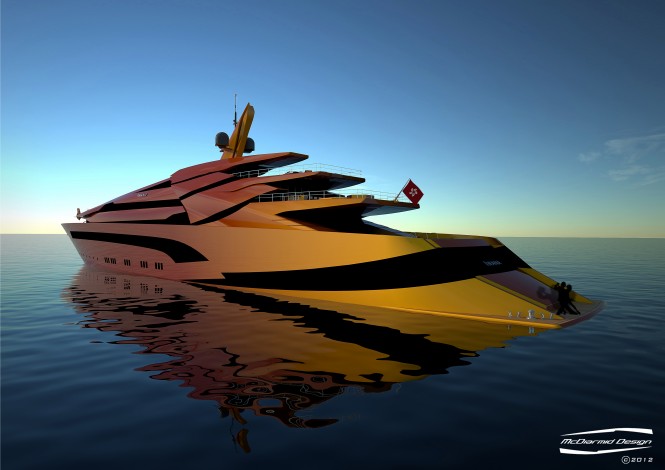 In order to extend and maximise deck space aft, the hull opens into two, fold down, roll out, and wrap around bathing platforms. The inspiration for this comes from the sun loving, hood expanding, frill-necked lizards in hot countries. The platform incorporates part of the aft hull window turning into a partial glass bottomed floor allowing for the observation of underwater marine life and habitats. Owner decided, A-symmetrical fold out beach platform and seperate tender garage is a possibility as with many features on the Iwana yacht.

On the main deck, a social and relaxation zone, a swimming pool aft gives uninterupted views of the sea and sun bathing for guests. A spa pool located on the owners private dinning deck gives spectacular views from the yacht and plenty of room for invited guests. The upper deck sees a very private retreat for the owner inaddition to the private dinning deck. We have not cluttered the decks with excess furniture prefering to keep things simple. 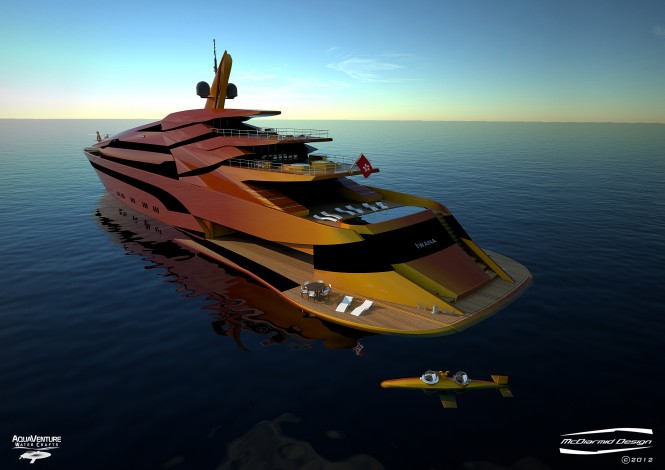 The transom and/or tender garage can hold a personal submersible housed longitudinally, craned out, rotated 90° once clear of the transom door and then winch lowered into the water. Custom tenders and toys are under development matching the exterior styling and livery of the Iwana yacht. Water toys include waverunners, sea scooters, windsurfers, kayaks, waterskis, wakeboards and a whole range of scuba and fishing gear are standard.

US based AquaVenture Water Crafts are makers of the fastest personal submersible in the world and Alex McDiarmid is proud to feature a very unique product with his project.

Company Founder and President Richard Maurer comments: “SeaBird’s patent-pending tow system facilitates unprecedented performance as its propulsion is derived from a surface towing vessel. This in essence delivers the power of internal combustion to an underwater vessel. SeaBird is controlled with a joystick from either of its two seats and can maneuver as aggressively as a jet fighter or transport you beneath the surface in a ride as smooth as a Rolls Royce. It can maneuver anywhere within a large cone behind its towing vessel while performing rapid 360 degree rolls, traveling straight up, or diving down steeper than most roller coasters. It will be certified to a submerged speed of 22 knots and a maximum depth of 91 meters.” 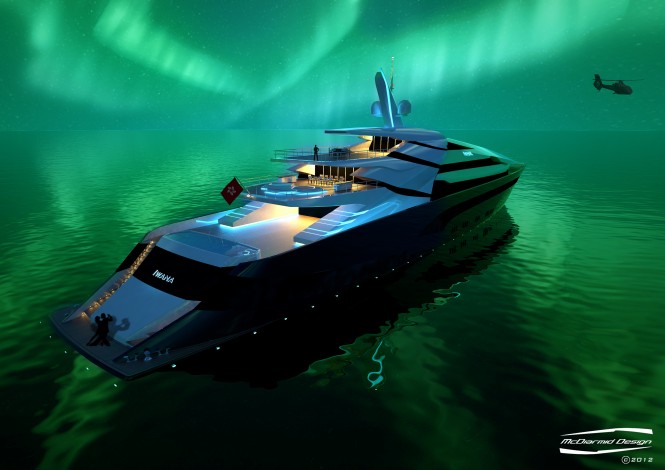 The luxury yacht Iwana under the Aurora Borealis

The hull is made from steel while the superstructure is in aluminium, the more common combination for this size of yacht. 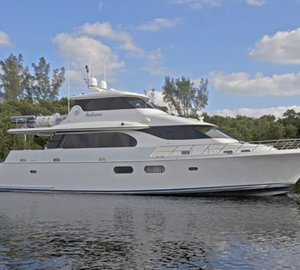 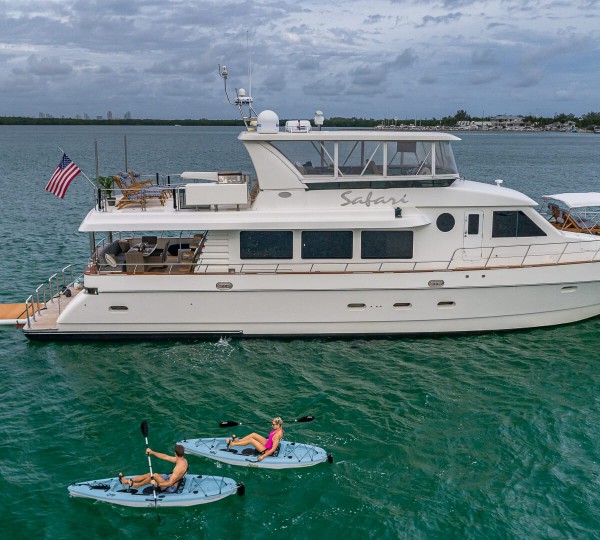