This idyllic port city is an important and popular destination of seasoned ... 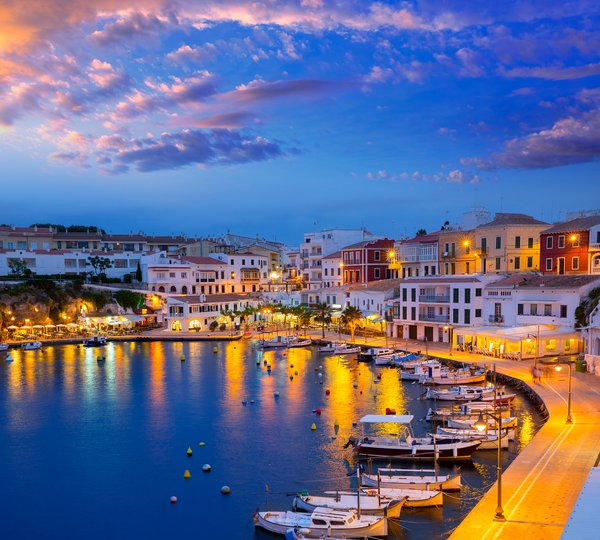 This idyllic port city is an important and popular destination of seasoned sailors and yacht charterers who regularly spend their yachting holidays in the Mediterranean. The city of Mahon is located on the eastern side of the coast of the Menorca Island in the Balearic Island region of Spain. It is about 20 kilometres from the north eastern side of Cap D’en Font and some 35 kilometres off the south eastern section of Cala Galdena.

Mahon is considered as an old Spanish city, which has already been settled as early as the second century. At present, this idyllic city is a popular destination of yachting enthusiasts coming from various points around the globe.

The city of Mahon holds the global distinction of having one of the most ideal natural harbours. It is also found in an island which has been proclaimed as a European Biological Reserve. And because of this, this holiday destination is able to retain it natural allure as development projects were kept to a minimum. Indeed, when you arrive in the Island and on your way to the city of Mahon, you will immediately be enthralled by its lush and verdant landscape.

The city has definitely got everything that you would expect from a top tourist centre, and if you are looking for an authentic holiday in Menorca, Spain, the city of Mahon is definitely the top pick. Other notable assets of the city Mahon are its diverse shopping and dining options. Thus, it is important that you spend some time exploring the main district of this ancient city. Of course, you must also include in your day itinerary several important historical structures and archeological landmarks if you want to explore and learn about the prehistoric activities in this ancient city.

Just like Fuertevertura and Tenerife in Canary Island, Corfu and Crete in Greece and Mallorca and Ibiza in Balearics, the city of Mahon is a popular destination for superyachts and luxury yacht charter enthusiasts from Europe. This bustling port city features an ancient fortification and several impressive structures, which reflects a storied and rich history.

The city of Mahon, the capital of the Island of Menorca, is an essential port of call of seasoned sailors and yacht charter aficionados, and most of them frequent the restaurants and other food venues and cafes that are located within the city’s harbour.

The city’s character is generally laidback and sedate and boasts of several Georgian homes, indicating a strong British influence, and bustling apartment blocks. Aside from the exciting events along its harbour and fun activities at the beach, Mahon is also famous for other important attractions.

Popular attractions and important destinations in Mahon include the Golden Farm, which was once used by Admiral Lord Nelson, the Xoriguer Gin Distillery, which produces the iconic Minorcan gin using an age-old distillation process, and famed huge organ, which is housed in the Esglesia de Santa Maria la Major church.

Indeed, you should steer your charter yacht’s bow towards this idyllic old Mediterranean city. Yacht charter enthusiasts and tourists who are spending their holiday on board luxury yacht should allocate a couple of days to explore and discover the treasures of the city of Mahon.