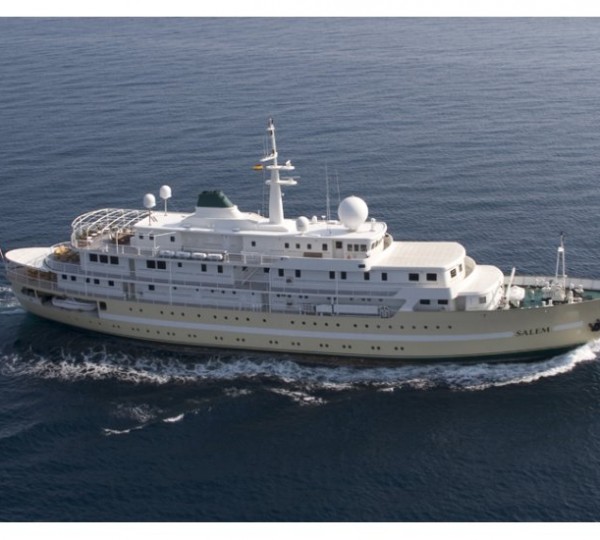 If you have any questions about the SALEM information page below please contact us.

A Summary of Motor Yacht SALEM

Salem was originally built as an ocean weather ship quite appropriately called M/V Cumulus. She was then converted to a private yacht in 1998, at the English Devonport shipyard. The work here included fitting her with a highly luxurious interior and on the engineering side, replacing her engines, generators, air-conditioning, and stabilizers.

Van Der Werf was the naval architect firm involved in the formal vessel composition for SALEM. Her interior design was realised by Devonport. Van Der Werf and Devonport is also associated with the yacht general design work for this boat. Built at Nv Scheepswerf Gebr Van Der Werf the yacht was fabricated in the Netherlands. She was officially launched in Deest in 1963 before being handed over to the owner. Her main hull was built out of steel. The motor yacht superstructure component is fabricated mostly using steel. With a beam of 12.83 m or 42.1 feet SALEM has beamy interior. A reasonably deep draught of 4.57m (15ft) limits the amount of certain harbours she can berth in, depending on their individual depth. She had refit maintenance and modification carried out in 2008.

The Max/Min Speed And Engines For M/Y SALEM:

Powered by a single MAN / B&W ALPHA diesel engines, SALEM is able to reach a maximum speed of 17 knots. For propulsion SALEM has twin screw propellers. She also has an economical range of 10000 miles whilst motoring at her cruising speed of 15 knots. Her total HP is 3996 HP and her total Kilowatts are 2940. With respect to thrusters she was fitted with Kort. As for the yacht’s stabalisers she utilises Koopnautic.

The Accommodation Provided by Superyacht SALEM:

The impressive luxury yacht motor yacht SALEM is able to sleep up to 48 people in addition to 18 qualified crew.

In Sept 2009 SALEM visited Palma, in Spain. SALEM has navigated the waters including Illes Balears during Sept 2009. The yacht was supplied with Carrier air con. Her deck material is predominantly a hardwood deck.

The luxury yacht SALEM displayed on this page is merely informational and she is not necessarily available for yacht charter or for sale, nor is she represented or marketed in anyway by CharterWorld. This web page and the superyacht information contained herein is not contractual. All yacht specifications and informations are displayed in good faith but CharterWorld does not warrant or assume any legal liability or responsibility for the current accuracy, completeness, validity, or usefulness of any superyacht information and/or images displayed. All boat information is subject to change without prior notice and may not be current. 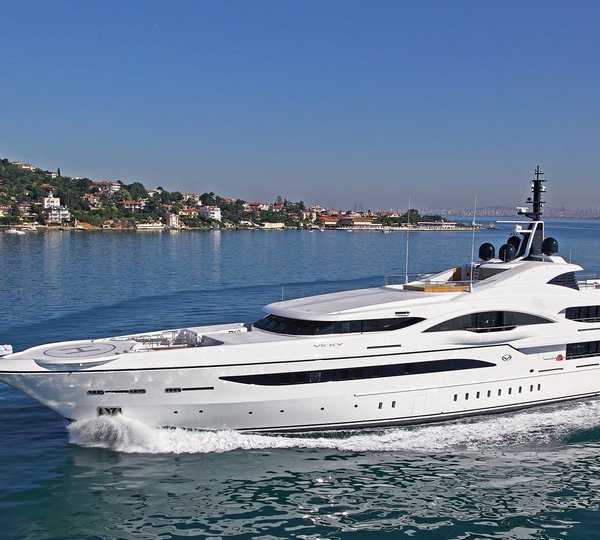 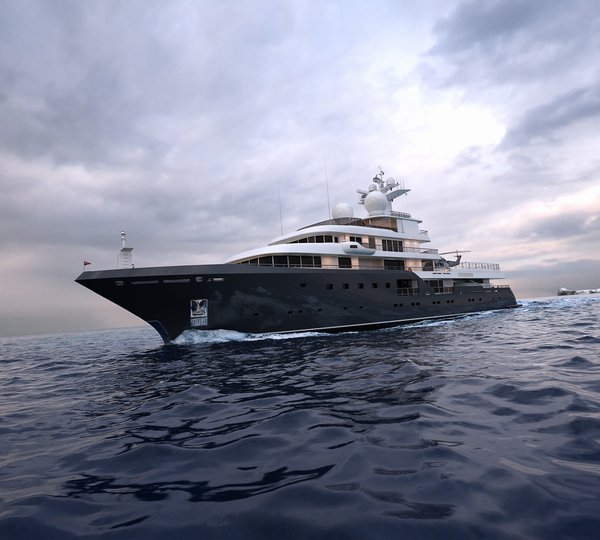