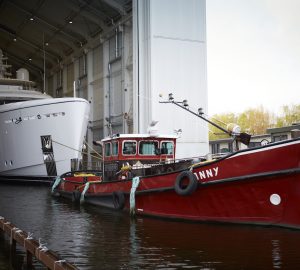 If you have any questions about the MITCHMATE III information page below please contact us.

The well sized luxury yacht MITCH-MATE III is a motor yacht. This 33 m (107 foot) luxury yacht was constructed by Nv Amsterdamsche Scheepswerf G De Vries Lentsch Jr in 1973. MITCH-MATE III was previously registered as 7201 Captiva Ii; Devon; My Private Marina. Superyacht MITCH-MATE III is a stately yacht that is able to sleep up to 8 passengers on board and has approximately 6 professional crew. Christened for 1973 the comparatively older internal styling exhibits the yachting ideals which are originating from Jane Plachter and the owner who commissioned the yacht.

The yacht's general design work came from De Voogt Naval Architects. The technical naval architect firm drawings are the products of De Voogt Naval Architects. Motor Yacht MITCH-MATE III received her elegant interior designing from the interior design company of Jane Plachter. In 1973 she was formally launched with accolade in Amsterdam and following sea trials and finishing touches was thereafter handed over to the owner. Nv Amsterdamsche Scheepswerf G De Vries Lentsch Jr completed their new build motor yacht in the Netherlands. A reasonable feeling is brought about with a widest beam (width) of 6.7 m / 22 feet. With a 1.68m (5.5ft) draught (maximum depth) she is shallow. The material aluminium was used in the building of the hull of the motor yacht. Her superstructure above deck is built from aluminium. In 1991 further refitting and updating was also performed.

MITCH-MATE III is engineered with twin agile CATERPILLAR diesel engine(s) and can reach a swift top end continuous speed of approximately 13 knots. The engine of the yacht produces 630 horse power (or 464 kilowatts). Her total HP is 1260 HP and her total Kilowatts are 927. She is driven by twin screw propellers. For stabalisers she was supplied with Wilcox. This yacht’s reasonable cruising speed is 11 knots which enables a range of 2000.

The well sized luxury yacht M/Y MITCH-MATE III can sleep as many as 8 guests and 6 qualified crew.

A List of the Specifications of the MITCH-MATE III:

The luxury yacht MITCHMATE III displayed on this page is merely informational and she is not necessarily available for yacht charter or for sale, nor is she represented or marketed in anyway by CharterWorld. This web page and the superyacht information contained herein is not contractual. All yacht specifications and informations are displayed in good faith but CharterWorld does not warrant or assume any legal liability or responsibility for the current accuracy, completeness, validity, or usefulness of any superyacht information and/or images displayed. All boat information is subject to change without prior notice and may not be current. 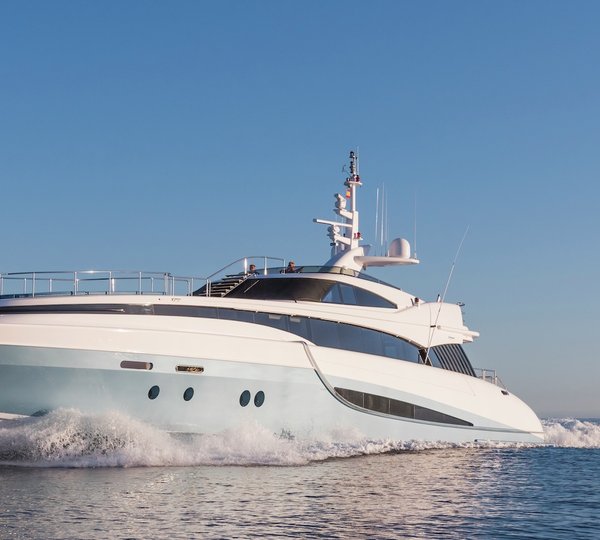 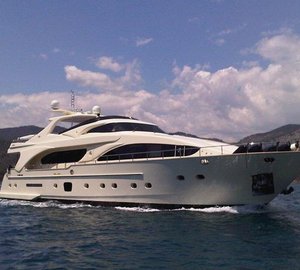 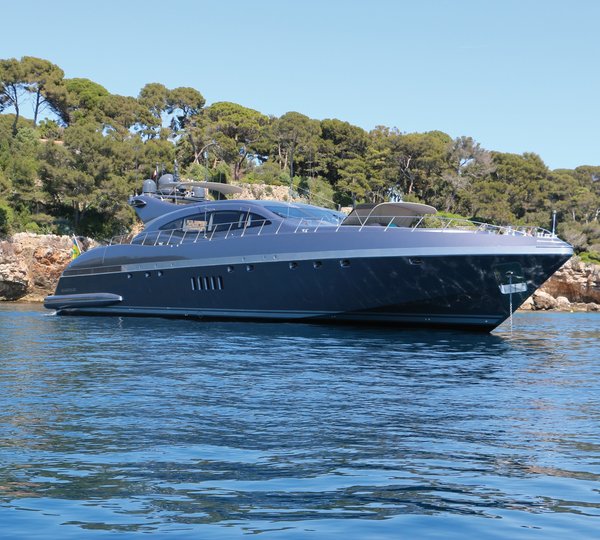