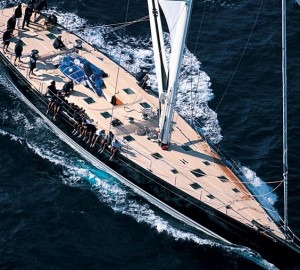 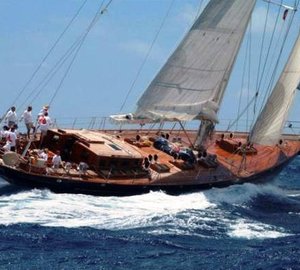 If you have any questions about the KAURIS III information page below please contact us.

The sailing yacht KAURIS III is a 33 m 108 (ft) well proportioned composite boat which was built by Wally and conceived by German Frers. Christened for 2002 the comparatively recent internal styling reflects the talents of Studio Castellini.

The Wally 107 Sailing yacht KAURIS III is a 33-meter (107-foot) sloop which is the first yacht of her size to feature a canting keel allowing great comfort and performance. Sailing yacht Kauris III was developed along the same concept of the previous Kauris II. Sailing yacht KAURIS III’s deck layout includes two separate cockpits including a central social cockpit with table and seats and the aft navigation cockpit that gives access down below to the large owner’s stateroom through the aft companionway and the aft cockpit which serves as a sunbathing area as well. S/Y KAURIS III’s flush- deck is completely covered by teak wood, displaying a perfect joinery work. Wally Sail yacht Kauris III features all the Wally easy-handling technologies including the furling boom for the 3DL main sail and the furling 3DL genoa.

German Frers was the naval architect involved in the formal superyacht design work for KAURIS III. Her interior design was completed by Studio Castellini. German Frers is also associated with the yacht general design work for this yacht. Created at Wally this vessel was built in the country of Italy. She was officially launched in Fano in 2002 before being handed over to the owner. Her main hull was crafted from composite. The sailing yacht superstructure component is fabricated for the most part using composite. With a beam of 6.89 metres or 22.6 feet KAURIS III has moderate internal space. A fairly deep draught of 3.9m (12.8ft) determines the amount of certain marinas she can berth in, depending on their individual characteristics.

The Accommodation Aboard Superyacht KAURIS III:

The well proportioned luxury yacht S/Y KAURIS III is able to accommodate as many as 6 guests in addition to 4 professional crew.

A List of the Specifications of the KAURIS III:

The yacht was supplied with Condaria air-con. KAURIS III features a teak deck.

The luxury yacht KAURIS III displayed on this page is merely informational and she is not necessarily available for yacht charter or for sale, nor is she represented or marketed in anyway by CharterWorld. This web page and the superyacht information contained herein is not contractual. All yacht specifications and informations are displayed in good faith but CharterWorld does not warrant or assume any legal liability or responsibility for the current accuracy, completeness, validity, or usefulness of any superyacht information and/or images displayed. All boat information is subject to change without prior notice and may not be current.

"What I try to achieve when designing any kind of boat is to do something which is fast and good looking. That is to say, the whole thing is well proportioned and has grace regardless of the size and type. A boat that is responsive, gracious and has character." - German Frers 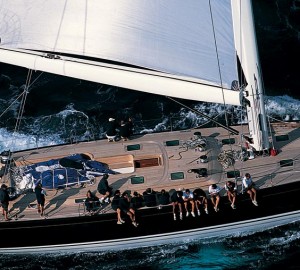 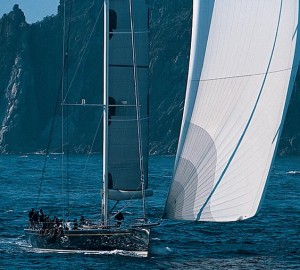 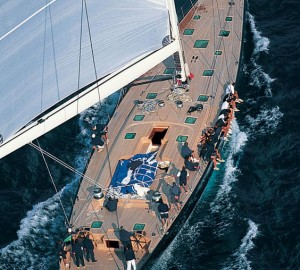 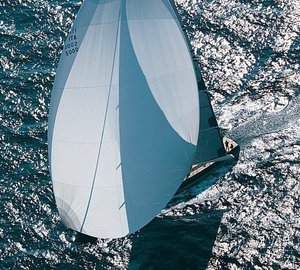 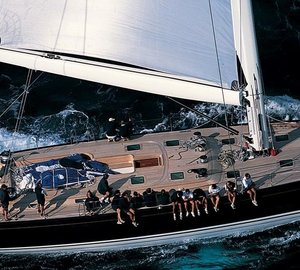 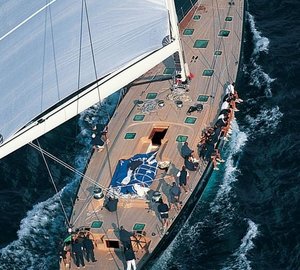 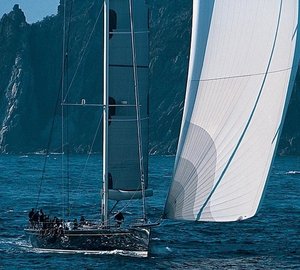 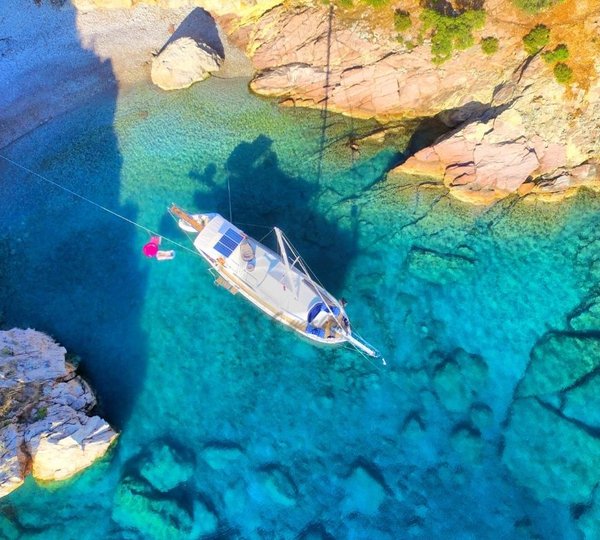 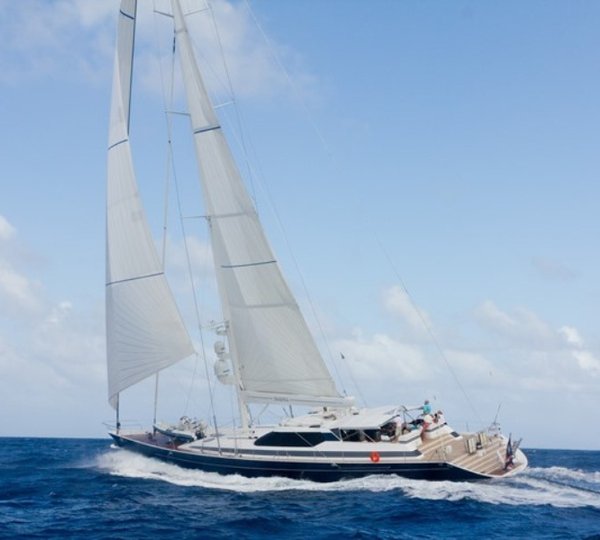 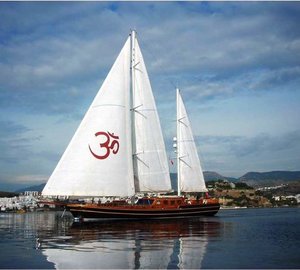