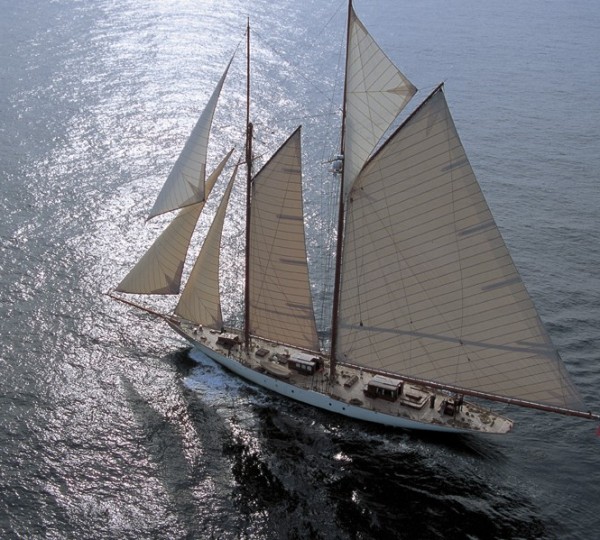 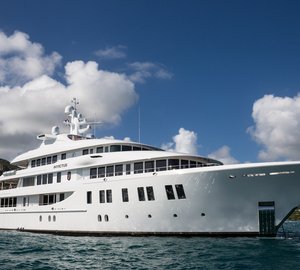 Delivered by the prestigious US shipyard Delta ...

If you have any questions about the INVADER information page below please contact us.

This sailing yacht INVADER is a 49 m 162 (ft) large steel vessel which was developed by George Lawley & Son rp and her design plans were devised by Albert S Cheseborough and Franco Giorgetti. A ample twin masted schooner INVADER is a particularily distinctive United States made yacht which was launched to accolade in 1905. Accommodating 10 guests and 7 crew members, sailing yacht INVADER was formerly 573 Invader; Nancy Lee; Invader; Empress. She could be described as a classic twin masted schooner. The graceful sailing yacht has been brought about from naval architects Albert S. Cheseborough and Franco Giorgetti. Franco Giorgetti was involved in the interior design.

Albert S Cheseborough was the naval architect involved in the formal superyacht plans for INVADER. Her interior design was completed by Franco Giorgetti. Albert S Cheseborough and Franco Giorgetti is also associated with the yacht general design work for this boat. In 1905 she was formally launched with triumph in South Boston Ma and post sea trials and finishing touches was then delivered to the yacht owner. George Lawley & Son rp completed their new build sailing yacht in the United States. Her main hull was crafted from steel. The sailing yacht superstructure is fabricated mostly with teak. The total length of the luxury yacht on deck is 41.45 (136 ft). With a width of 7.8 metres / 25.6 ft INVADER has reasonable internal space. A reasonably deep draught of 4.21m (13.8ft) limits the amount of overall ports she can visit, depending on their specific depth at low tide. She had refit improvement and modification completed by 2003.

Installed with twin GM diesel main engines, INVADER is able to attain a high speed of 9 knots. Her propulsion units are twin screw propellers. Her total HP is 500 HP and her total Kilowatts are 368. Regarding bow thrusters she uses Schottel.

The generous luxury yacht S/Y INVADER is able to accommodate a total of 10 guests and has 7 qualified crew.

The luxury yacht INVADER displayed on this page is merely informational and she is not necessarily available for yacht charter or for sale, nor is she represented or marketed in anyway by CharterWorld. This web page and the superyacht information contained herein is not contractual. All yacht specifications and informations are displayed in good faith but CharterWorld does not warrant or assume any legal liability or responsibility for the current accuracy, completeness, validity, or usefulness of any superyacht information and/or images displayed. All boat information is subject to change without prior notice and may not be current. 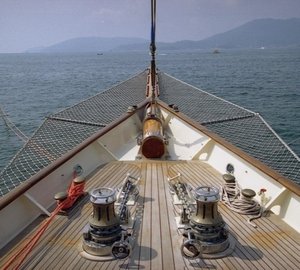 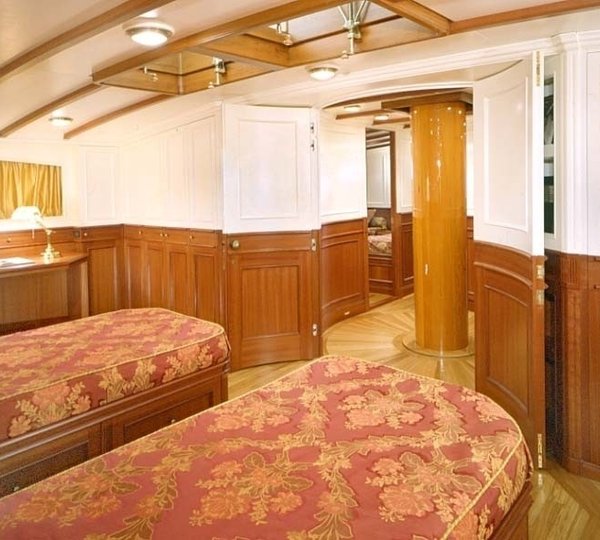 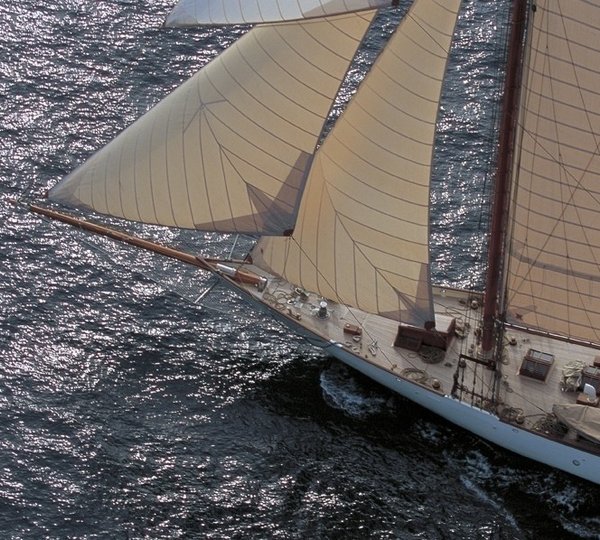 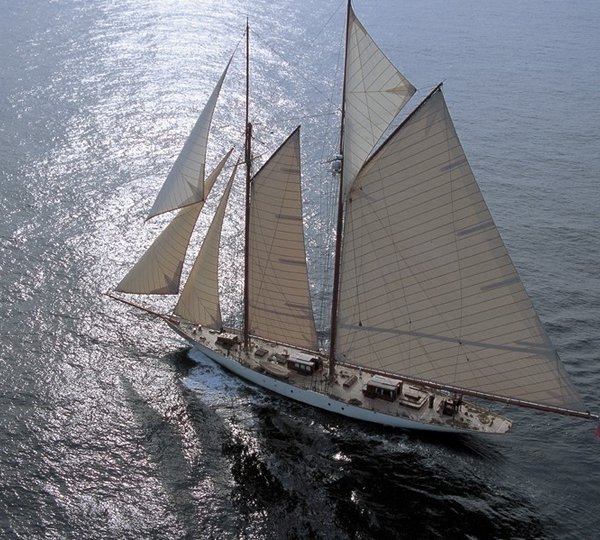 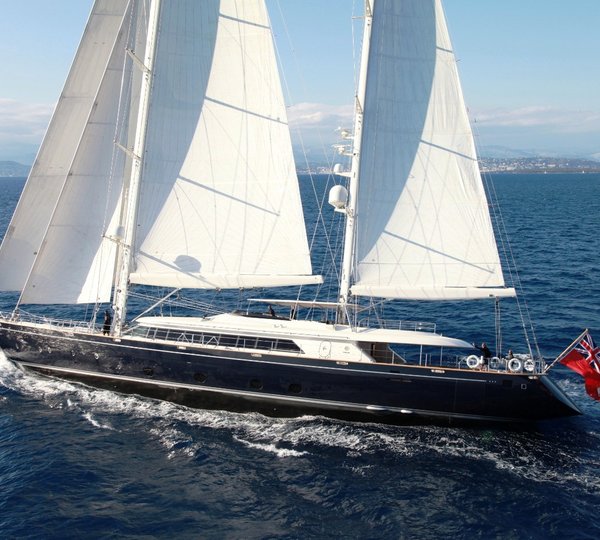 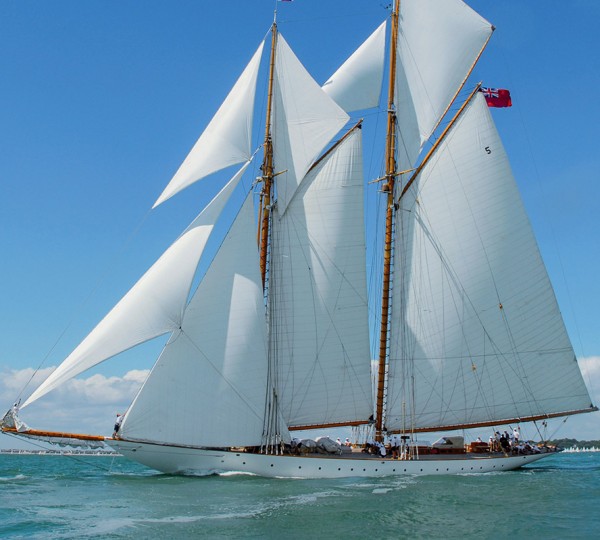 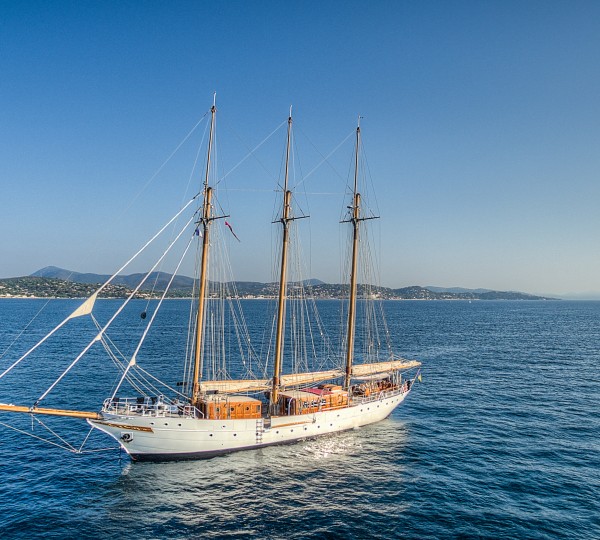