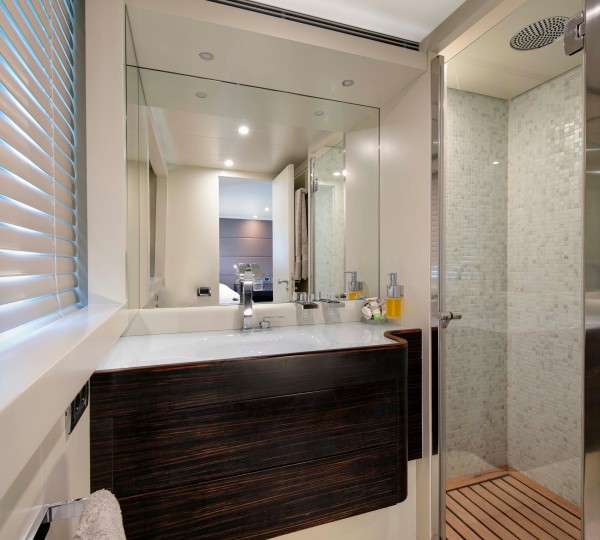 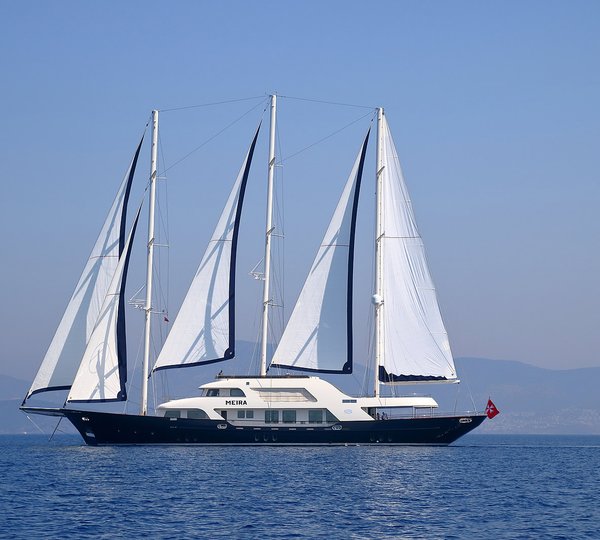 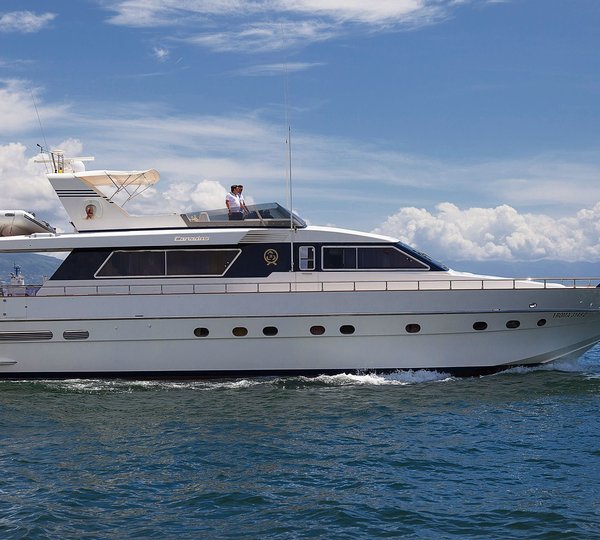 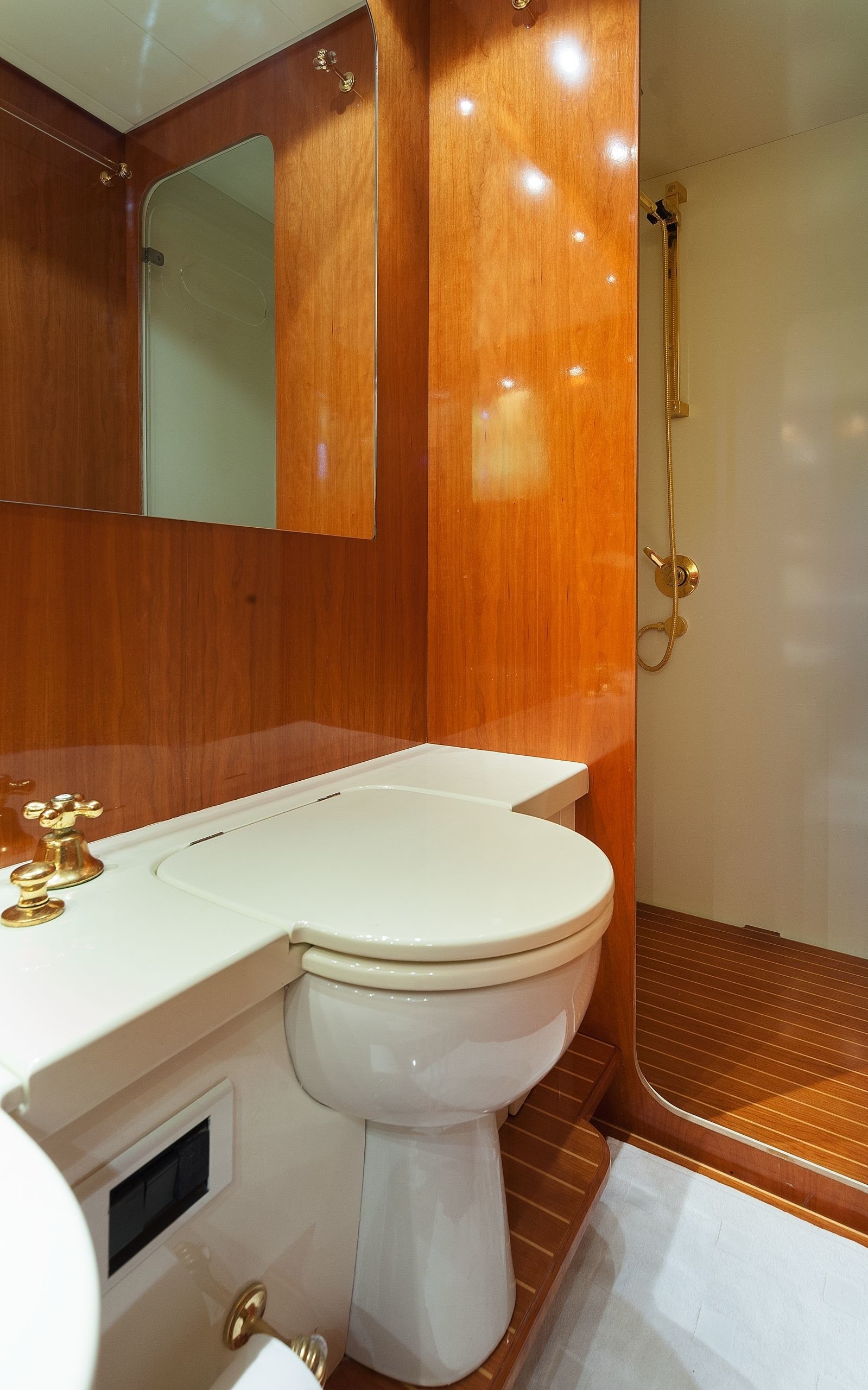 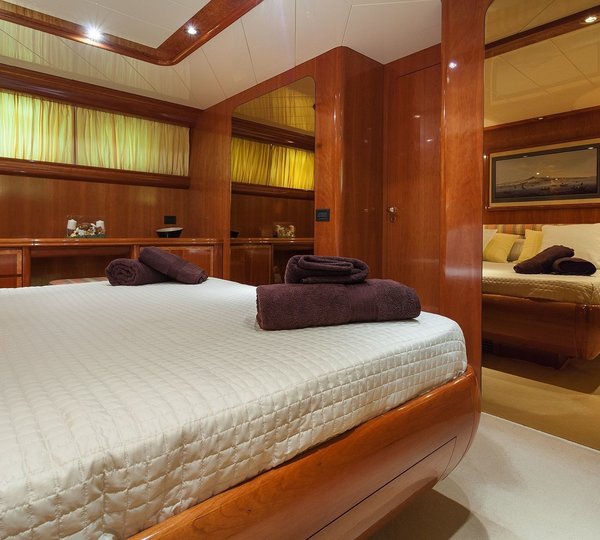 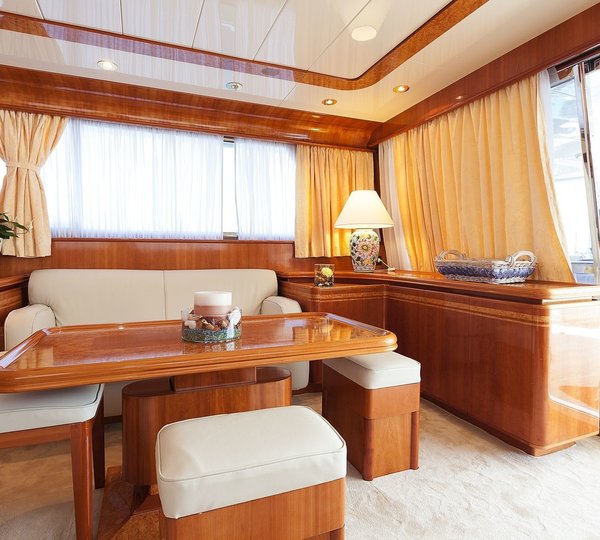 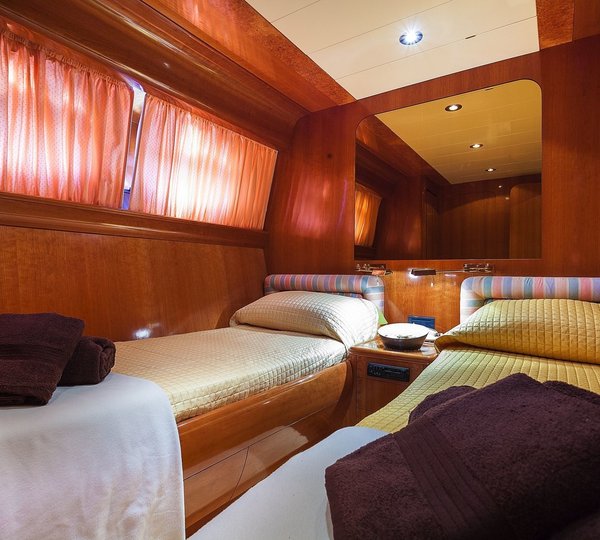 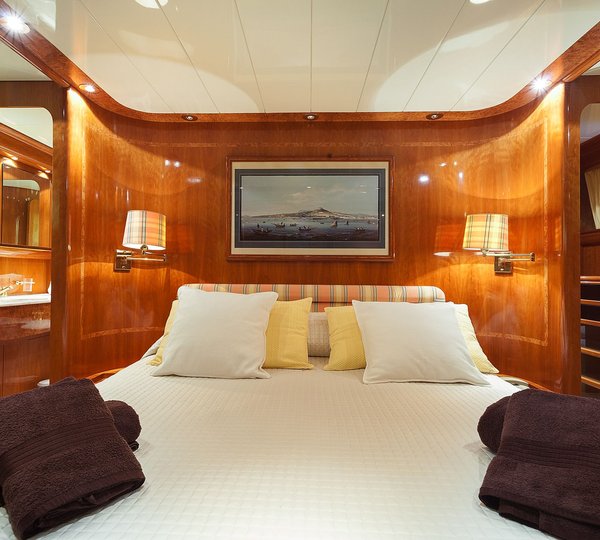 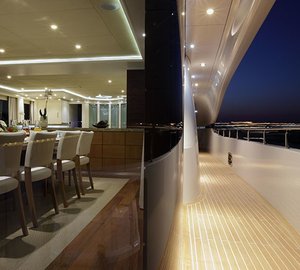 There is also space for the vessel's friendly and dedicated crew of 6 professionals. The aft deck ... 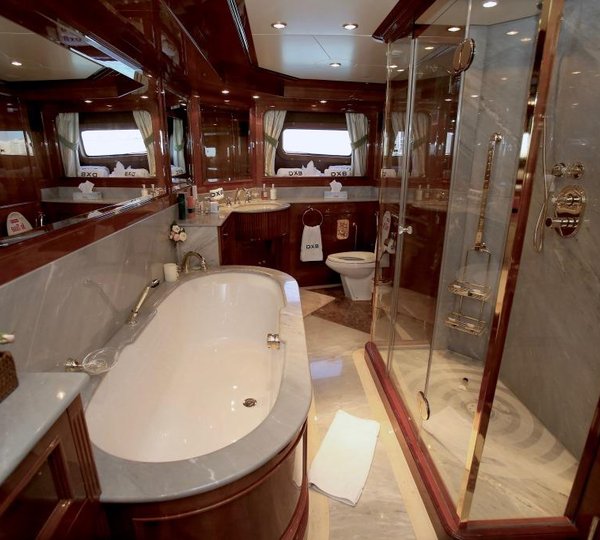 The yacht is fitted with an underway stabilization system for additional comfort. Accommodation ... 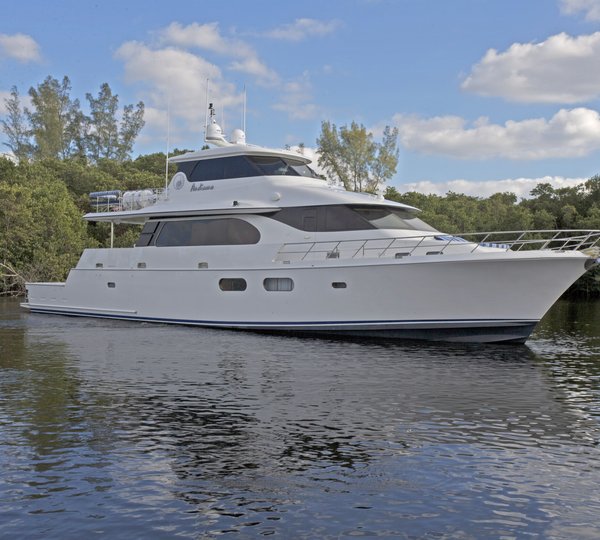 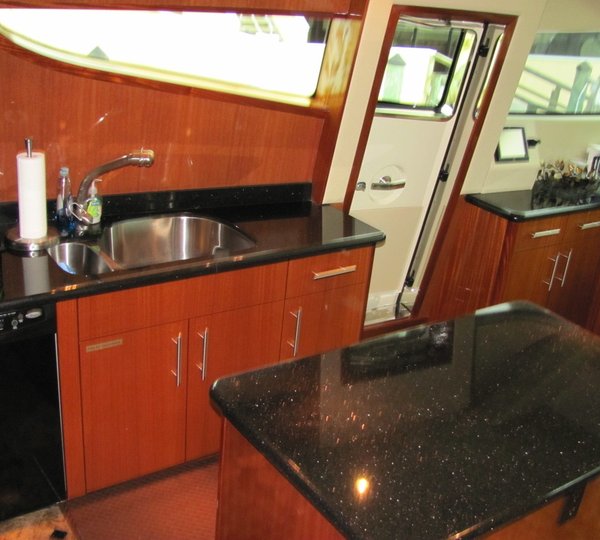 Aft of the skylounge, the bridge deck is perfect for casual events, boasting an alfresco dining ...