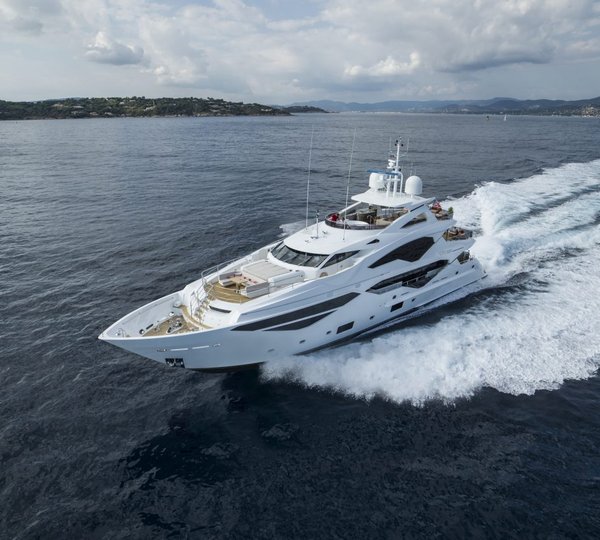 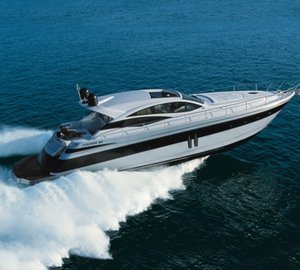 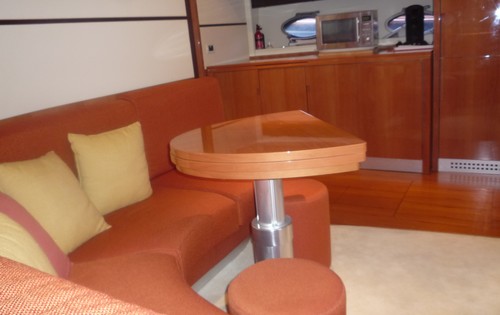 The main salon is below decks and has a warm and minimalistic décor with comfortable sofas and a leaf folding table, making it the ideal space for meals or simply relaxing. Above the salon is an upper salon forward of the ... 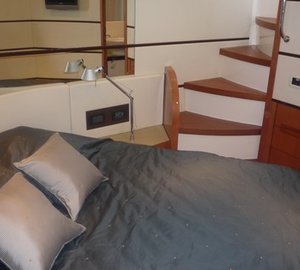 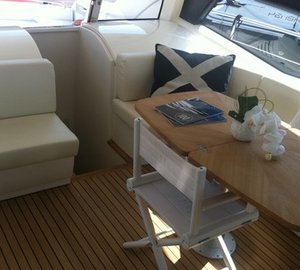 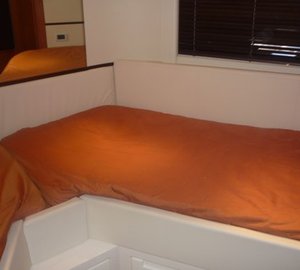 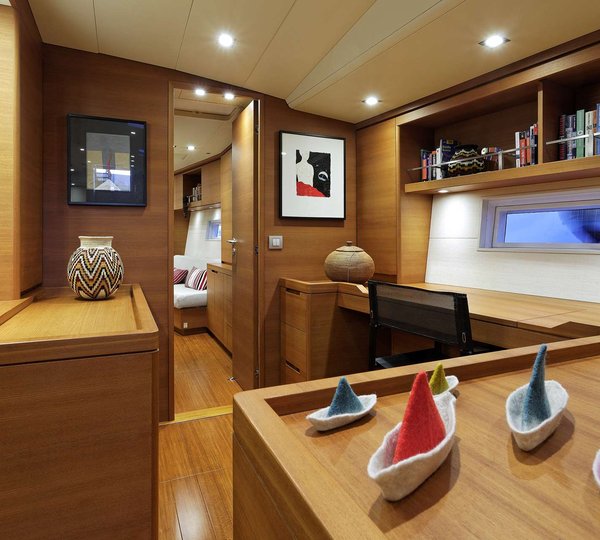 Both have twin beds, a widescreen TV, a wardrobe and an en-suite bathroom with a toilet, sink and ... 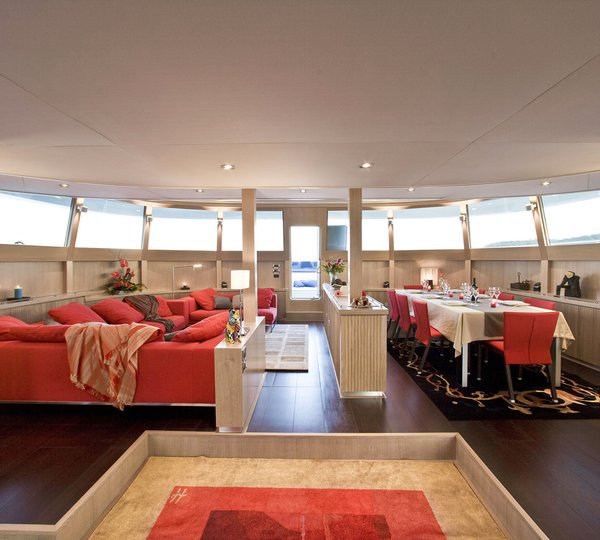 Bradley cruises at an average speed of 20 knots, and can reach a maximum speed of 30 knots. Motor ... 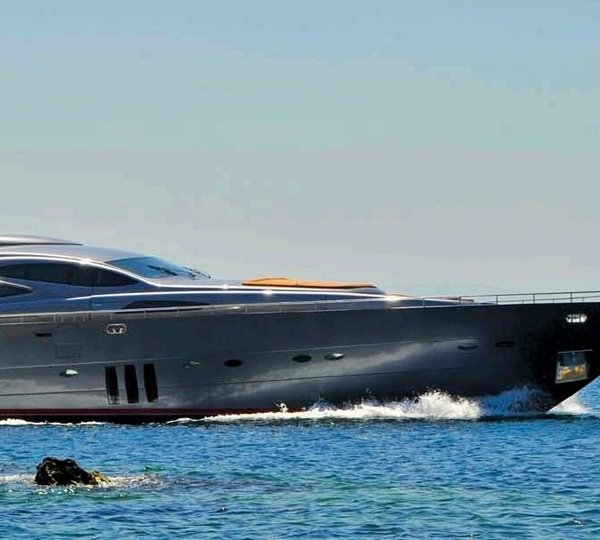 Luxury motor yacht GINGER is a Pershing 115 yacht built by the renowned Pershing Shipyard of Italy ... 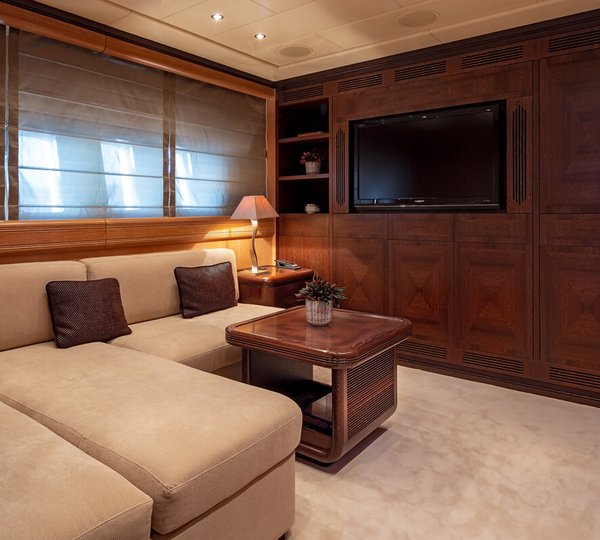 She has an attentive crew of 5 and is ideal not only for charter with friends but also for family ... 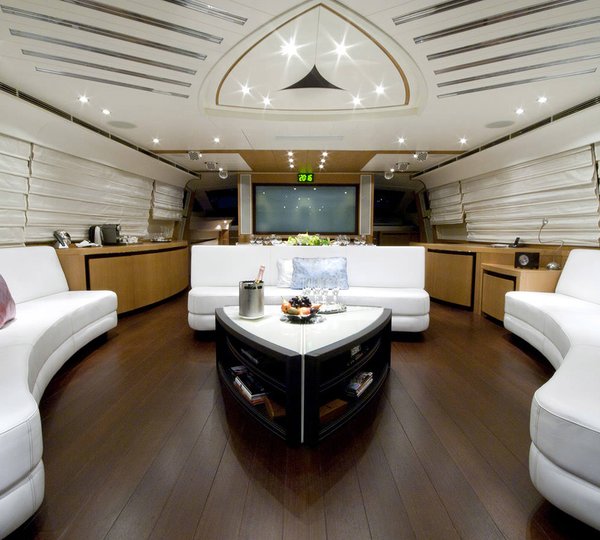