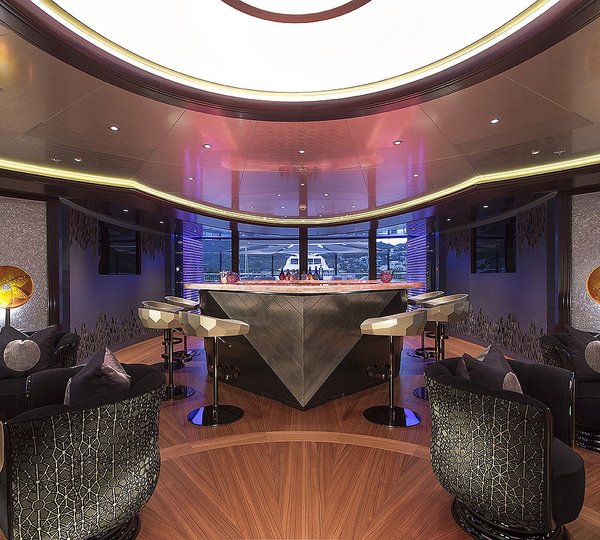 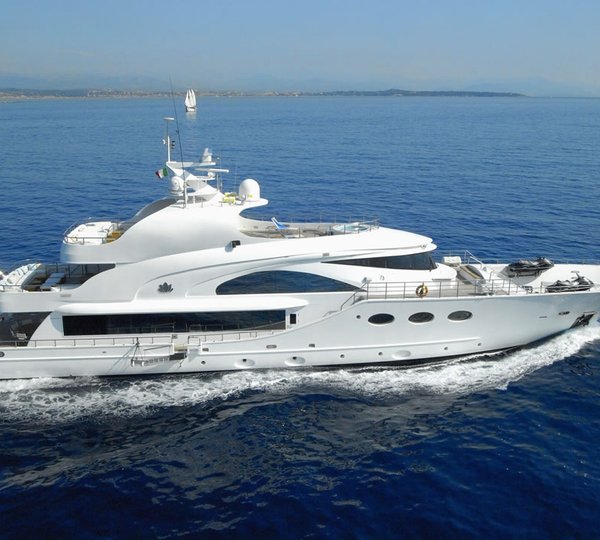 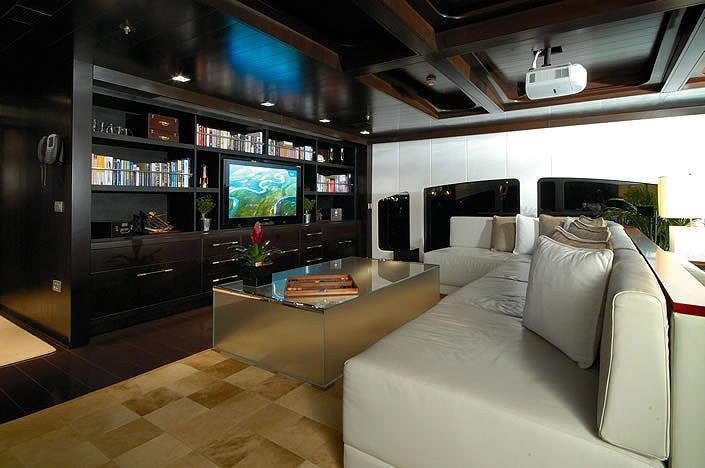 Also on the main deck is a fully equipped private office. The upper deck saloon is fitted with hand-stitched cowhide rugs, and an array of nautical antiques in mahogany cabinets to give a chic lounge like vibe. 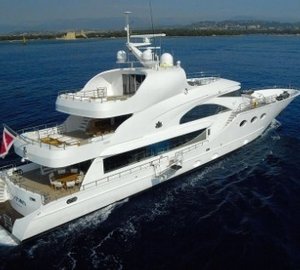 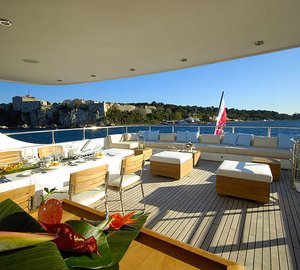 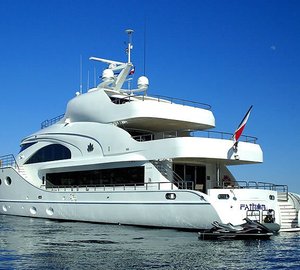 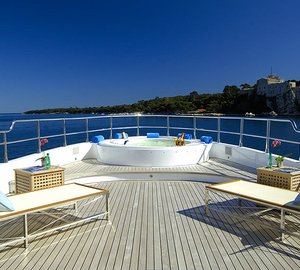 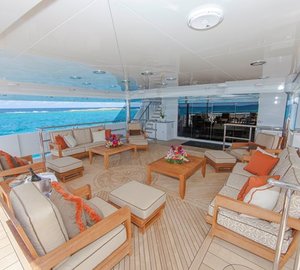 The interior design of the luxury motor yacht SKYFALL was designed by Patrick Knowles. NOTABLE ... 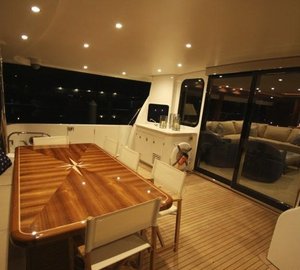 The aft deck is spacious and shaded with an alfresco dining option and sliding glass doors that ... 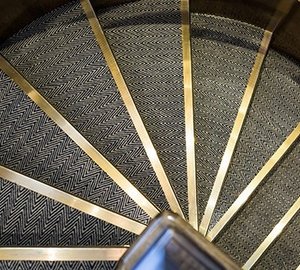 On the main deck forward is the full beam master stateroom, complete with a capacious full beam ... 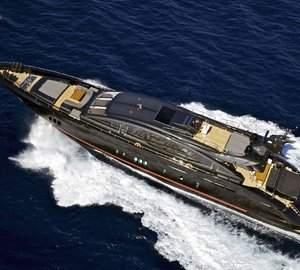 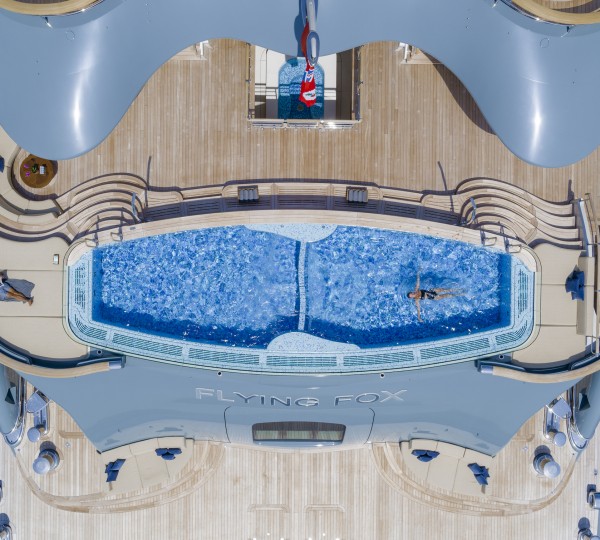