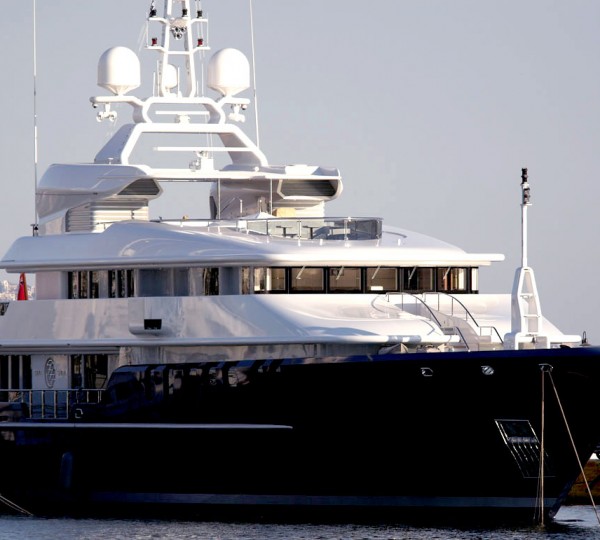 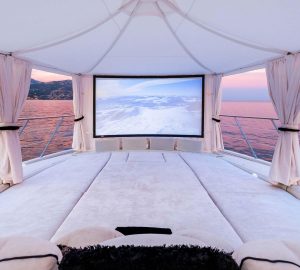 As the FIFA World Cup kicks off in Russia for a ... 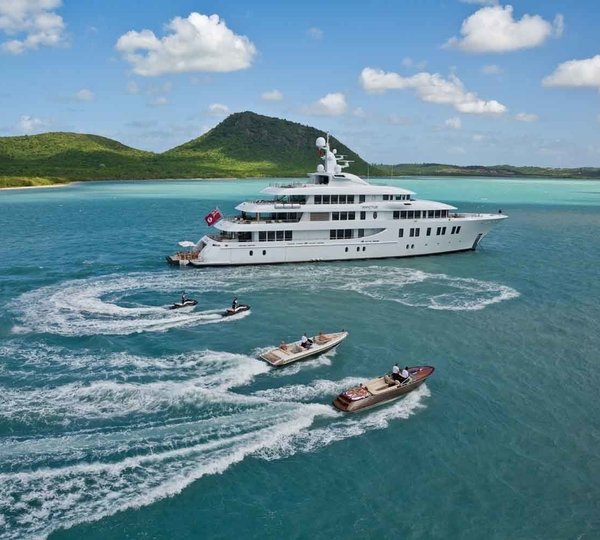 If you have any questions about the TRIPLE SEVEN information page below please contact us.

The motor yacht TRIPLE SEVEN is a 66 metre 218 (foot) volumous steel ship which was newly built at Thyssenkrupp Marine Systems Ag and designed from the design board of Newcruise and Frank Neubelt. Sleeping 12 passengers and 18 crew, motor yacht TRIPLE SEVEN was previously called 777. The firm of naval architecture which delivered this yacht's plans and general arrangement on this ship was Newcruise and Frank Neubelt. Her interior styling was the work of Newcruise / Kathy Razcek.

TRIPLE SEVEN was named after her build name 777 which is considered to be a lucky number combination in Germany.

Newcruise was the naval architect firm involved in the technical vessel design work for TRIPLE SEVEN. Her interior design was realised by Newcruise / Kathy Razcek. Newcruise and Frank Neubelt is also associated with the yacht wider design collaboration for this boat. Created at Thyssenkrupp Marine Systems Ag the yacht was fabricated in the country of Germany. She was officially launched in Rendsburg in 2006 before being handed over to the owner. A fairly large area is manifested with a widest beam (width) of 12 metres or 39.37 ft. With a 3.55m (11.65ft) draught (maximum depth) she is fairly deep. The material steel was used in the building of the hull of the motor yacht. Her superstructure above deck is created with the use of steel. In 2007 further refitting and updating was in addition finished.

The Range & Speeds And Main Engines For M/Y TRIPLE SEVEN:

Powered by two MTU diesel engines, TRIPLE SEVEN will reach a top speed of 17 knots. For propulsion TRIPLE SEVEN has twin screw propellers. She also has an efficient range of 5000 miles when motoring at her cruising speed of 15 knots. Her total HP is 4720 HP and her total Kilowatts are 3520.

The volumous luxury yacht motor yacht TRIPLE SEVEN can sleep as many as 12 people and has 18 qualified crew.

A List of the Specifications of the TRIPLE SEVEN:

Around Sept 2009 TRIPLE SEVEN cruised Ta' Xbiex, in Malta. As the yacht does have her own helicopter helideck onboard, TRIPLE SEVEN has the capacity to transport passengers and/or cargo to and from another place. This motor yacht has a teak deck.

The luxury yacht TRIPLE SEVEN displayed on this page is merely informational and she is not necessarily available for yacht charter or for sale, nor is she represented or marketed in anyway by CharterWorld. This web page and the superyacht information contained herein is not contractual. All yacht specifications and informations are displayed in good faith but CharterWorld does not warrant or assume any legal liability or responsibility for the current accuracy, completeness, validity, or usefulness of any superyacht information and/or images displayed. All boat information is subject to change without prior notice and may not be current. 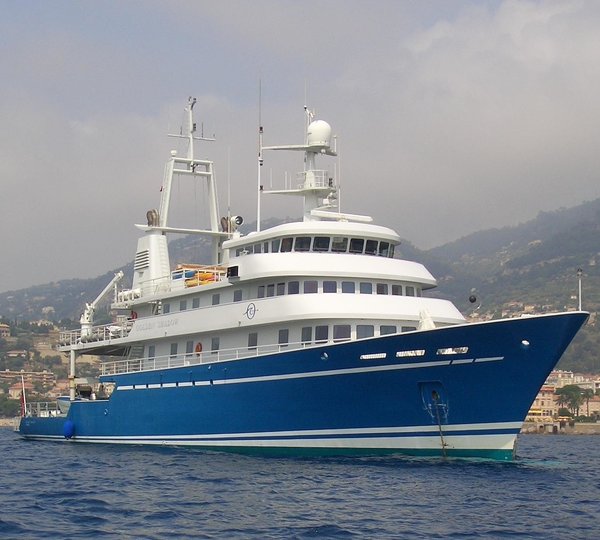