If you have any questions about the GOLDEN ARROW information page below please contact us.

The yacht's general design work came from Admiralty. The technical naval architect plans are a creation of Admiralty. Built by Blue Trend Yachts this vessel was built in the United Kingdom. She was officially launched in Uk in 1944 before being transferred to the owner. A reasonable area is achieved with a maximum beam (width) of 5.49 m / 18 ft. With a 2.19m (7.2ft) draught (maximum depth) she is reasonably shallow. The material wooden was used in the building of the hull of the motor yacht. Her superstructure above deck is fashioned out of teak. In 1948 further refitting and updating was additionally performed.

The yacht posseses twin GLENIFFER diesel engine(s) and can find a stately maximum limit speed underway at 11 knots. The main engine of the ship gives 160 horse power (or 118 kilowatts). Her total HP is 320 HP and her total Kilowatts are 235. For propulsion GOLDEN ARROW has twin screw propellers.

The well sized luxury yacht M/Y GOLDEN ARROW can sleep up to 18 passengers and has 6 crew.

A List of the Specifications of the GOLDEN ARROW:

The luxury yacht GOLDEN ARROW displayed on this page is merely informational and she is not necessarily available for yacht charter or for sale, nor is she represented or marketed in anyway by CharterWorld. This web page and the superyacht information contained herein is not contractual. All yacht specifications and informations are displayed in good faith but CharterWorld does not warrant or assume any legal liability or responsibility for the current accuracy, completeness, validity, or usefulness of any superyacht information and/or images displayed. All boat information is subject to change without prior notice and may not be current. 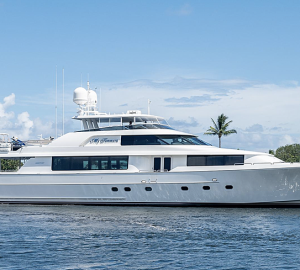 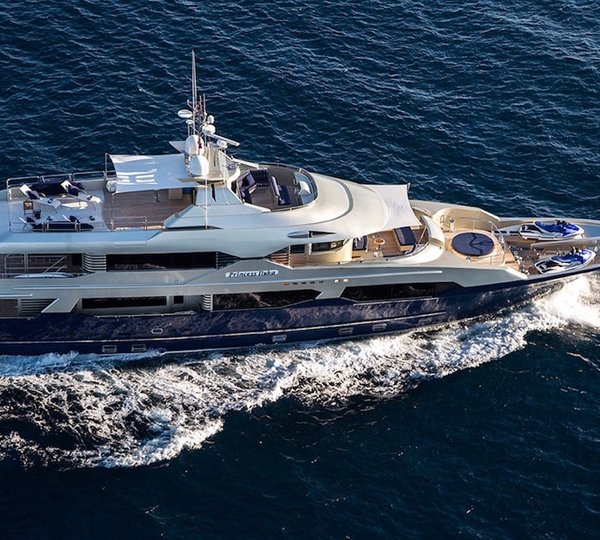 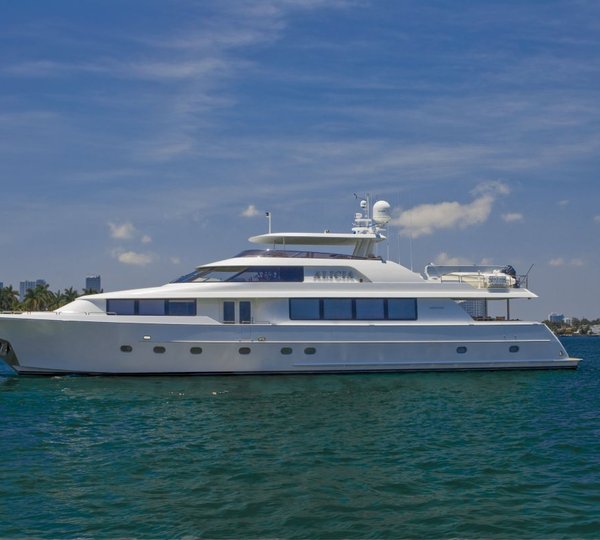