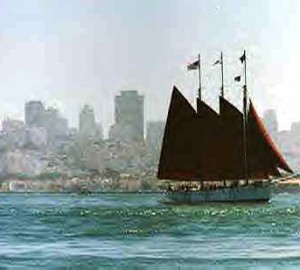 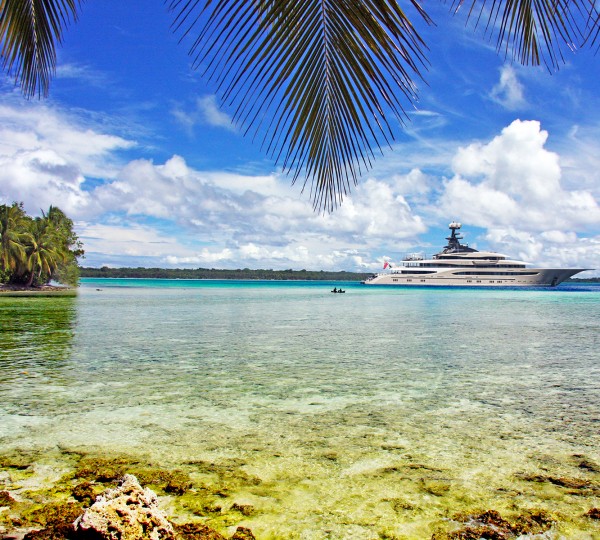 If you have any questions about the AMERICAN PRIDE information page below please contact us.

This sailing yacht AMERICAN PRIDE is a 39 m 129 (foot) good sized wooden superyacht which was fashioned at Muller Boat Works and devised from the design board of Alan Woods. The good sized triple masted schooner AMERICAN PRIDE is a particularly high quality United States built superyacht which was launched to celebration in 1941. Accommodating 38 passengers and 4 crew, sailing yacht AMERICAN PRIDE was formerly Virginia; Araho; St. Catherine; Lady In Blue; Natalie Todd. The naval architect responsible for her plans and general arrangement for the yacht was Alan Woods. She could be considered a classic triple masted schooner.

AMERICAN PRIDE is a graceful three-masted schooner built in 1941. She was originally a two-masted schooner-dragger and launched as the VIRGINIA. The yacht spent over forty years commercially fishing the Grand and George’s Banks. From 1968 to 1986 she was known as the LADY IN BLUE, named after a prayer. In 1986, she was completely rebuilt in Thomaston, Maine and certified by the United States Coast Guard. The restoration included adding a third mast, watertight bulkheads, new deck, bulwarks, interior, rigging, machinery. She was renamed the NATALIE TODD, and operated as a charter boat out of Bar Harbor, Maine. In October of 1996, she was purchased by the Children's Maritime Foundation, and began her historic 7500 mile sail through the Panama Canal to her new home in Rainbow Harbor, Long Beach, California.

Alan Woods was the naval architecture company involved in the professional nautical composition for AMERICAN PRIDE. Alan Woods is also associated with the yacht wider design collaboration for this boat. In 1941 she was formally launched with celebration in Brooklyn Ny and following sea trials and detailing was afterwards handed over to the owner. Muller Boat Works completed their new build sailing yacht in the United States. Her main hull was built out of wooden. The sailing yacht main superstructure is made for the most part from wood. The total length of the luxury yacht on deck is 30.7 (100.7 ft). With a beam of 6.4 metres / 21 feet AMERICAN PRIDE has moderate size. A fairly deep draught of 3.05m (10ft) selects the amount of overall ports she can enter, taking into account their individual depth at low tide. She had refit improvement and alteration work carried out by 1993.

For propulsion AMERICAN PRIDE has a single screw propeller. Her total HP is 150 HP and her total Kilowatts are 110.

The well proportioned luxury yacht sailing yacht AMERICAN PRIDE can sleep up to 38 people and 4 crew.

A List of the Specifications of the AMERICAN PRIDE:

The luxury yacht AMERICAN PRIDE displayed on this page is merely informational and she is not necessarily available for yacht charter or for sale, nor is she represented or marketed in anyway by CharterWorld. This web page and the superyacht information contained herein is not contractual. All yacht specifications and informations are displayed in good faith but CharterWorld does not warrant or assume any legal liability or responsibility for the current accuracy, completeness, validity, or usefulness of any superyacht information and/or images displayed. All boat information is subject to change without prior notice and may not be current. 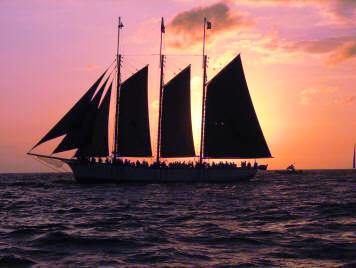 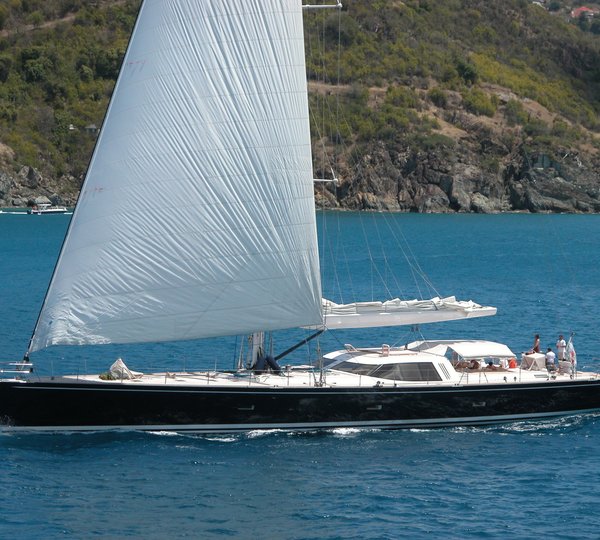 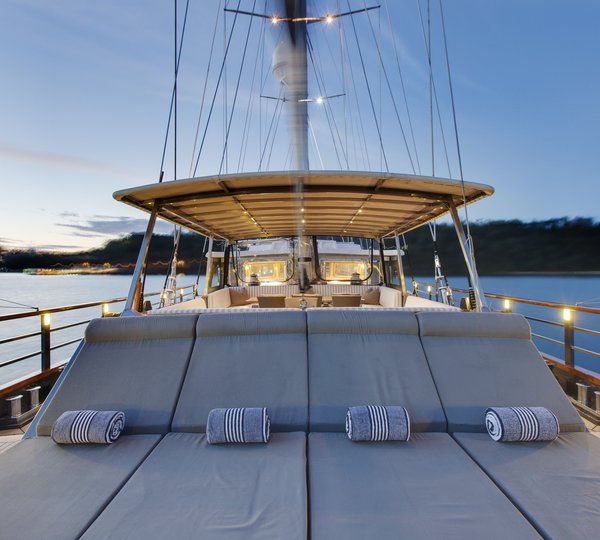