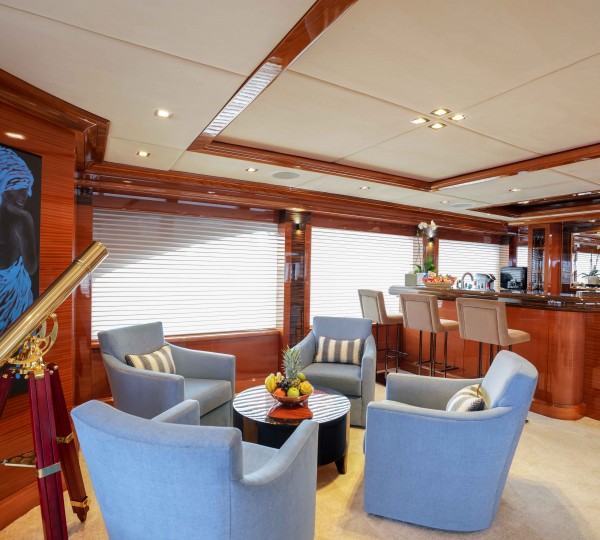 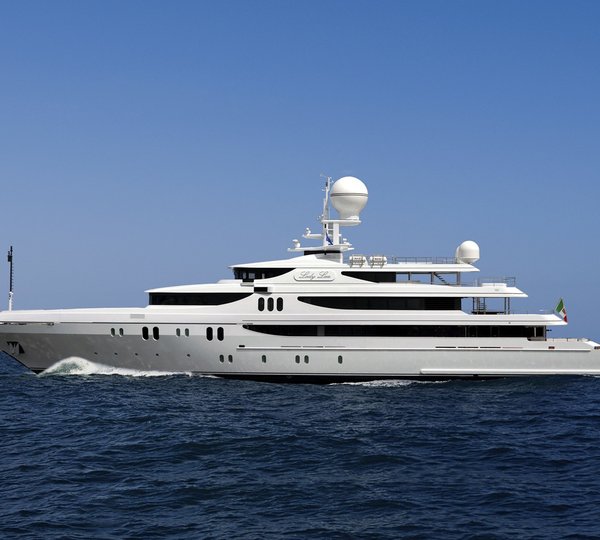 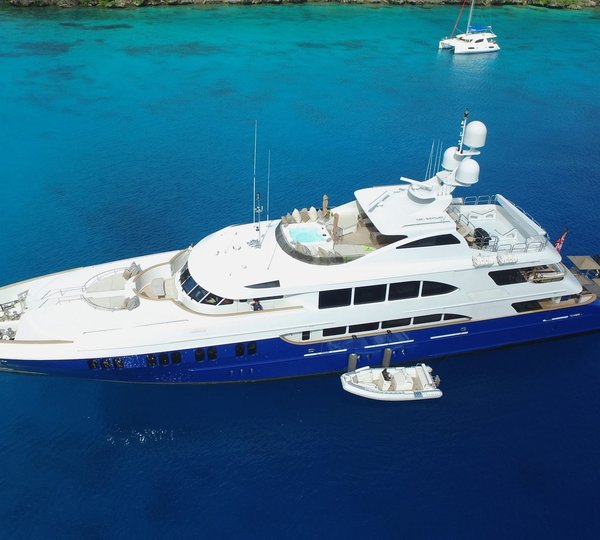 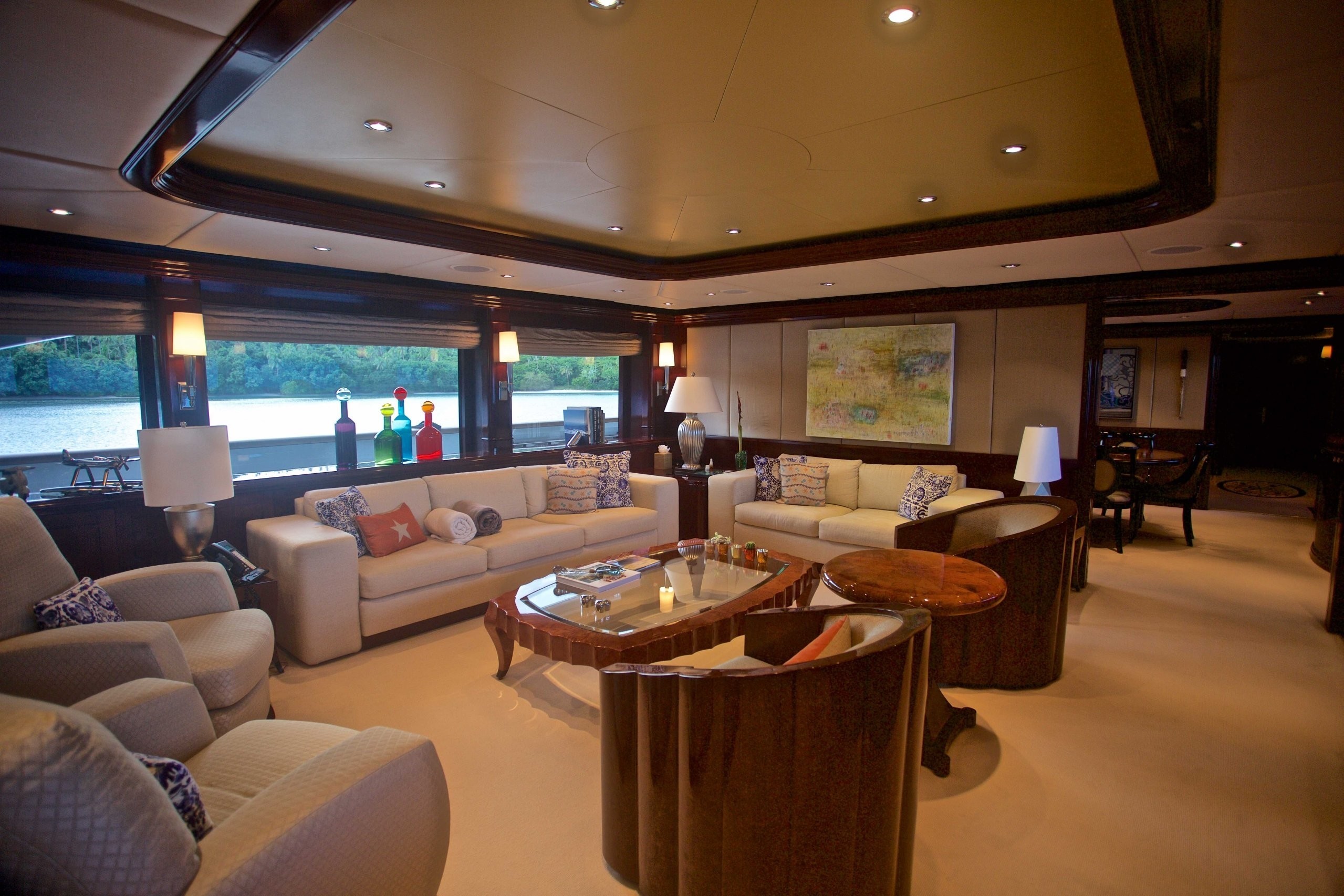 Superyacht LA DEA II is a luxurious 49m (160.9ft) Trinty motor yacht that was launched in 2007, she has received extensive refits in 2010, 2012, 2014, 2015 and 2018. M/Y LA DEA II boasts a sleek powerful exterior designed by Trinity shipyard and an elegant sophisticated interior designed by Evan Marshall and Sylvie Charest. 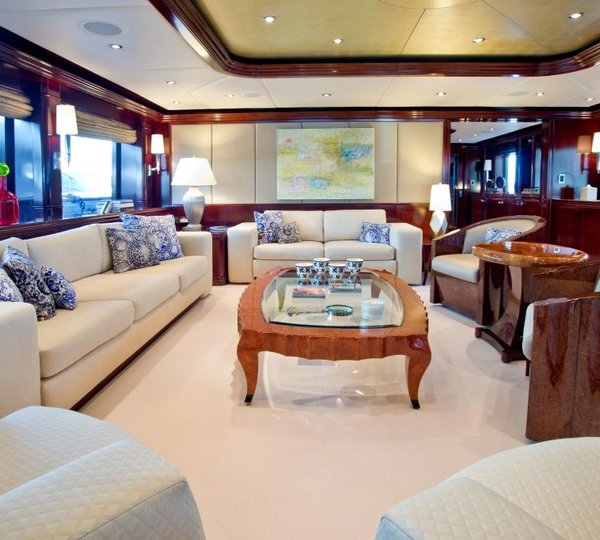 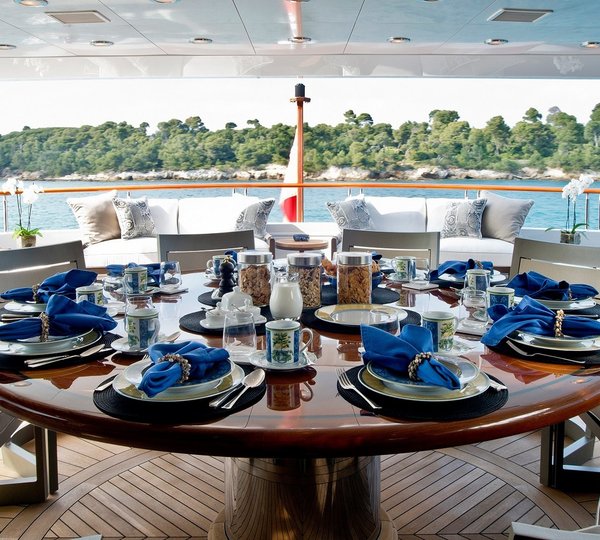 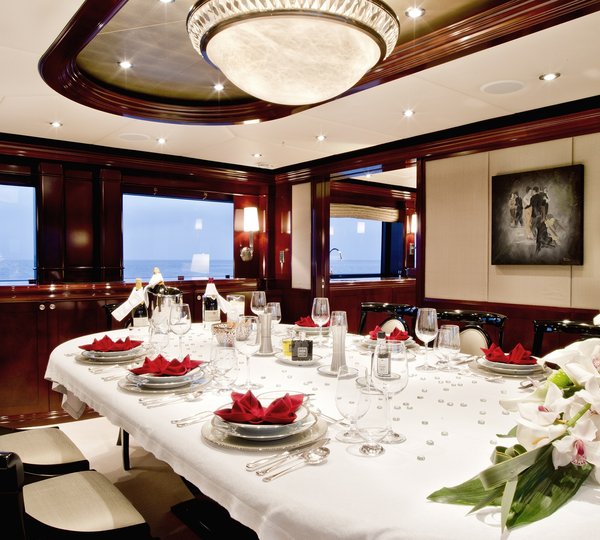 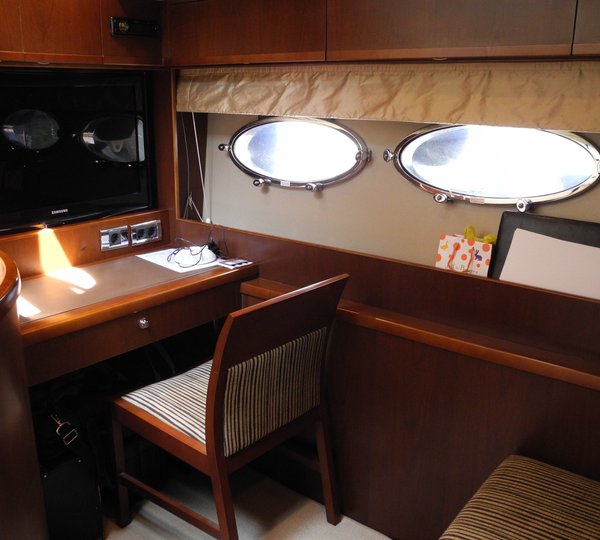 This allows the lower deck accommodation to be designed on the same principles as much larger boats ... 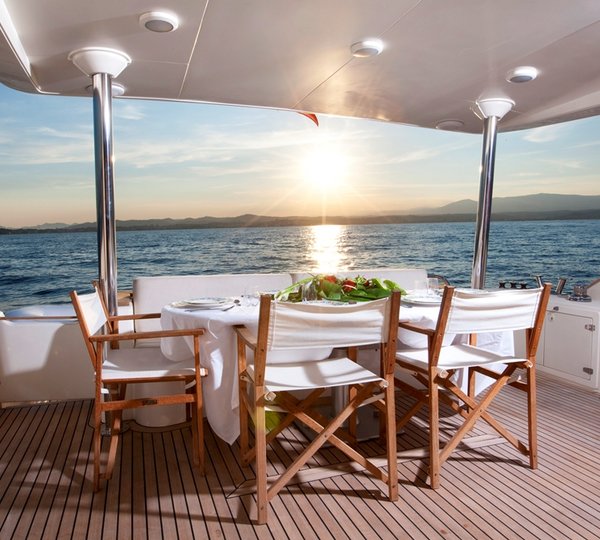 Forward of the salon, the formal dining area is opposite the galley, in a modern open plan. ... 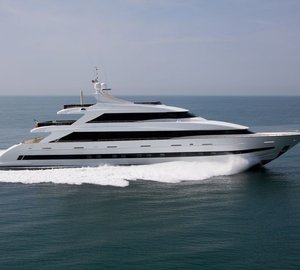 The salon is ideal for entertaining, featuring ample sofas in crisp white and inviting reds, ... 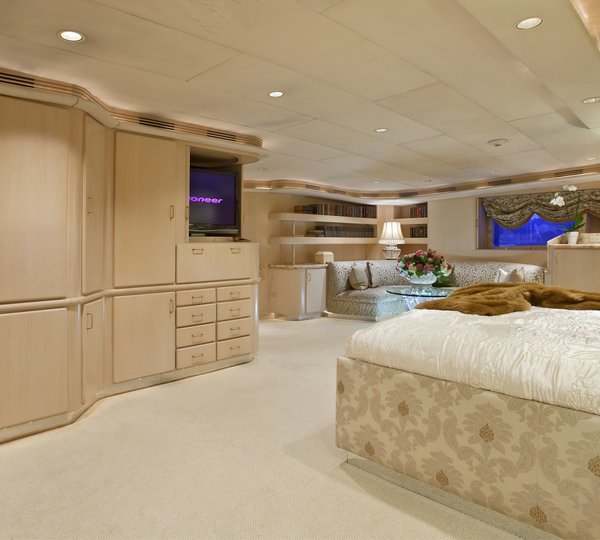 FAM can accommodate a total of 10-12 guests in 6 cabins. Her Owner's suite has a spa pool bathroom ... 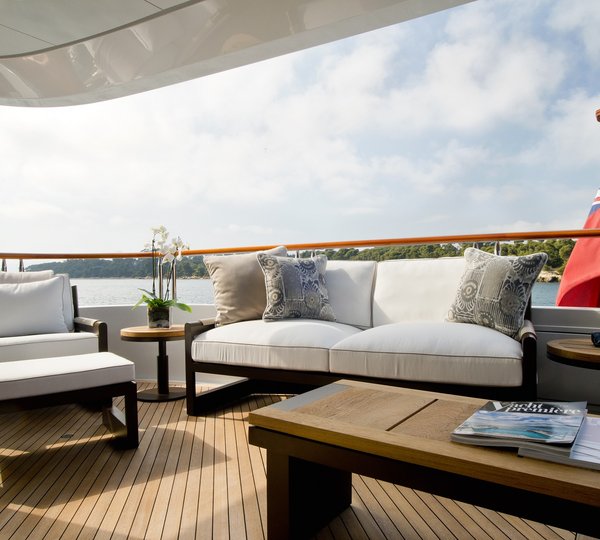 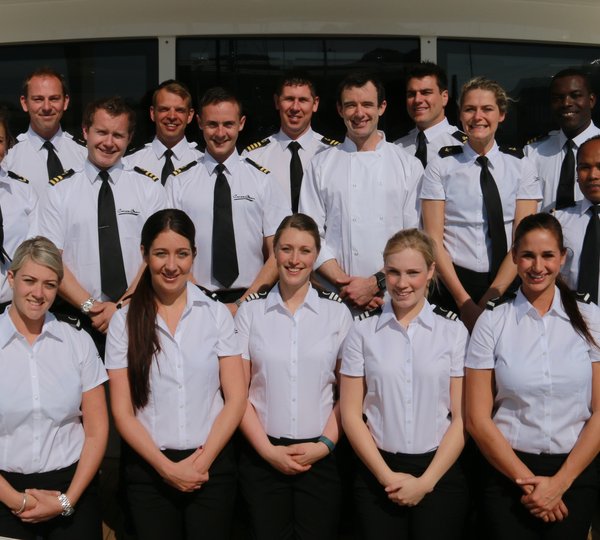 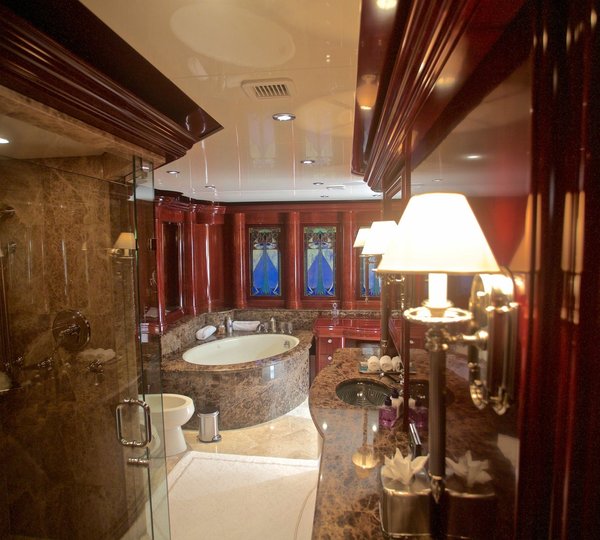