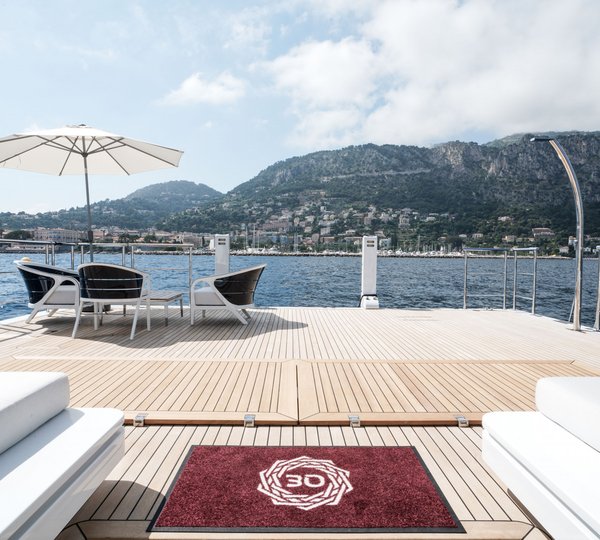 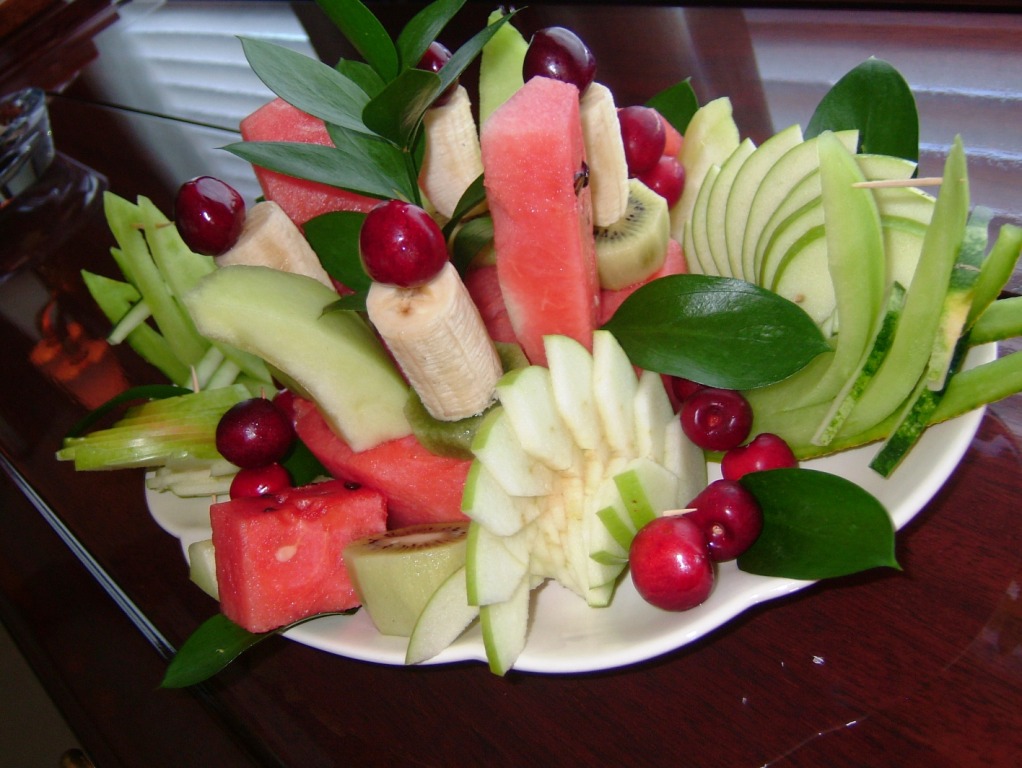 Superyacht JASMIN accommodates up to ten guests in five staterooms including the master suite, which is located on the main deck and is approximately 45 square metres featuring a king-size bed and his and hers bathrooms. On the upper deck are two VIP cabins with queen-size beds and two twin-bedded guest cabins. 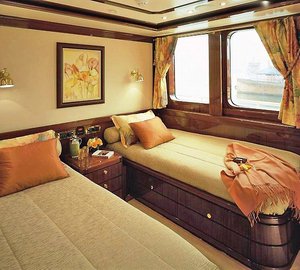 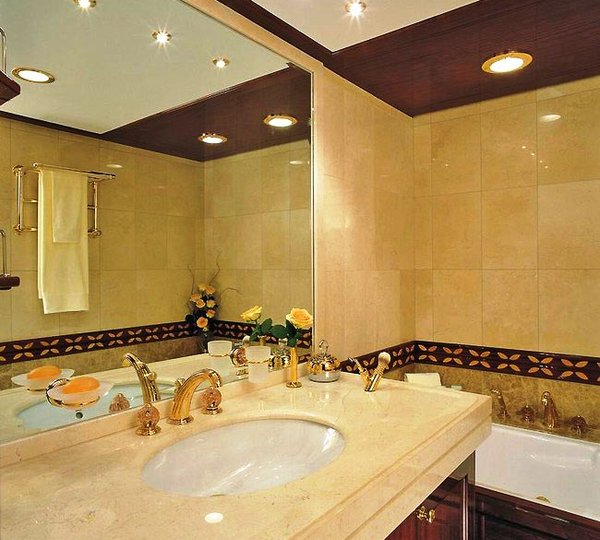 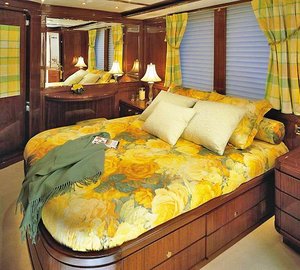 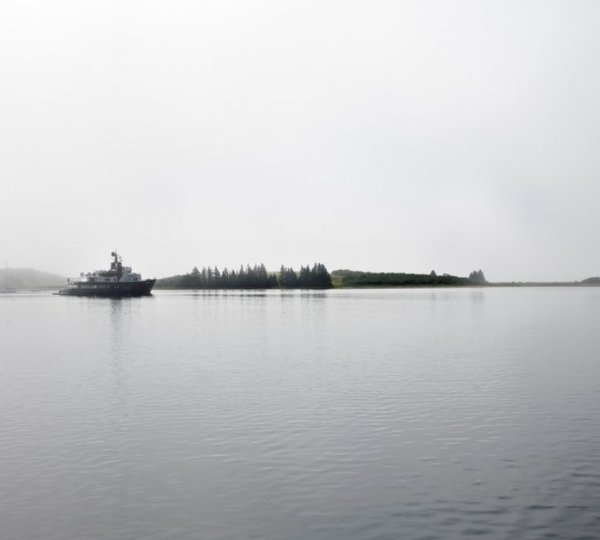 On the upper deck the yacht has a partial Bimini for those wishing to remain in the shade and an ... 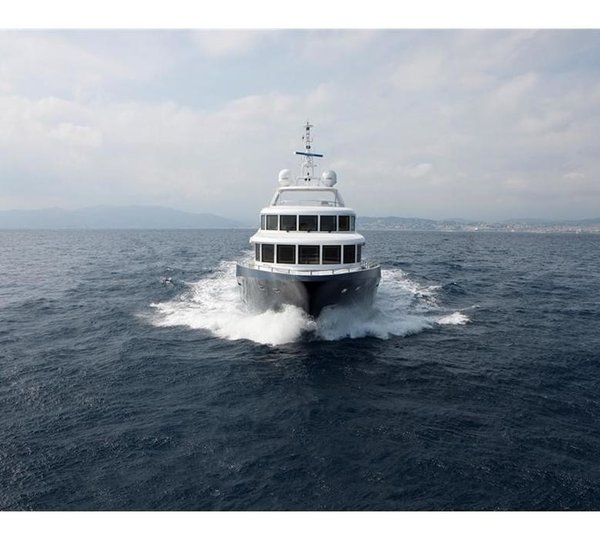 Dining room is divided from the saloon area thanks to a small cabinet with a retractable ... 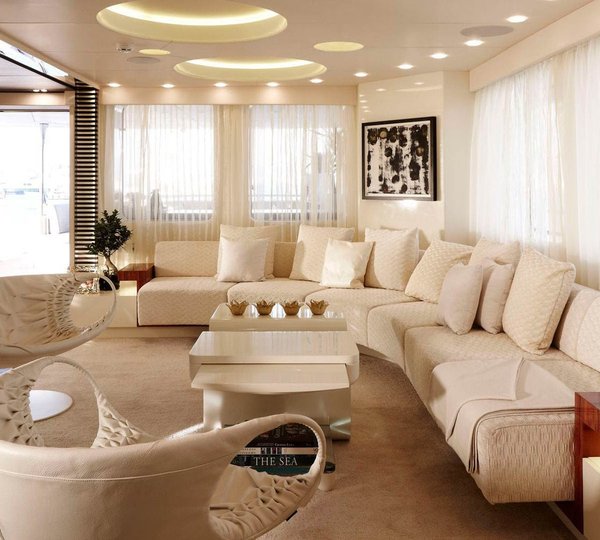 She is also fitted with two tenders for all kinds of water sports. As per multimedia and ... 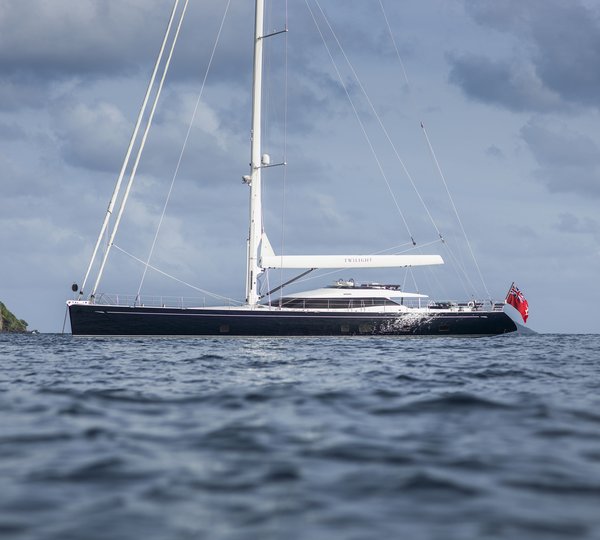 These cabins offer a far greater volume than those found within yachts of the same overall length ... 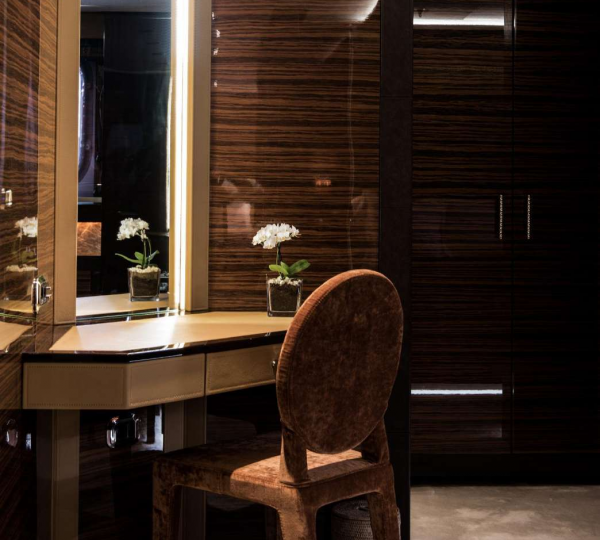 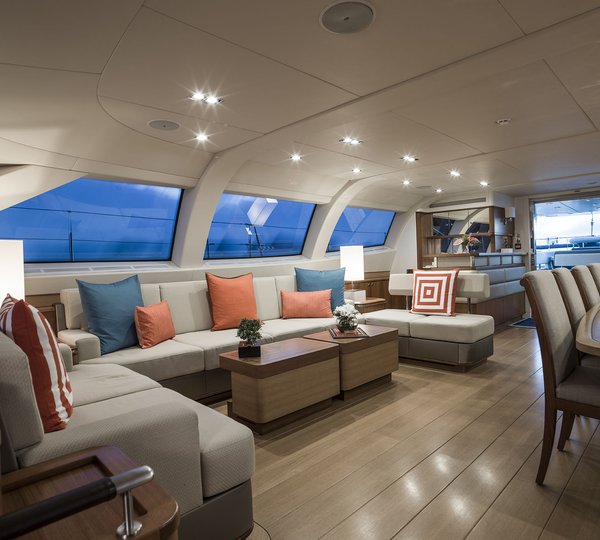