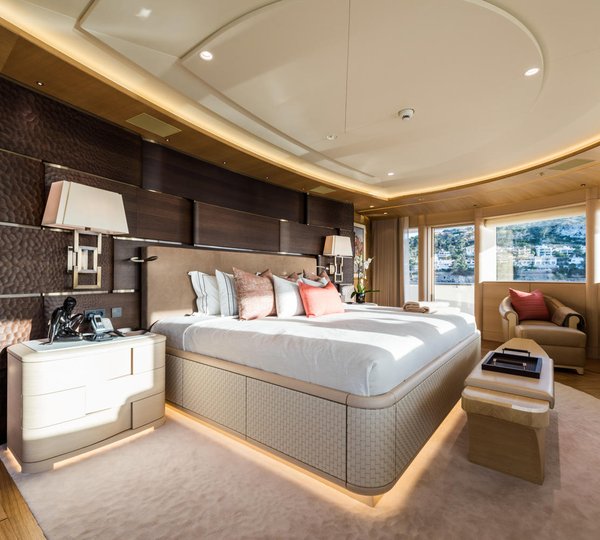 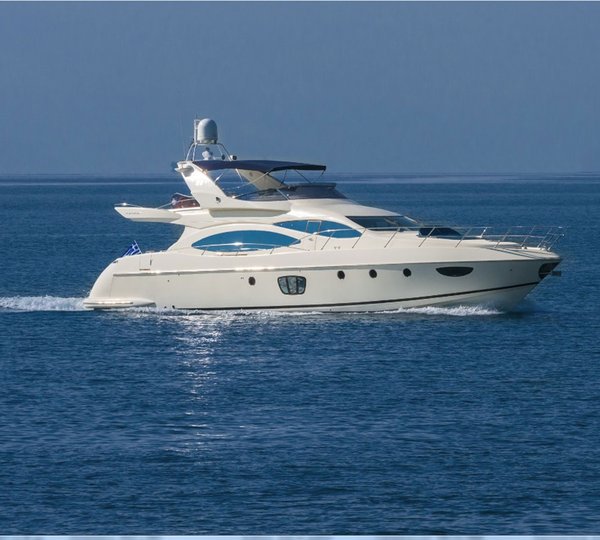 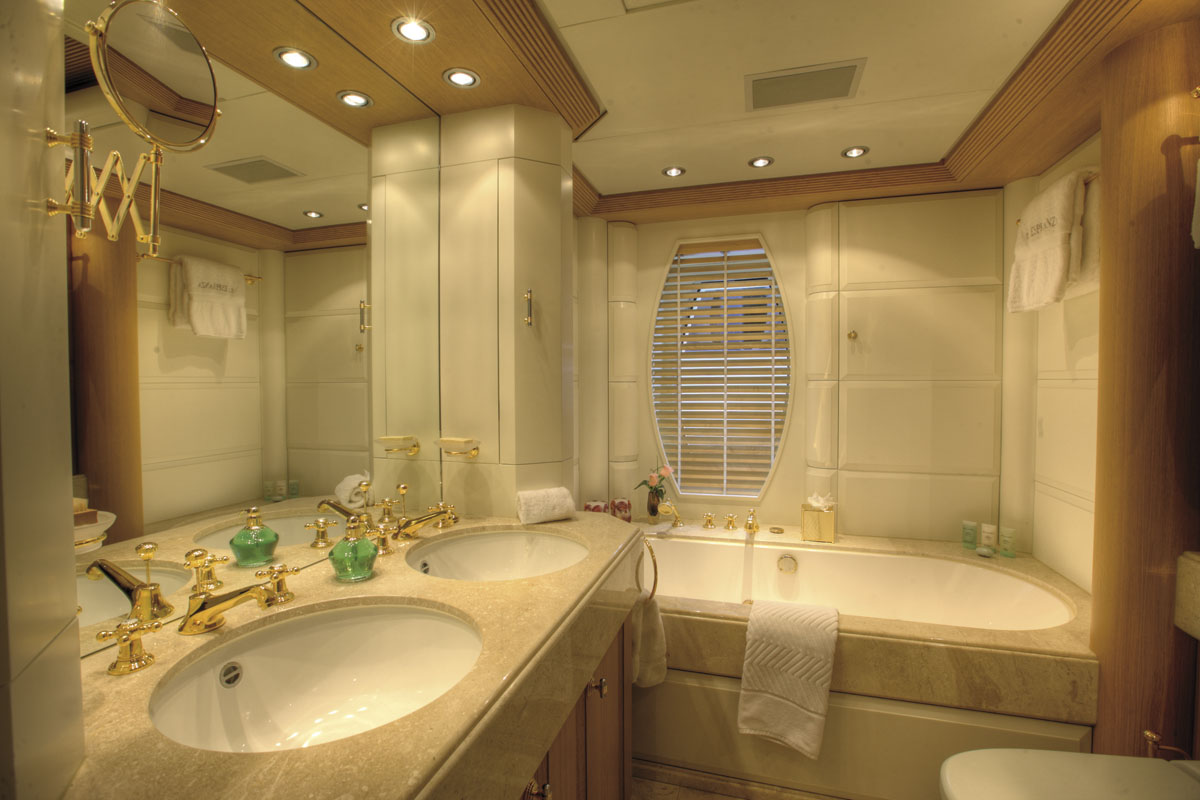 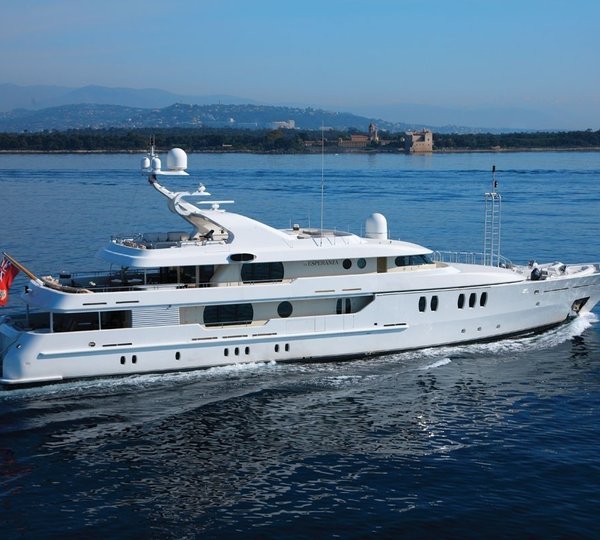 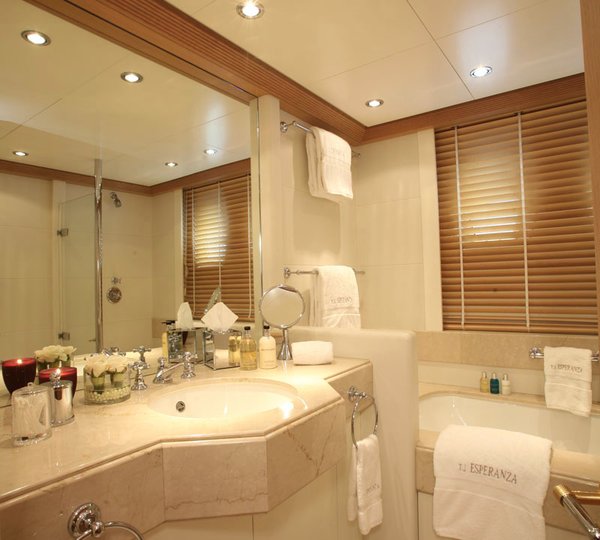 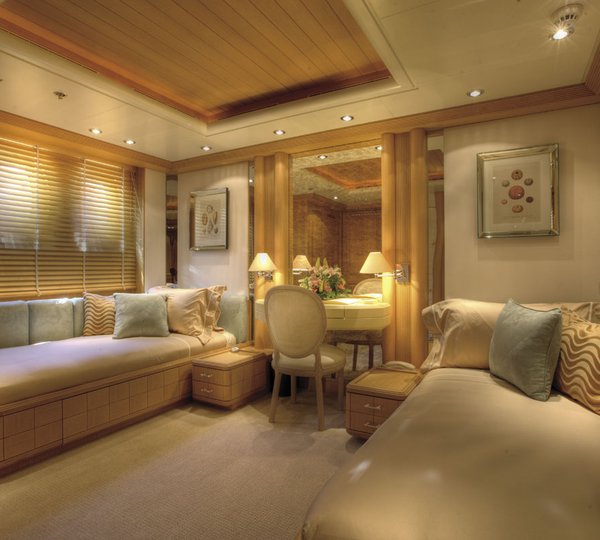 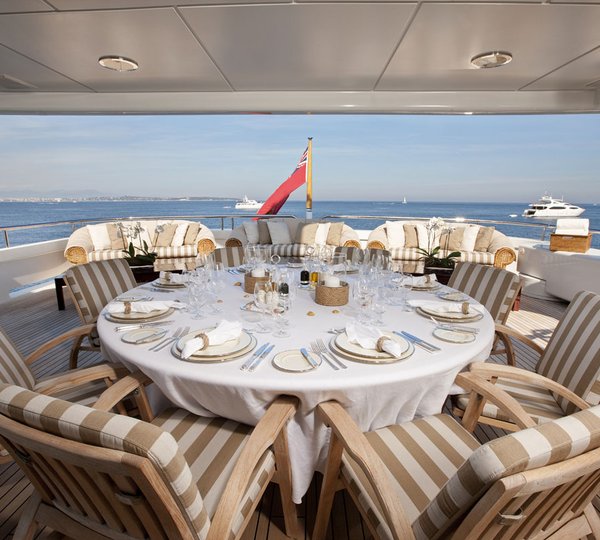 The salon and dining are laid on a split level, with the formal dining area raised and the main ... 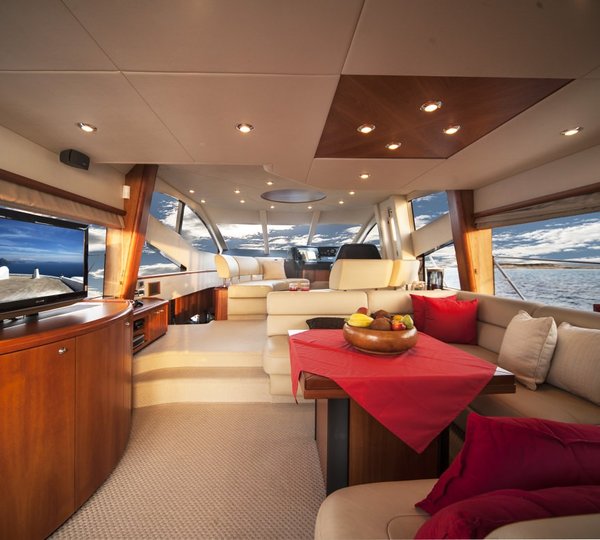 Forward of the salon, is a further seating area and the main helm station. The SAINT GEORGE ... 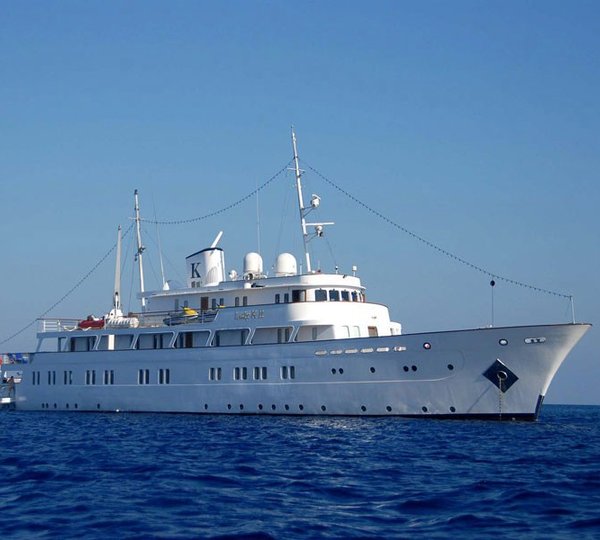 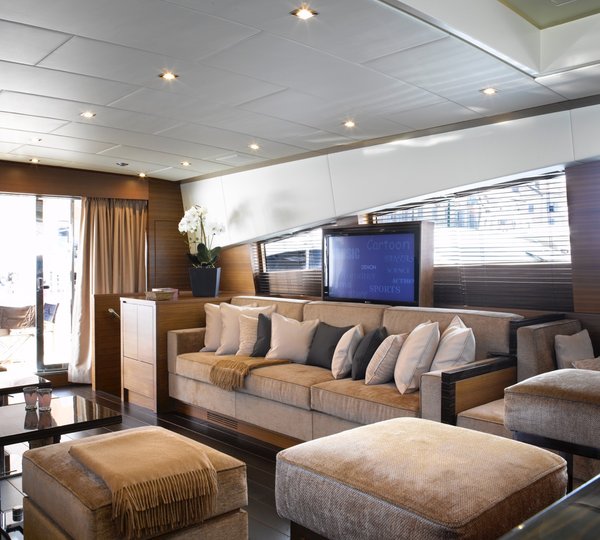 Further aft is a full beam extended swim platform, providing guests with effortless access, to the ... 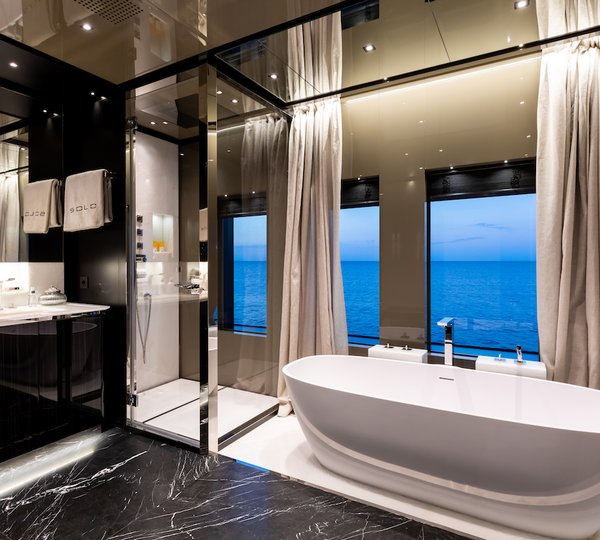 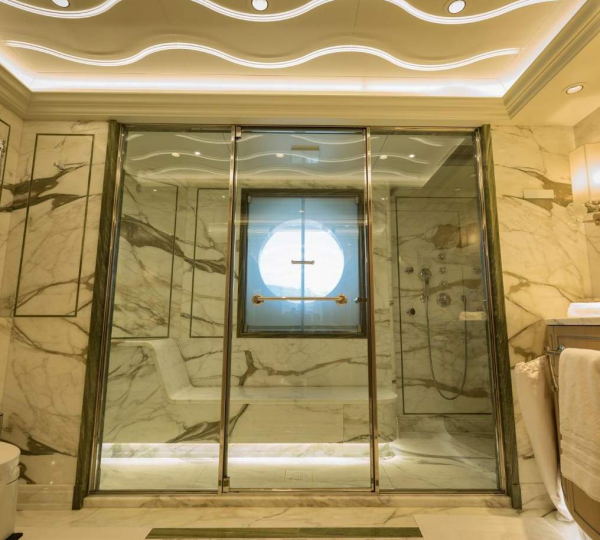