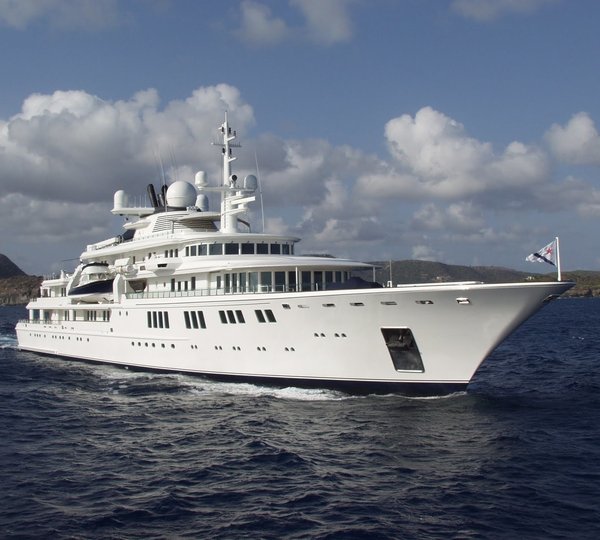 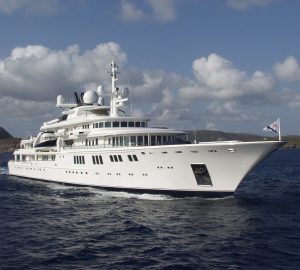 Explore the Caribbean this festive season aboard ...

If you have any questions about the TATOOSH information page below please contact us.

A Summary of Motor Yacht TATOOSH

The imposing luxury yacht TATOOSH is a motor yacht. This 92 m (303 ft) luxury yacht was constructed by Thyssenkrupp Marine Systems Ag in 2000. Superyacht TATOOSH is a beautiful yacht that can accommodate a total of 20 people on board and has around 30 crew members. This large motor yacht has a helicopter landing facility. Completed in 2000 her internal styling reflects the design know how in the designing of Terence Disdale Design / Achille Associates.

Originally built for mobile phone magnate Craig McCaw, Tatoosh was completed in June 2000. She was purchased by Microsoft co-founder Paul G. Allen, in 2001 at a reported cost of $100 million who also owns the 416-foot (127 m) Octopus. She is now the world's 26th-largest superyacht.

The yacht's general design work came from Claus Kusch and Bastiaan Sonneveld. The formal naval architect plans are the products of Claus Kusch. Motor Yacht TATOOSH received her stylish interior designing from the interior design office of Terence Disdale Design / Achille Associates. Built at Thyssenkrupp Marine Systems Ag the yacht was constructed within Germany. She was officially launched in Rendsburg in 2000 before being delivered to the owner. A sizeable proportion is brought about with a maximum beam (width) of 14.9 metres / 48.9 feet. With a 4.3m (14.1ft) draught (maximum depth) she is reasonably deep. The material steel was used in the building of the hull of the motor yacht. Her superstructure over the hull is fashioned out of steel.

This yacht is engineered with twin mightly DEUTZ-MWM diesel engine(s) and can reach a swift speed underway at 19 knots. The main engine of the TATOOSH generates 4485 horse power (or 3300 kilowatts). Her total HP is 8970 HP and her total Kilowatts are 6600. TATOOSH is propelled by twin screw propellers.

The imposing luxury yacht M/Y TATOOSH is able to sleep up to 20 guests and 30 crew members.

As she boasts a helicopter pad zone on deck this provides further support for TATOOSH. She has a aluminium-teak deck.

The luxury yacht TATOOSH displayed on this page is merely informational and she is not necessarily available for yacht charter or for sale, nor is she represented or marketed in anyway by CharterWorld. This web page and the superyacht information contained herein is not contractual. All yacht specifications and informations are displayed in good faith but CharterWorld does not warrant or assume any legal liability or responsibility for the current accuracy, completeness, validity, or usefulness of any superyacht information and/or images displayed. All boat information is subject to change without prior notice and may not be current. 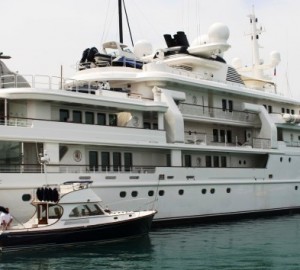 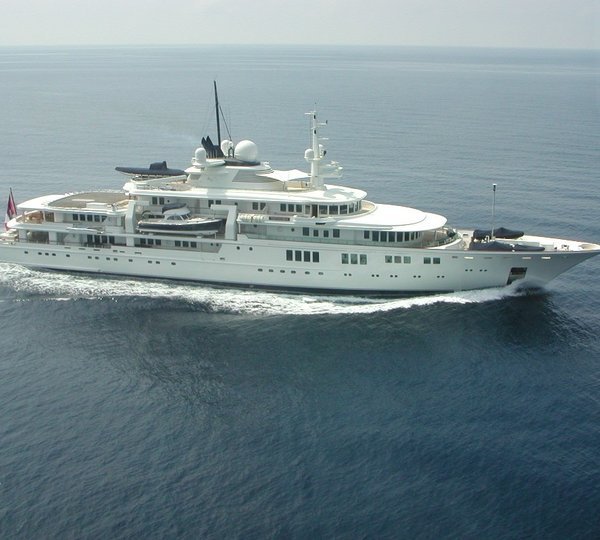 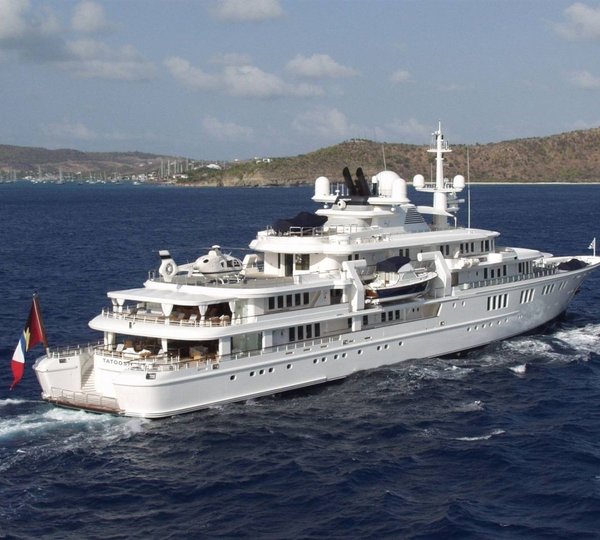 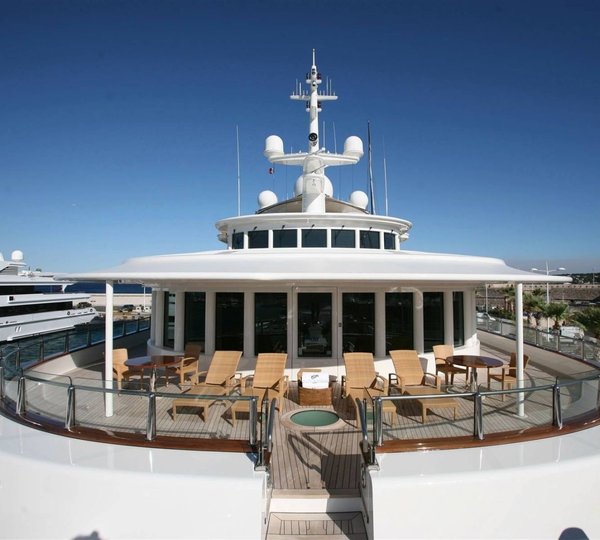 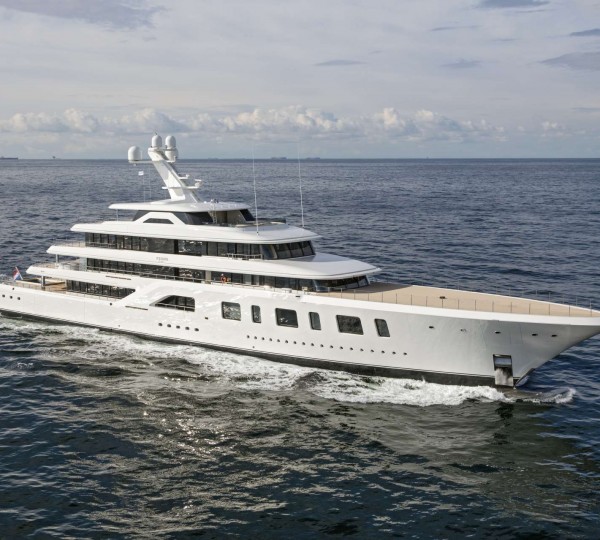 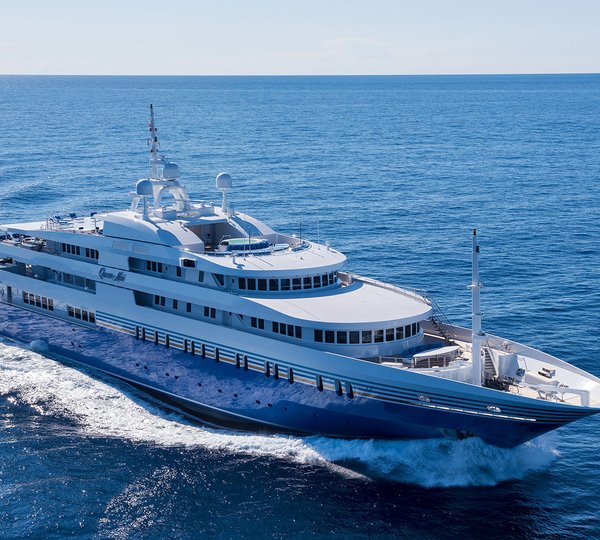 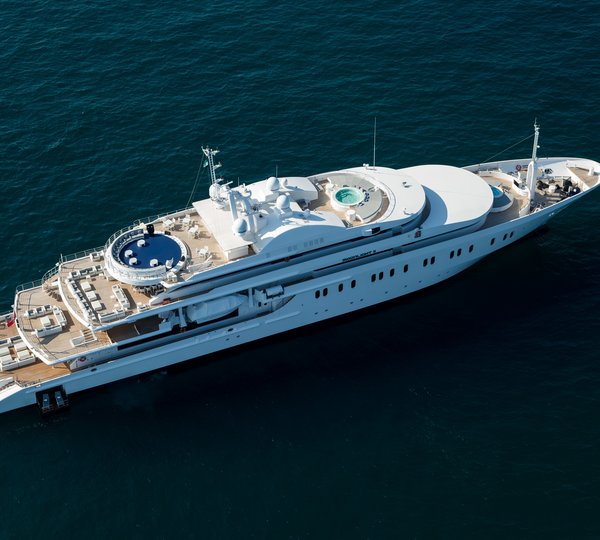